Journalists from around the state discuss news of the week with host Bill Bryant, including KentuckyOne Health's decision to sell several hospitals in Louisville and a revised forecast on the state's public pension system. Guests: Lisa Gillespie from WFPL in Louisville; Tom Loftus from the Louisville Courier-Journal; and Kevin Wheatley from Spectrum News.
S43 E27 Length 26:31 Premiere: 5.22.17

The gaping financial hole that is the state’s public pension liabilities got even deeper last week. Under new economic assumptions approved by the board of the Kentucky Retirement Systems (KRS), the unfunded liabilities in that plan could ultimately grow by as much as $3 billion.

The journalists on KET’s Comment on Kentucky discussed the more pessimistic outlook for the already beleaguered pension system, as well as updates in health care and political news.

Pension Woes Deepen
The KRS trustees voted to lower assumptions for future payroll growth and anticipated investment returns, according to Kevin Wheatley of Spectrum News. He says the board now projects no growth in state payrolls (down from an estimated 4 percent), and investment returns of 5.25 percent (down from 7 percent). He says the trustees also lowered their assumption for the inflation rate from 3.25 percent to 2.3 percent.

The changes impact the Kentucky Employees Retirement System non-hazardous plan, which covers the bulk of state workers, as well as other parts of the state pension system. Wheatley says the KERS plan alone will see its unfunded liabilities grow from $11.1 billion to $14 billion.

Tom Loftus of the Courier-Journal says Gov. Matt Bevin’s appointees to the KRS board pushed for the lower assumptions. Those trustees contend that the new projections are more realistic, and are vital to lawmakers who need to know what funding to allocate to the pension systems in the next budget biennium that starts in 2018. Loftus says legislators allocated the amount the actuaries said the pension systems needed in the last two state budgets, yet the unfunded liabilities continued to rise.

The trustees also sought to lower assumptions for the County Employees Retirement System (CERS), but deferred that decision until a future meeting. Loftus says CERS representatives argued that their payroll projections aren’t as dire and that their system gets different investment returns than KRS does. Because of the financial woes KRS faces, county officials have discussed the possibility of removing CERS from the state system, says Wheatley.

The governor is expected to call a special legislative session later this year to address tax and pension reforms. Wheatley says many first-term incumbents, especially those in the new Republican majorities in the legislature, will be reluctant to vote for anything that looks like a tax increase, even if it goes to pay down the pension debts.

House Speaker Jeff Hoover (R-Jamestown) told the State Journal in Frankfort last week that he’s not convinced a special session will occur this year because there may not be enough time for the governor to develop a reform plan and sell it to legislators and the public.

Health Care Updates
With so much uncertainty surrounding health care legislation, many Kentucky providers find themselves in a wait-and-see mode. Lisa Gillespie of WFPL Radio in Louisville says hospitals are eager to learn what may happen with Kentucky’s Medicaid waiver request. She says a decision on the Bevin administration’s proposed overhaul is expected from federal regulators in June.

KentuckyOne Health recently announced it will sell several of its Louisville facilities that serve a high proportion of low-income patients. Gillespie says they were a drag on profits for KentuckyOne’s parent company, Catholic Health Initiatives. She says KentuckyOne was formed in 2012 in hopes of gaining revenues from increased numbers of patients getting Medicaid coverage. But Medicaid doesn’t reimburse providers for services as well as private insurers do, Gillespie says.

The fate of those with preexisting conditions is also up in the air. Gillespie says congressional Republicans favor high-risk pools to cover those with long-term health issues. She says Kentucky had a high-risk pool for 13 years, but the premiums were very expensive since only the sickest people participated in the pool. Gillespie says Kentucky Access covered only about 5,000 people, compared to about 400,000 Kentuckians who gained coverage under the Medicaid expansion and 81,000 people who enrolled in insurance through either the state or federal exchange.

Small businesses are losing an insurance marketplace specially created for their needs by the Affordable Care Act. Gillespie says the Small Business Health Options Program (also known as SHOP) was plagued with problems and few companies used it. But she says it did make administrative paperwork easier for small businesses with limited human resource staffs.

Money and Politics
An official in the administration of former Gov. Steve Beshear will pay a $6,000 fine and accept a public reprimand for soliciting campaign donations on state work time.

Wheatley says Walter Gaffield was an aide to former Personnel Cabinet Secretary Tim Longmeyer, who is serving 70 months in jail for taking kickbacks from state consultants. Gaffield sought contributions to gubernatorial campaigns in 2011 and 2015, as well as for a Louisville judicial candidate, according to Wheatley.

Questions continue to surround the relationship between Gov. Bevin and an investment consultant who previously owned a Jefferson County mansion that’s now home to the governor’s family. Loftus says Neil Ramsey, who Bevin appointed to the Kentucky Retirement Systems board last year, sold the property at a substantial discount to a company called Anchorage Place LLC. Loftus says registration documents for that company do not list who actually owns it.

Ramsey has also donated to Bevin’s political campaigns, and he invested $300,000 in a medical device company partially owned by the governor, according to Loftus.

State Attorney General Andy Beshear asked the Executive Branch Ethics Commission for an opinion as to whether he can investigate Bevin’s dealings with Ramsey. Loftus says previous commission opinions have said state constitutional officers can’t investigate one another if they could be opponents in an upcoming election.

And long-time Republican fundraiser Kelly Knight Craft could be heading to Canada. Wheatley says Canadian media outlets are reporting that the Kentucky native is expected to be named the next U.S. ambassador to Canada. 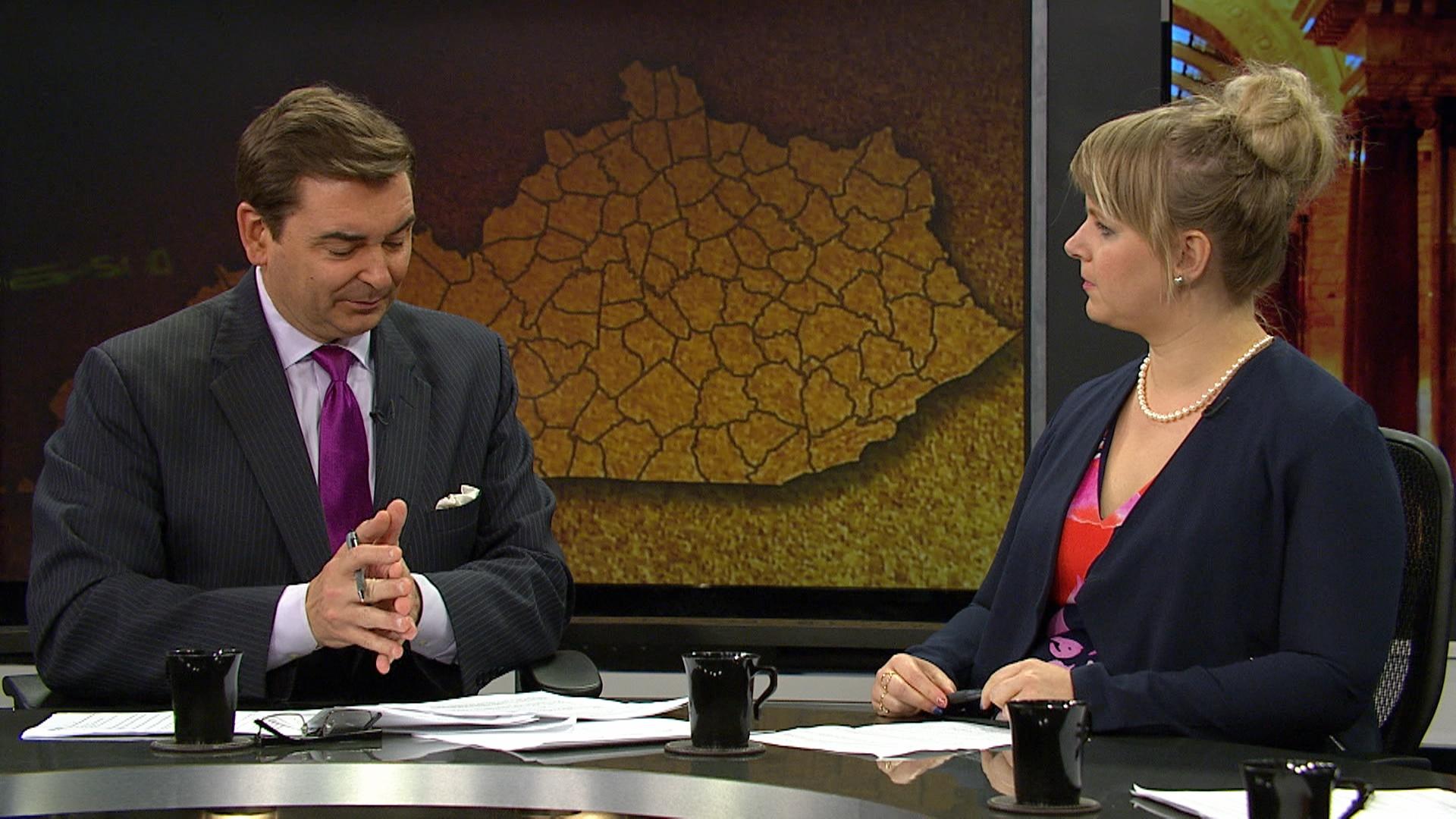