Host Bill Bryant and a panel of Journalists discuss the primary election results and other news from around the commonwealth. Guests: Bill Estep from the Lexington Herald-Leader; Nick Storm from cn|2; and Deborah Yetter from the Louisville Courier-Journal.
S42 E29 Length 26:53 Premiere: 5.20.16

But in this year’s primary, Clinton scored just over 212,000 total votes and edged Sen. Bernie Sanders by fewer than 2,000 ballots to win the state.

The journalists on Comment on Kentucky analyzed Tuesday’s voting in the Democratic primary for president and other key races in the commonwealth.

Sanders swept Kentucky’s eastern and western coalfields, which Bill Estep of the Lexington Herald-Leader attributes to anger at the Obama administration’s environmental regulations and Clinton’s statement at a town hall meeting in March that her policies would put “a lot of coal miners and coal companies out of business.” Estep says Clinton later clarified that remark to say that market forces were hurting the mining industry and that she had a plan to help struggling coal communities.

In the end, Clinton’s victory may have come down to securing large numbers of black voters, according to Deborah Yetter of the Louisville Courier-Journal. She says Clinton stumped at two African-American churches in Louisville the weekend before the primary to address those congregations and listen to their concerns.

Given the tight results, Clinton and Sanders will split Kentucky’s 55 Democratic delegates. Nick Storm of cn|2 says two of the state’s superdelegates, Congressman John Yarmuth and Charlotte Lundergan (mother of Secretary of State Alison Lundergan Grimes), have announced for Clinton. The remaining three superdelegates have not committed yet. Storm says the superdelegates don’t have to support the candidate that won the state’s popular vote, and even if they have pledged to a candidate, they can change their minds up until the Democratic National Convention in July.

Other Federal Races
In the U.S. Senate race, Democrat Jim Gray and incumbent Republican Sen. Rand Paul easily won their respective primaries. Storm says Gray, who is mayor of Lexington, will make Paul’s failed presidential bid an issue in the campaign. Gray contends that Paul’s ambitions to the White House caused him to neglect the state during the past months, but Storm says he’s uncertain whether Gray’s argument will be effective against the senator. With Democratic voters more concentrated in Kentucky’s more populous communities, Storm says Gray will likely focus his campaign efforts on 20 or 30 counties to try to drive as much turnout as possible.

Storm adds that Paul is likely to paint Gray as a supporter of President Obama, Secretary Clinton, and other national Democratic figures who are unpopular in Kentucky.

In the 1st Congressional district in southern and western Kentucky, former Commissioner of Agriculture James Comer easily won the Republican primary. Storm says Comer was able to garner significant support around his home county of Monroe, which is a GOP stronghold. Storm says the second-place finisher in the race, Mike Pape, tried to run as an outsider and align his campaign with presidential candidate Donald Trump. But Pape, who worked for retiring Rep. Ed Whitfield, only got 23 percent of the vote in the district compared to Comer’s 61 percent.

State Legislative Contests
Two veteran state lawmakers went down to defeat in Tuesday’s voting. Deborah Yetter says former Louisville Metro Council member Attica Scott defeated Democratic incumbent Rep. Tom Riner in the 41st House district. Riner had been in the legislature for 34 years. Yetter says no Republican filed to run in that district, so Scott will be the new representative and the first African American woman to serve in the General Assembly since 2000.

In the 33rd House district in Jefferson and Oldham Counties, Republican incumbent Rep. Ron Crimm lost to Louisville attorney Jason Nemes. Nick Storm says Crimm had been in the legislature for 20 years.

In other closely watched races, the incumbents survived their primary contests. In the 33rd Senate district in Louisville, Sen. Gerald Neal defeated two Democratic challengers. Yetter says Neal, who has been in the Senate since 1989, won with 48 percent of the vote.

In eastern Kentucky’s 31st Senate district, Sen. Ray Jones held off Democratic contender Glenn Hammond. Bill Estep says Jones spent more than $400,000 in what he describes as an acrimonious race in which the candidates tried to link each other to President Obama and the so-called war on coal.

Coal Jobs Hit Record Low
Kentucky has the fewest number of working coal miners since 1898, according to Estep. He says there are now about 3,900 miners in the commonwealth. That compares to 15,600 miners in early 2009. Despite a number of federal grants and diversification efforts, Estep says the region is still struggling to replace coal jobs as that industry has contracted. He says analysts believe the state’s remaining coal reserves will be mined for years to come, but the employment level will never be what it once was.

Estep says compliance with coal mine reclamation rules has improved slightly in the most recent reporting period. He says 69 percent of inspections showed no surface mining impacts beyond the mine sites. That’s up 1 percent from the previous reporting period, but down from a high of 88 percent compliance a few years ago, according to Estep. 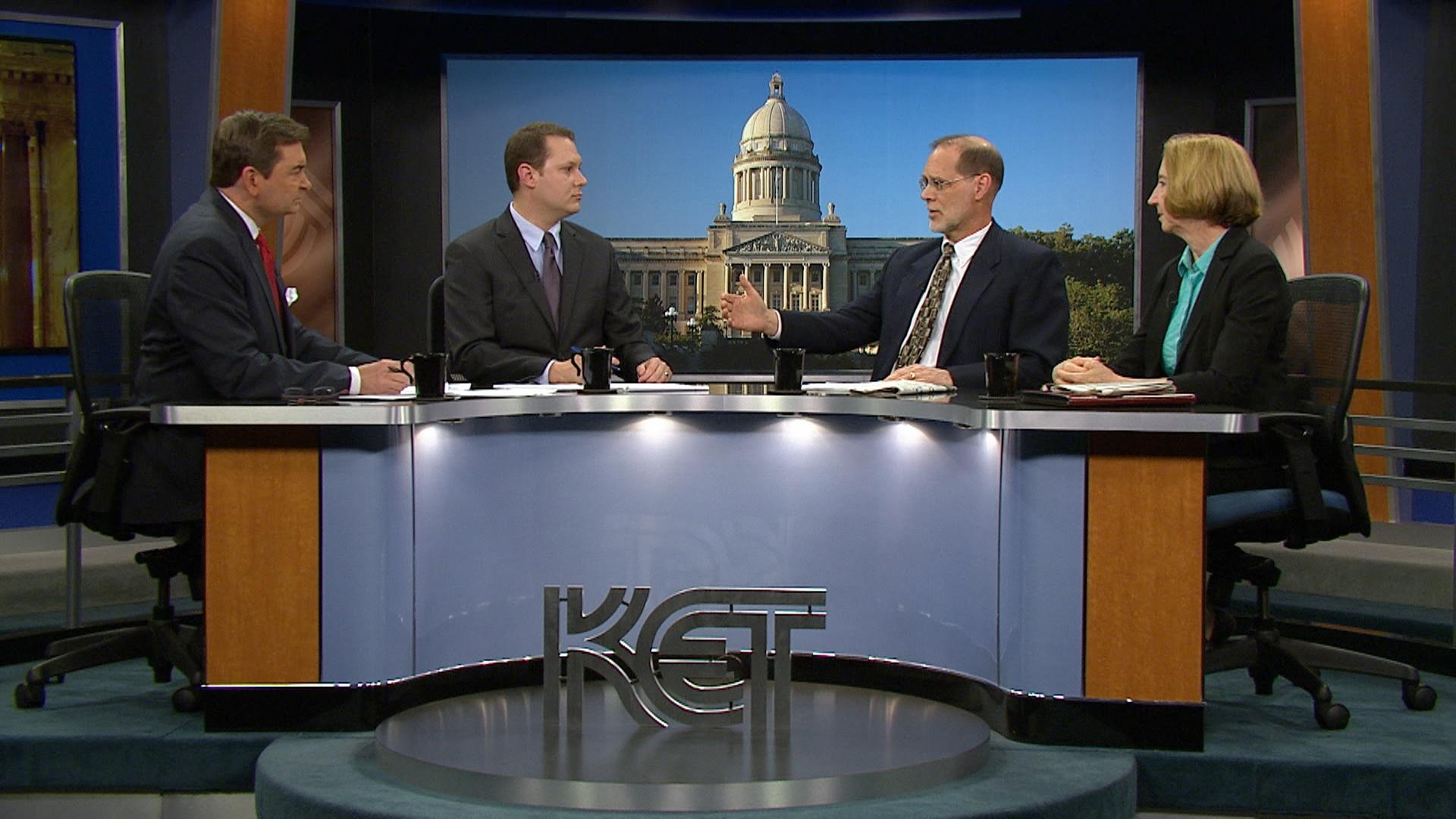