It’s already been a record-setting year of economic development announcements for the commonwealth. And Gov. Matt Bevin says there will be more good news to come.

The journalists on KET’s Comment on Kentucky discussed new investments coming to the state, as well as the governor’s relationship with the media and a new book from former Gov. Steve Beshear.

Economic Development News
So far this year, companies have announced plans to invest a record $5.8 billion in Kentucky, which will create 9,500 jobs, according to Gov. Bevin.

Most of that money will come from three major projects, says Jack Brammer of the Lexington Herald-Leader: Toyota is upgrading its Georgetown auto manufacturing facility; Amazon is building an air hub in northern Kentucky; and Braidy Industries plans to construct a new aluminum rolling mill in Greenup County. Brammer says the governor thinks the state could end 2017 with $10 billion in corporate investments.

Bevin credited the state’s new right-to-work status for helping to lure these investments to the commonwealth. But the AFL-CIO and Teamsters Union have filed a lawsuit challenging the right-to-work law the legislature passed in January. Ryland Barton of Kentucky Public Radio says the labor groups contend the law is unconstitutional since it forces unions to provide representation and benefits to employees of organized workplaces even if those workers don’t pay union dues. Barton says the unions are seeking an injunction in Franklin Circuit Court to immediately suspend the law while the lawsuit proceeds.

State officials have explained the mysterious economic development bill that surfaced in the final hours of this year’s General Assembly session. Brammer says the Bevin administration made the last-minute request for $15 million to go to a then-unnamed manufacturing prospect. The money will go to Braidy Industries through a special investment panel the state created about 20 years ago. Brammer says that group provides seed funding to early-stage companies in the state.

Returns on those investments go back into the fund to invest in future projects. Brammer says the panel was established as a separate entity because state law prevents the commonwealth from owning stock in companies. He says that it’s not yet known what other companies this panel has invested in on the state’s behalf.

Deborah Yetter of the Louisville Courier-Journal says it’s difficult for journalists to get responses from the governor’s office. She says relations between the press and former Gov. Ernie Fletcher, a Republican who served from 2003 – 2007, got off to a rocky start but eventually improved over time.

The relationships between journalists and gubernatorial administrations have changed over the years. Yetter says that in the past, reporters would work with state officials to delay publication of certain stories or help explain especially complicated issues. She recalls how journalists were horrified when Fletcher’s press office asked to have questions for the governor submitted in writing, but says now that’s a common occurrence thanks to email. Democrat Wallace Wilkinson also requested written questions during his term as governor from 1987 – 1991.

Instead of working with journalists, Bevin prefers to deliver his message directly to voters through his Facebook and Twitter pages. Brammer applauds the governor for embracing new communications technologies. He points to how President Franklin Roosevelt went on radio and President John F. Kennedy used television to talk to the nation. But Brammer says he hopes Bevin doesn’t think Kentuckians should only get their news about his administration from his social media posts.

Brammer adds that he thinks the governor believes some journalists have personally attacked him on several matters, including the purchase of a Jefferson County mansion where the Bevin family now lives. A government watchdog has filed an ethics complaint against the governor over the matter. Brammer says Richard Beliles wants the Executive Branch Ethics Commission to investigate how the governor came to live in the home that was purchased by an LLC for substantially less than its valuation price. Beliles is chairman of Common Cause of Kentucky, but is filing the compliant as a personal citizen, according to Brammer.

The owners of that company were a mystery until Bevin told Lawrence Smith of WDRB-TV in Louisville that he used the LLC to purchase the property for liability and estate planning purposes. Neil Ramsey, an investment consultant and Bevin campaign donor, previously owned the house. Bevin named Ramsey to the board of the Kentucky Retirement Systems last year.

Beshear on Gay Marriage and Public Pensions
Former Gov. Steve Beshear has taken on a new job: book author. Brammer says the Democrat just released “People Over Politics,” a 361-page book that details his eight years in office and examines some of the issues challenging the state. The former governor touts the strong bipartisan relationships he fostered with several Republicans, including 5th district Congressman Hal Rogers and State Senate President Robert Stivers (R-Manchester).

Beshear also reveals that he came to approve of same-sex marriages even though his administration lead a court fight to uphold marriage as a union between a man and woman. Yetter says Beshear didn’t want to inject his personal views into the public debate over gay marriage. Instead he wanted the courts to decide the matter in a way that Kentuckians would accept, she says.

The former governor also warns voters to be wary of politicians who frequently invoke the name of God. Beshear says flaunting personal religious beliefs doesn’t guarantee that a politician will be a good leader, according to Yetter.

Finally, Beshear contends the state is not facing a pension doomsday. He says the funding problems in the state employee and teacher retirement systems occurred over a number of years, and will take years to resolve. Yetter says the Democrat who served from 2007 to 2015 argues that pension reforms already enacted by the legislature will generate the necessary results if given enough time.

Other Frankfort News
Gov. Bevin says there’s a “100 percent chance” he will call a special legislative session on tax and pension reform. Some Republican lawmakers have speculated whether they would pass a tax overhaul plan that generates more revenues for the state. But Barton says the governor seems willing to jump into a special session even if key legislators aren’t on board with the idea. The Bevin administration has hired a public relations firm to help promote tax modernization, but Brammer says the governor will have to personally sell voters and lawmakers on his reform package.

Bevin is also continuing his push to overhaul foster care and adoption in Kentucky. The governor says prospective foster and adoptive parents find it difficult to navigate the state system, which leaves too many children without good homes. Yetter says reforming the system won’t be easy, though. She says the process is complicated by numerous federal regulations and due process procedures for biological parents facing a possible termination of their parental rights. Yetter says there’s also a severe lack of social service workers needed to process foster and adoption cases.

And a ruling on Kentucky’s Medicaid waiver application is expected in June. Yetter says if federal officials approve the overhaul proposed by the Bevin administration, it would be the first time Medicaid coverage would include a work requirement. 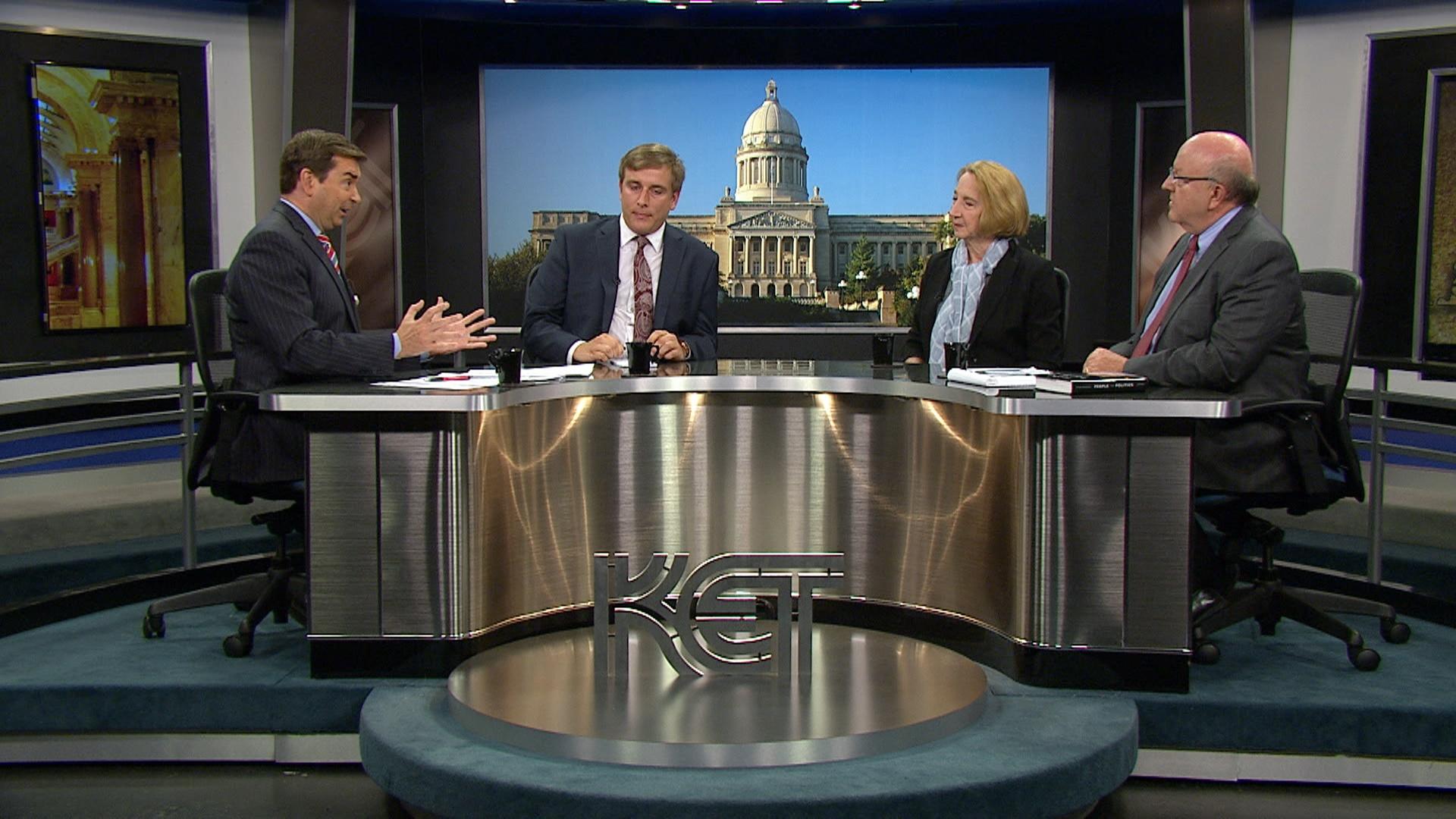