Journalists from around the state discuss news of the week with host Bill Bryant, including visits to the commonwealth from Democratic presidential candidates Bernie Sanders and Hillary Clinton. Guests: Jack Brammer of the Lexington Herald-Leader; Ronnie Ellis of CNHI News Service; and Lawrence Smith of WDRB-TV in Louisville.
S42 E27 Length 26:31 Premiere: 5.6.16

The celebrities have left town, the fancy hats have been packed away, and the julep cups are back up on the shelf. The state’s annual rite of spring is history, which means Kentuckians can now turn their attentions from betting on Thoroughbreds to voting in political races.

To celebrate the Derby, the journalists on Comment on Kentucky discussed the Democratic presidential contest and other key races to watch in the state’s May 17 primaries.

Jack Brammer of the Lexington Herald-Leader says Hillary Clinton’s stop in eastern Kentucky was part of a two-day tour of Appalachia scheduled to help her mend fences with displaced coal miners. Clinton has been criticized for telling a town hall forum in March that her plans to reduce America’s dependence on fossil fuels would put “a lot of coal miners and coal companies out of business.” In Ashland, Brammer says Clinton touted her $30 billion plan to help the region recover as well as retrain out-of-work miners and preserve their health and retirement benefits.

Ronnie Ellis of CNHI News Service says he thinks Clinton was surprised by the frosty reception she received in Appalachia. He says many in the region blame the Obama administration’s environmental regulations for decimating the coal industry, and those negative feelings extend to Clinton. Ellis says the coal industry in Kentucky has lost 12,000 jobs over the last eight years. He says coal now employs only 6,900 people in the state, which is the lowest level in more than a century.

Bernie Sanders has proposed his own $41 billion program to help coal country, according to Lawrence Smith of WDRB-TV in Louisville. He says Sanders drew a large and enthusiastic crowd of mostly young supporters at a Louisville rally last Tuesday. Smith says Sanders received the biggest applause when he promised to provide free college tuition and assist those already saddled with tuition debts.

Although Bill Clinton carried the state in the 1992 and 1996 presidential elections, the prospects for Hillary Clinton look less optimistic. Brammer says both Clintons are expected to return to the state this week in hopes of securing a primary victory against Sanders, but Brammer says he expects a tight race.

State Republican Leaders Not Yet on Trump Bandwagon
Now that Donald Trump is the presumptive Republican nominee for president, many wonder if he can rally the party establishment around his candidacy. Although he won the Kentucky GOP caucus in March, some Republican leaders in the commonwealth have been slow to embrace the New York businessman

Ellis adds that McConnell has already given other Republican candidates on the ballot this year permission to distance themselves from Trump and even run ads against the nominee. Ellis adds that anti-Trump sentiment within the GOP extends to conservative columnist George Will, who recently encouraged Republicans to vote for Hillary Clinton this year and then focus on finding a better nominee for the 2020 presidential election.

This week, Gov. Matt Bevin declined to back Trump in the presidential race. Smith says the Republican wants to wait until after the GOP convention in July to make his endorsement. During last year’s gubernatorial campaign, Bevin said he liked Dr. Ben Carson the best among the Republican presidential contenders at that point.

Among the 19 state Senate seats up for re-election this year, Ellis says he’s watching contests in the 15th and 31st senatorial districts. In the 15th, four Republicans are vying for the seat that represents Boyle, Lincoln, and Pulaski Counties: Rick Girdler, Don Moss, and Joshua Nichols of Somerset; and Michael Keck of Science Hill. There is no Democrat in that race, so the winner of the GOP primary will succeed Sen. Chris Girdler, who is not seeking reelection.

Then in the 31st, incumbent Democrat and Senate Minority Floor Leader Ray Jones will face Pikeville attorney Glenn Martin Hammond. Ellis says Hammond is positioning himself as a conservative Democrat, and running commercials that associate Jones with the policies of President Obama and former Secretary Clinton. The 31st senatorial district includes Elliott, Lawrence, Martin, Morgan, and Pike Counties. The winner of the Democratic primary will face no Republican opposition in the November election. 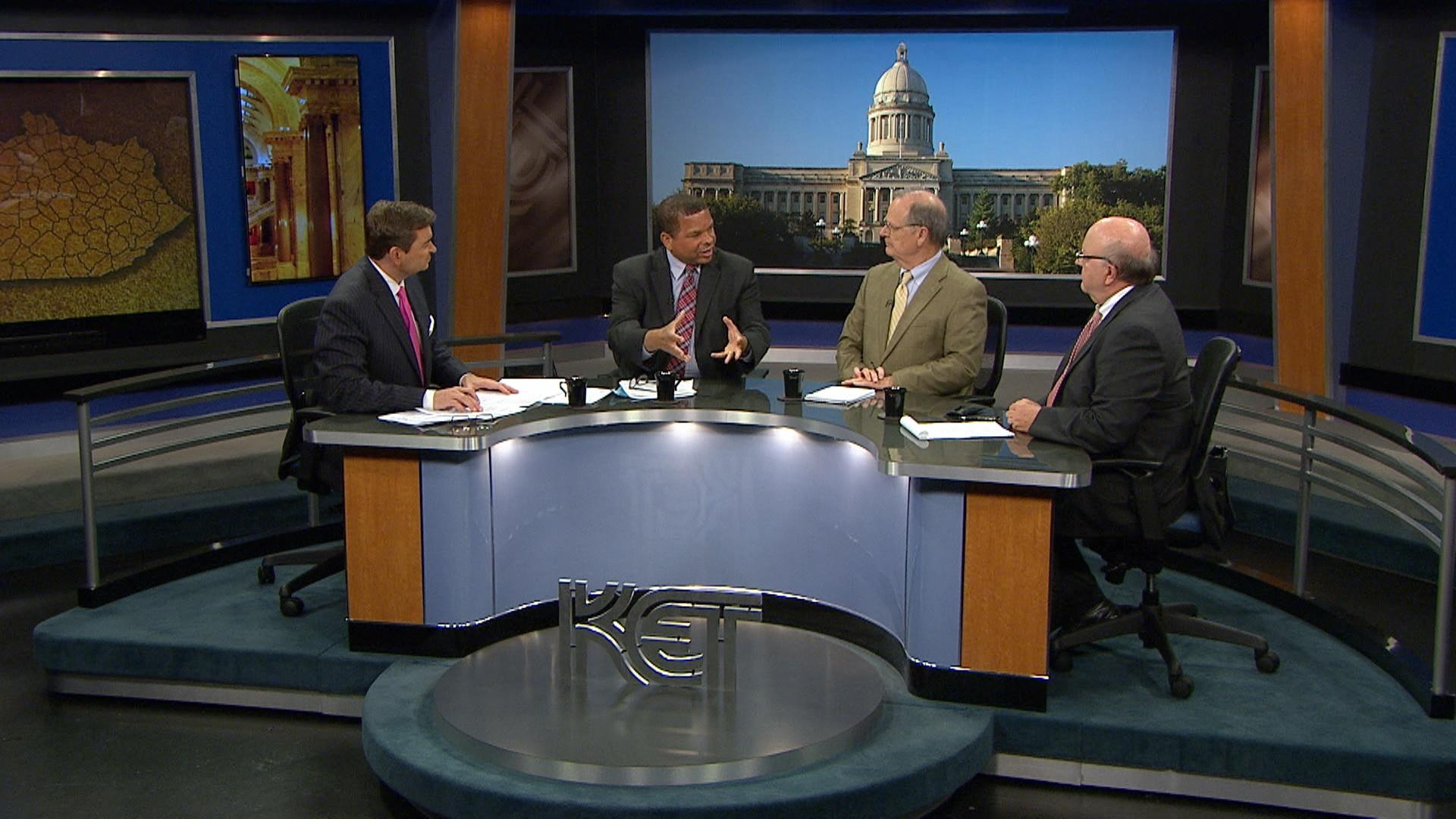