Last week’s surprise resignation of Rep. Jeff Hoover as speaker of the state House of Representatives upended the GOP majority in Frankfort and their plans for pension reform.

The journalists on KET’s Comment on Kentucky discussed the ramifications of the sexual harassment settlement agreement involving Hoover and three other House Republicans. They also reviewed the latest in the pension debate, challenges facing the state’s U.S. senators, prospects for the 2018 elections.

Hoover Hospitalized Following Resignation
Just days after The Courier-Journal reported that he had secretly settled a sexual harassment claim, Rep. Hoover resigned as House Speaker on Nov. 5. In his statement, the Jamestown Republican admitted making mistakes and apologized for them, but he denied harassing anyone, according to Tom Loftus. When Hoover finally announced his resignation as Speaker at the end of his statement, Loftus says the lawmaker’s voice cracked with emotion.

Loftus says Hoover wanted the speaker’s job his whole life. Hoover’s father was a long-time Republican operative who was elected to the state House in 1986. But Welby Hoover died before taking office, and in his place, party officials selected his wife to represent their south-central Kentucky district. Jeff Hoover followed in his parents’ footsteps and was elected in 1996 to serve that same district.

Loftus says Hoover brought significant political skills and experience to being Speaker, even though he only got to serve in the post for less than a year after Republicans gained control of the House in 2016 elections.

Hoover was hospitalized late last week for a heart-related issue, according to his family. Adam Beam of the Associated Press says Hoover’s father had diabetes and died from a heart attack, and that Hoover himself was diagnosed with diabetes earlier this year. House Minority Floor Leader Rocky Adkins (D-Sandy Hook) issued a statement wishing Hoover a speedy recovery, according to Beam.

What’s Next for the House and Pension Reform
For now, Speaker Pro Tem David Osborne (R-Prospect) is serving in Hoover’s place. Beam says Osborne has taken “operational control” of the House but isn’t calling himself speaker. Loftus describes Osborne, who has been a state representative since 2005, as ideologically consistent with Hoover and House Majority Floor Leader Jonathan Shell (R-Lancaster).

The House GOP caucus has launched an investigation into the alleged sexual harassment involving Hoover as well as Representatives Jim DeCesare (R-Bowling Green), Brian Linder (R-Dry Ridge), Michael Meredith (R-Oakland). That investigation is expected to be completed in about 10 days.

Meanwhile House Democrats are calling for an independent review of the allegations. Beth Musgrave of the Lexington Herald-Leader says Democrats fear the findings may be kept private under attorney-client privilege between House Republican leaders and the Louisville law firm they hired to conduct the investigation. But Musgrave says the Republicans have pledge to make the report public.

Among the key questions still to be resolved is how much money was paid under the settlement agreement, and who paid it. Beam says it’s uncertain whether the four men listed in the settlement paid it, or if public funds or private donations were used.

The scandal has interrupted the Bevin Administration’s push to complete public pension reform before the end of the year. Beam says it’s difficult to see a path to a special legislative session in the remaining weeks of 2017 given the harassment investigation and the upheaval in House leadership.

Late last week, consultants released a financial analysis of the proposed changes to the Kentucky Teachers’ Retirement System. Beam says that review indicates the reforms would cost the state an additional $4.4 billion over the next 20 years. He says that will give critics of the reform legislation more ammunition. A similar analysis of the impacts on the Kentucky Retirement Systems is expected today.

A coalition of groups representing teachers and school officials released their own reform proposal last week. Beam says lawmakers are unlikely to adopt the “Shared Responsibility Plan” but he says the current draft legislation will have to be changed before it will gain enough votes for passage.

U.S. Senate News
The next-door neighbor who allegedly attacked U.S. Rand Paul at his Bowling Green home has pleaded not guilty to assault charges. Beam says Rene Boucher allegedly tackled Paul while the senator was mowing his yard. Paul suffered six broken ribs in the incident and has excess fluid around his lungs.

Beam says no one knows the exact nature of the dispute between the two men, although reports indicate it was an argument over lawn debris. He says Paul has retained a personal injury attorney in the matter.

Paul’s recovery means Senate Majority Leader Mitch McConnell has one less Republican vote he needs to ensure passage of the GOP tax reform package, says Beam. That’s yet another headache for Kentucky’s senior senator. Beam says McConnell called on Republican Senate candidate Roy Moore of Alabama to drop out of his race if allegations that Moore had inappropriate relationships with underage girls proved to be true. Moore is running in a special election to replace former Sen. Jeff Sessions, who is now U.S. Attorney General.

Election Updates
The filing window for Kentuckians planning to run in the 2018 elections is now open. The Democratic primary in the state’s 6th Congressional district is the focus of intense speculation as Lexington Mayor Jim Gray considers a candidacy in that race. Musgrave says Congressman John Yarmuth (KY-3), the state’s only Democrat in Washington, is encouraging Gray to challenge incumbent Rep. Andy Barr.

Gray could prove a strong candidate in such a match up. Musgrave says Gray got 51 percent of the vote in the 6th district in his unsuccessful bid for U.S. Senate last year. But Gray must choose whether he wants to seek a third term as Lexington’s mayor or run for Congress, says Musgrave. The Democratic primary in that Congressional race already includes retired Marine fighter pilot Amy McGrath, state Sen. Reggie Thomas (D-Lexington), and Geoff Young, a former assistant director of the Kentucky Energy Office.

Rowan County Clerk Kim Davis says she intends to seek reelection. Beam says this will be the first time Davis has faced voters since she refused to issue marriage licenses to same-sex couples after the 2015 U.S. Supreme Court decision that legalized gay marriage. Beam says one of the men that Davis denied a license to may challenge her in that race.

And state Rep. Jim Wayne (D-Louisville) announced that he will retire at the end of his term. Wayne has served in the House for 26 years and Loftus says he has been an aggressive and articulate spokesman for the liberal wing of the Democratic Party. 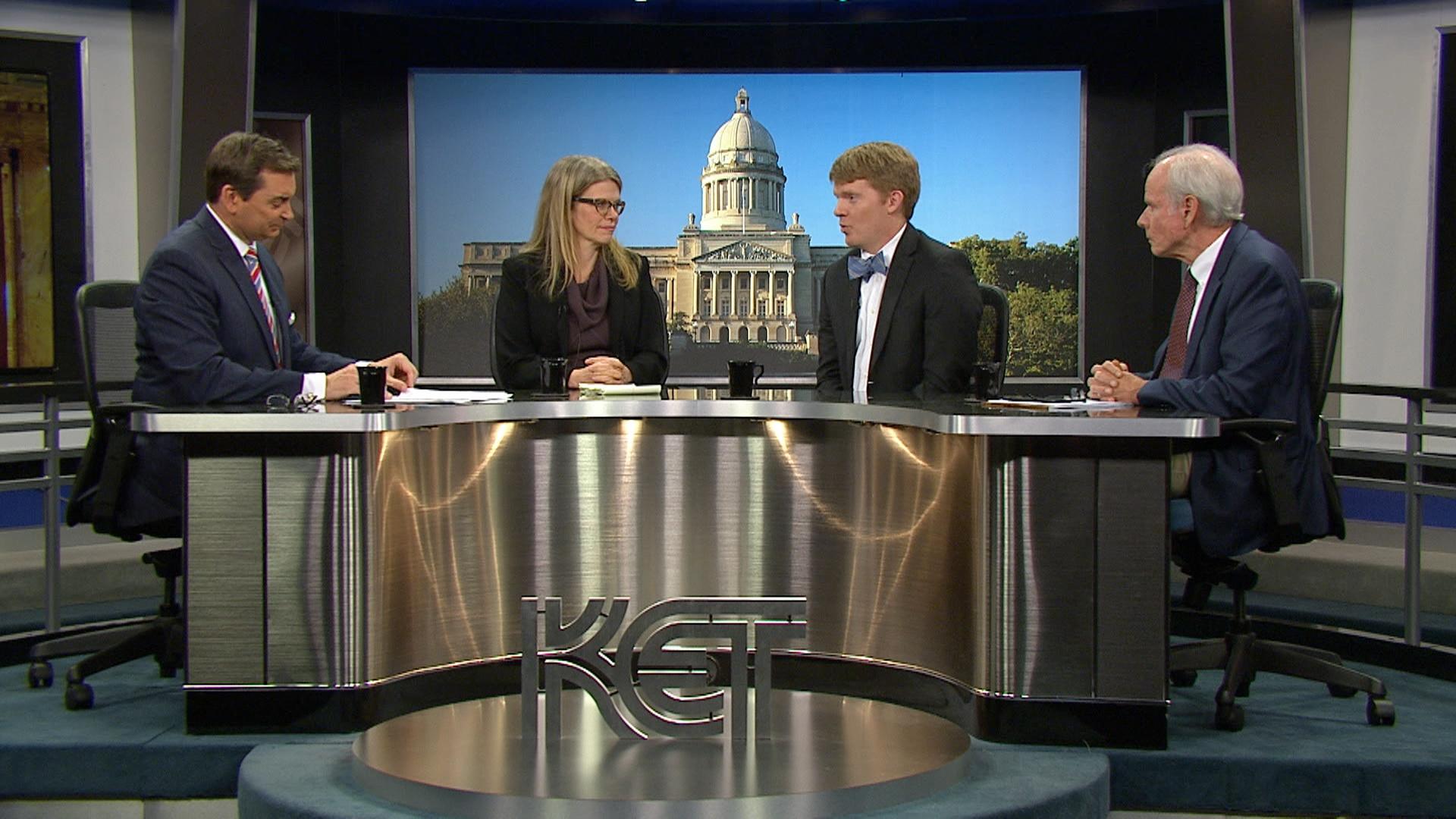