With a month until inauguration day, Gov.-elect Matt Bevin announced two key staff appointments and launched a website for those wanting to work in his administration.

The journalists on Comment on Kentucky reviewed Bevin’s preparations for taking office and discussed whether the Republican will try to recoup his campaign loans and what health care policy changes he might make.

Pitt is a 38-year veteran of Wyatt, Tarrant, and Combs LLP. Kevin Wheatley of cn|2 says Pitt negotiated the settlement of a state hiring investigation against former Gov. Ernie Fletcher. He says Pitt is a highly regarded corporate attorney who can help Bevin navigate the state hiring system.

Loftus says he’s curious to see how Bevin fills other key appointments in his administration. Since Republicans have held the governor’s office for only four years in the last four decades, Loftus says the GOP has a shallow bench of people with executive branch experience. He says Brickman and Pitt are strong selections, but cautions that it can take upwards of 50 highly qualified people to keep an administration running smoothly.

The Bevin transition team also launched a website last week to accept applications for the hundreds of non-merit jobs that will be open in his administration. Wheatley says the website initially asked for applicants who shared the governor-elect’s “traditional values.” The transition team changed the wording to say “conservative values” so as to better communicate that Bevin would be inclusive in his hiring.

Health Care Debate Continues
Outgoing Gov. Steve Beshear defended his signature health care achievements in a news conference on Friday. Kevin Wheatley reports that Beshear says the Medicaid expansion will cost the state $257 million over the next two years. But Beshear says that will be offset by $557 million in new economic activity resulting from the approximately 400,000 additional people covered under the eligibility expansion.

Beshear also encouraged the incoming governor to keep the state’s health insurance exchange. Should Bevin dismantle Kynect, as he has pledged to do, it would be the first successful state exchange to be shut down, according to Wheatley.

Tom Loftus says the normally stoic Beshear grew emotional as he discussed the thousands of families who are no longer burdened by the stress of not having health insurance. He says Beshear claimed that the health of Kentuckians will continue to improve as long as the reforms remain in place.

Bevin responded to Beshear’s press conference by saying that the time for politics on the issue is over. Kevin Wheatley says Bevin believes the Medicaid expansion isn’t sustainable. He says the Republican is considering changes to the Medicaid program that could include having recipients pay small premiums for their coverage. Wheatley says Bevin’s transition team will continue to explore options for making health care more affordable for the state.

Campaign Debts
Now that the election is over, some are wondering if Bevin will try to recoup the millions of dollars he loaned to his campaign. Tom Loftus estimates the Louisville businessman gave at least $3.5 million to his primary and general election efforts.

He says previous governors who self-financed their campaigns have sought contributions to pay back campaign debts. Although the practice is often criticized, Loftus says soliciting donations is easier once the individual has secured political office.

But asking supporters for money now could put Bevin in an interesting position. Kevin Wheatley says that’s because the Republican campaigned as a political outsider who wasn’t beholden to campaign contributors.

Eastern Kentucky News
Officials in Letcher County are facing the prospect of significant cuts to local government operations, says Miranda Combs of WKYT-TV. She says coal severance revenues for the county are a quarter of what they were only three years ago. Letcher County was once home to some 70 coal mines; now only three remain.

Combs says a new federal prison is slated for the county, which will create temporary construction jobs as well as several hundred permanent positions once the facility opens. She says there’s also hope that the Shaping Our Appalachian Region initiative will help lift the county out of its economic despair. 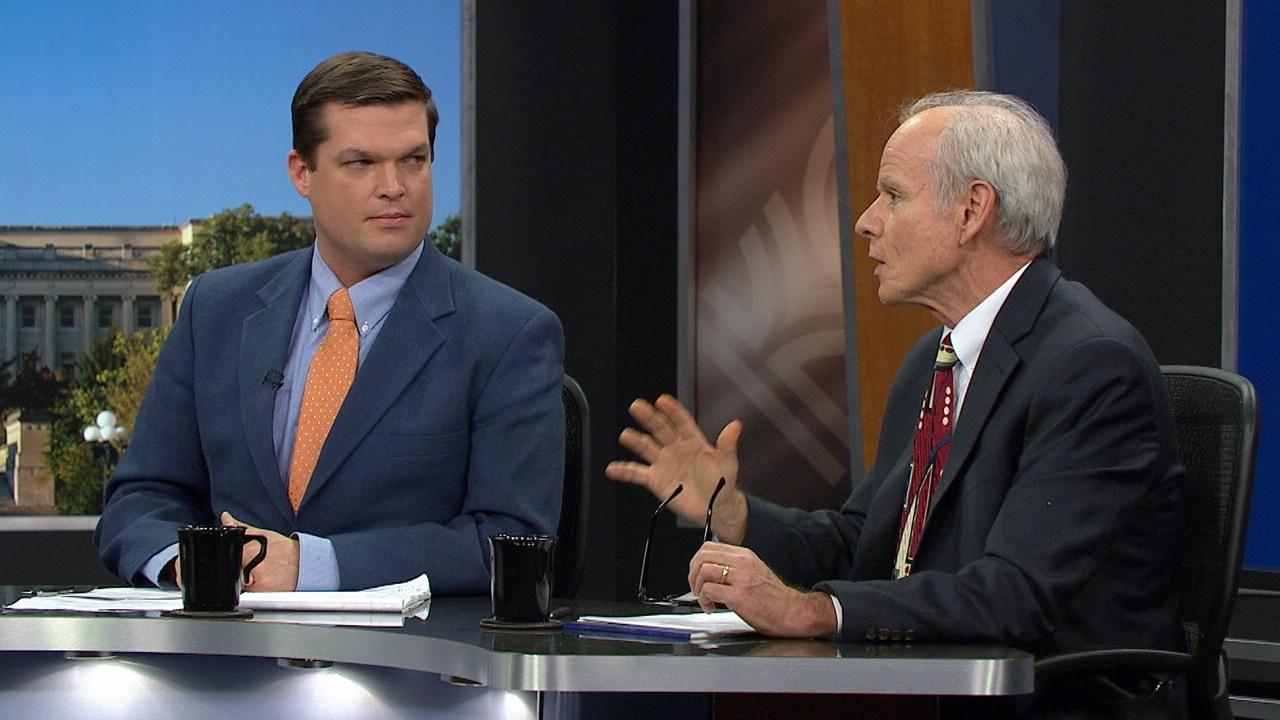