Journalists from around the state discuss news of the week with host Bill Bryant, including political news from Frankfort involving the new Republican leadership in the state House. Guests: Ryland Barton from Kentucky Public Radio; John Cheves from the Lexington Herald-Leader; and Ronnie Ellis from CNHI News Service.
S43 E3 Length 26:31 Premiere: 11.18.16

The results of the Nov. 8 elections have left two big questions for local political pundits to ponder:

How will U.S. Sen. Mitch McConnell, a 30-year veteran of Washington politics, work with the ultimate Beltway outsider when Donald Trump moves into the Oval Office? And how will Jeff Hoover, the first Republican state House Speaker in nearly a century, apply his new powers to Kentucky government?

The journalists on this weekend’s Comment on Kentucky discussed these questions and reviewed other stories in the week’s news.

Preparing for the Trump Administration
Ronnie Ellis of CNHI News Service says he’s curious to see how Senate Majority Leader McConnell and soon-to-be President Trump will interact. Ellis says McConnell will be able to help Trump move his cabinet appointees through the Senate confirmation process, and he says the two Republicans share a desire to repeal the Affordable Care Act. But there are disagreements looming for the two men, says Ellis. For example, Trump wants term limits for legislators while McConnell opposes them.

The president-elect has tempered his call to replace Obamacare by saying there are some facets of the legislation he wants to protect. John Cheves of the Lexington Herald-Leader says Trump favors keeping protections for individuals with pre-existing medical conditions and a provision that allows young adults up to age 26 to stay on their parents’ health plans. But Cheves says if the mandate requiring everyone to have insurance is repealed, it will be difficult to afford coverage for those with existing conditions like cancer or a chronic disease.

The fate of the Bevin Administration’s request to overhaul Kentucky’s Medicaid expansion is up in the air depending on how extensively Trump and Congress decide to rewrite the nation’s health care laws. Cheves says Medicaid expansion has provided coverage for nearly half a million Kentuckians, and 22 million people nationwide. Bevin’s plan to implement work requirements, premium payments, and other changes for Medicaid recipients could be rendered moot if most or all of the ACA is repealed, says Cheves.

On Thursday, President-elect Trump hailed his efforts to keep production of a luxury SUV at the Ford plant in Louisville. Cheves says Ford had considered moving the Lincoln MKC line to Mexico and shifting Explorer truck production to its Louisville facility. Ford executives later decided to continue making Lincolns in Louisville. Although Trump tweeted that he had saved the entire plant, Cheves says there was never any risk of losing the facility and he says it’s not clear that the president-elect had anything to do with Ford’s final decision.

Lawmakers will meet in a 30-day session in 2017 and Cheves says Hoover wants to focus on economics, taxes, and jobs. Ellis adds that the new speaker also wants to remain friendly with House Democrats even when they disagree on policy.

The new speaker also says he’s concerned about state funding for higher education and that he wants to maintain legislative independence from the Republican governor while avoiding divisive social issues. But Ellis says the new speaker may indeed face some of those issues depending on the legislative priorities of the Senate and the Bevin Administration.

Hoover will have his own caucus to manage as well. Ellis says out of the new 64-member Republican House majority, 23 of them will be first-time legislators. Those new members may try to push Hoover more to the right than he wants to go, according to Ellis.

One such lawmaker could be the incoming representative for the 49th District, Dan Johnson. The Republican made headlines earlier this year when he posted racially offensive material on his Facebook page. Cheves says Hoover and the state GOP denounced Johnson for the posts but did not force him to drop out of the race. Cheves says he recently visited the Bullitt County district to learn why voters there elected Johnson over incumbent Democrat Linda Belcher. He says Bullitt County is 97 percent white and only 13 percent of residents have college degrees. Donald Trump won the county with nearly three-quarters of the vote. Cheves says he spoke to several voters in the district who said they agreed with Johnson’s views and others who said they weren’t bigots themselves but claimed to be comfortable with those who are. 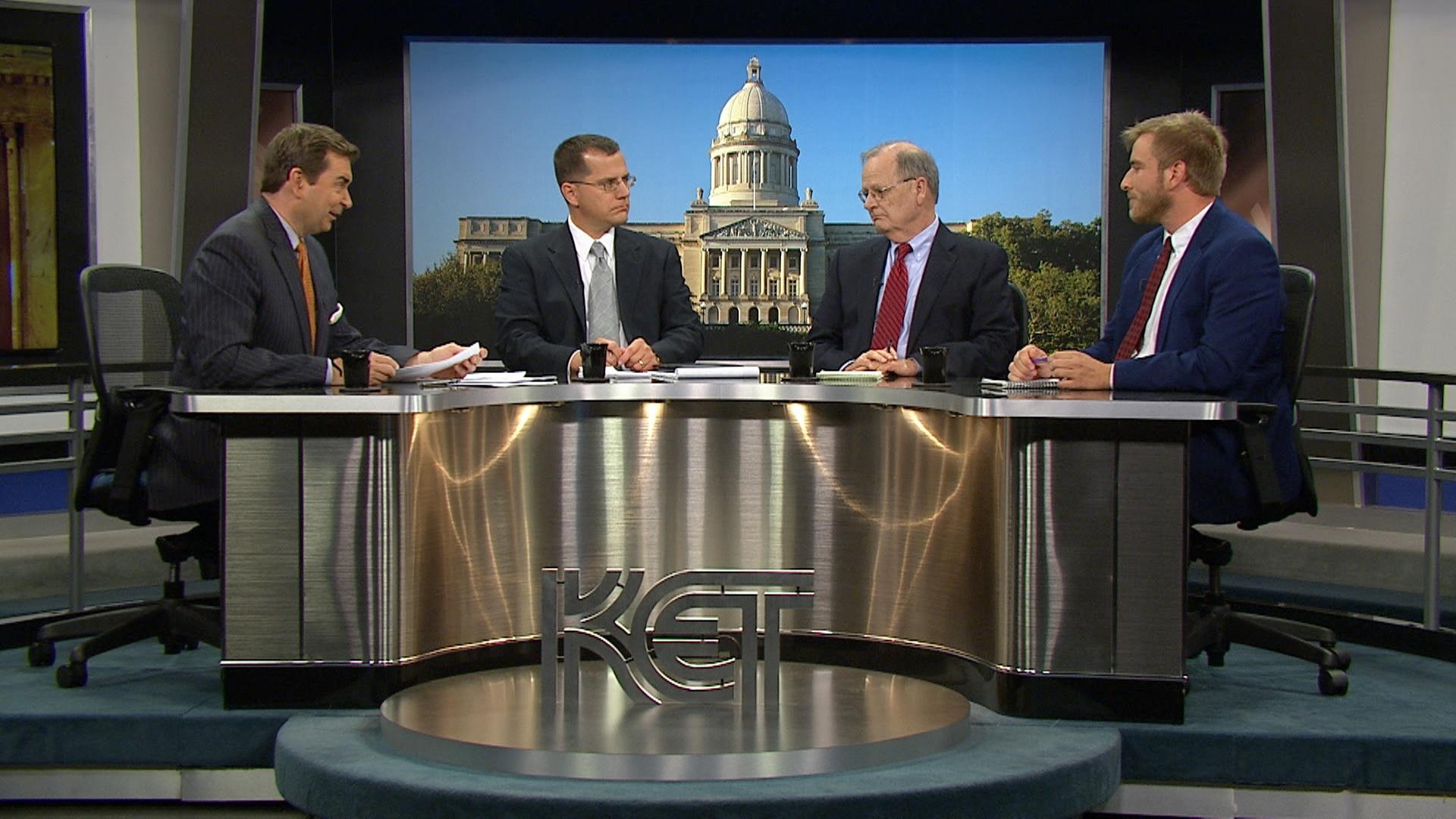