Given their losses in statewide elections earlier this month, 2015 will go down as a hard year for Democrats in the commonwealth. Next year could be even tougher as the party mounts a fight to keep control the state House and find a viable candidate to run for the U.S. Senate.

The journalists on the Thanksgiving weekend edition of Comment on Kentucky discussed what lessons Democrats can learn from this year’s campaigns, and what to watch for when the General Assembly convenes in January.

Lessons from 2015
In his recent exit interview with the capitol press corps, Gov. Steve Beshear attributed Matt Bevin’s victory in the governor’s race to three factors: the electorate favoring political outsiders and not paying close attention to issues as well as low voter turnout. Lawrence Smith of WDRB-TV in Louisville adds that Bevin worked to personally meet voters across the state much more so than Democrat Jack Conway did.

Then there’s Barack Obama. Jack Brammer of the Lexington Herald-Leader says the unpopular president continues to hurt the Democratic brand in Kentucky. Brammer says the GOP strategy of painting every Democrat as an “Obama liberal” still resonates with state voters even though the president is a lame duck.

Ronnie Ellis of CNHI News Service says Democrats have to start running campaigns on their own terms instead of letting Republicans define them and their positions. He says recent candidates have forgotten how to effectively deliver a populist message that old-time party icons like Wendell Ford did so successfully.

Ellis says advertising also failed Jack Conway in this year’s gubernatorial race, just as it failed Alison Lundergan Grimes in last year’s U.S. Senate campaign. Both candidates hammered their Republican opponents with attack ads, but Ellis says while negative commercials can drive down support for the opposition, the commercials don’t elevate the candidate launching the attacks.

Another flaw with going negative, according to Ellis, is that it suppresses voter turnout. He says that was particularly problematic for Conway this year since the only truly motivated voters were Christian conservatives and Tea Party Republicans who backed Bevin. Ellis says Conway needed to energize the electorate but that his campaign failed to offer voters enough reasons to cast ballots for the Democrat.

Expectations for 2016
Motivated by their victories this year, Republicans are redoubling their efforts to take control of the state House of Representatives in 2016. A recent defection reduced the Democratic majority to 53 to 47 in the chamber. Jack Brammer says the fight to control the House will influence everything representatives do in the upcoming General Assembly session.

Ronnie Ellis says Democrats will have to balance their legislative priorities with not looking like political obstructionists. That will be tricky if the Bevin administration pushes for right to work, charter schools and other issues that target union workers and teachers in the Democratic base. Ellis says he expects House Democrats to move right on social issues but to try to hold firm on economic policies.

It’s still uncertain how Gov.-elect Bevin will proceed on health care. Lawrence Smith says there’s a question about how quickly the Republican could dismantle Kynect should he decide to follow through on that campaign promise. He says it could take at least a year for Bevin to navigate the federal regulations to do that.

On Medicaid, Ronnie Ellis says Bevin may not be able to reverse the expansion by executive order as many have thought. Ellis says Gov. Beshear expanded the eligibility under a state law that gave him the power to maximize federal Medicaid dollars. So Ellis wonders if that law would allow Bevin to do something that would reduce federal money coming to the state.

Bevin has drawn praise for the first appointments to his administration, and rumors are swirling about other key jobs yet to be filled.  Ellis says he’s heard Louisville businessman and former Republican gubernatorial candidate Hal Heiner mentioned as a candidate to lead either the finance cabinet or education cabinet.

To be successful with the legislature, though, Jack Brammer says Bevin should get acquainted with all 138 lawmakers. He attributes former Gov. Paul Patton’s success with the General Assembly to his efforts to personally know each of the state legislators.

Also in 2016
Democratic state Auditor Adam Edelen had been widely expected to run for the U.S. Senate next year against first-term Sen. Rand Paul. But with Edelen’s defeat earlier this month, Democratic Party officials are scrambling to find a viable candidate for that contest.

Though any specific names are hard to come by, Ronnie Ellis wonders if there’s an effort to recruit Louisville Mayor Greg Fischer as a candidate. And Jack Brammer says former 6th district Congressman Ben Chandler has declined to answer questions about the race, which could fuel speculation that he’s considering a bid. 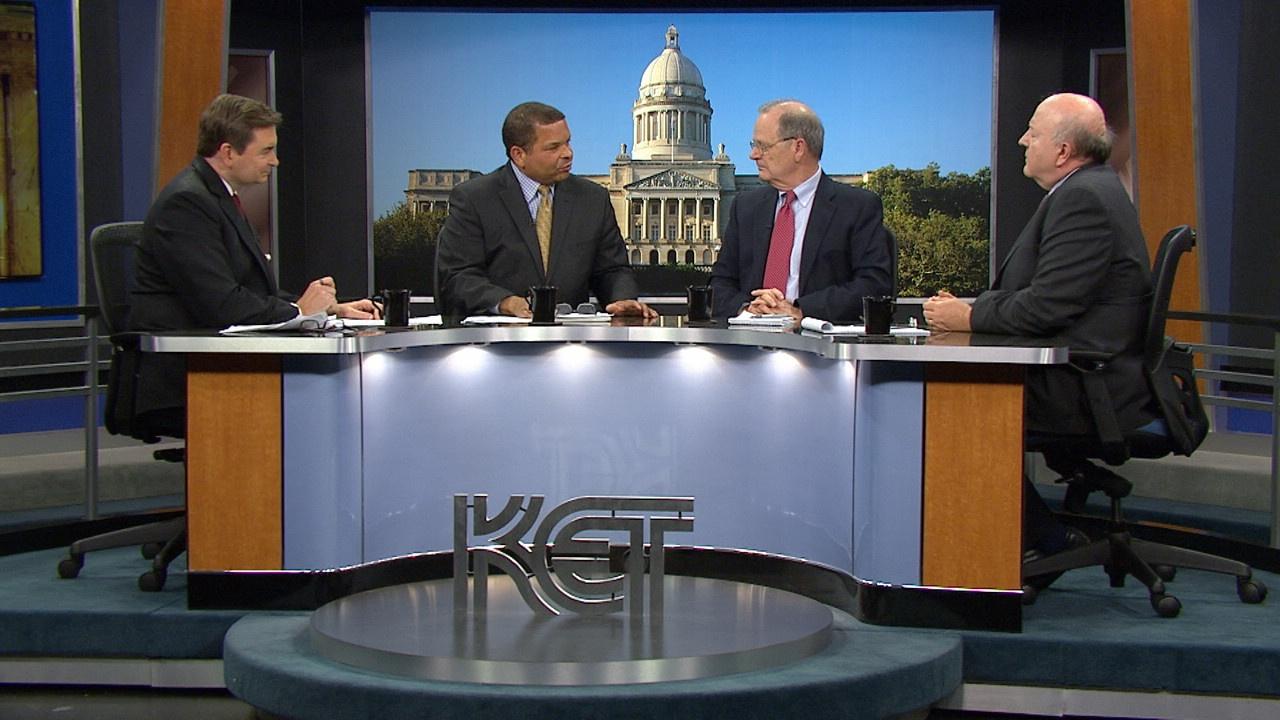