Journalists from around the state discuss news of the week with host Bill Bryant. Guests: Adam Beam from the Associated Press; Nick Storm from cn|2; and Deborah Yetter from the Louisville Courier-Journal.
S42 E1 Length 26:31 Premiere: 11.6.15

For a gubernatorial race that the polls predicted was close, the outcome turned out to be anything but: Matt Bevin carried 106 out of 120 counties and defeated Jack Conway by nearly 85,000 votes.

The journalists on Comment on Kentucky analyzed the factors behind the Republican’s commanding victory and how the down-ballot results could affect future political campaigns in the commonwealth.

Bevin’s Road to the Governor’s Office
In addition to being a strong communicator, Bevin connected more with voters, according to Adam Beam of the Associated Press. He says Bevin’s Christian faith and values as well as his large family, which includes four children adopted from Ethiopia, resonated with Kentuckians. Beam adds that Bevin’s closing message of “vote your values, not your party” proved to be an effective argument.

Bevin also drove thousands of miles around the commonwealth to attend local fairs, festivals, and rallies. Nick Storm of cn|2 says the Republican realized early that to win rural voters, he would have to meet them in person. Storm says Bevin also benefited from being a political outsider and from the furor the same-sex marriage issue created among conservative Christians.

Storm and Beam both say Bevin can also thank a late advertising push by the Republican Governors Association that likely helped boost turnout among conservative and religious voters.

Deborah Yetter of the Louisville Courier-Journal reports that Bevin says his victory is a mandate for his agenda. In his first post-election press conference, Bevin laid out his plans for dismantling the state health exchange, Kynect, by the end of 2016. Yetter says Bevin also still plans to retool the Medicaid expansion enacted by Gov. Steve Beshear. In addition, Bevin pledged to use executive action to remove county clerks’ names from marriage licenses. When Bevin was asked if he would release his tax returns, which he promised to do once he was elected, Yetter says Bevin responded that he would not.

Conway Falters in Several Areas
As for Democrats, Beam says they misread the electorate by trying to make the race about Bevin’s character, his tax delinquency issues, and his shifting policy positions. He says Conway’s media strategy was flawed on two levels: The Democrat relied too much on television ads rather than personal appearances to make his case to voters, and Conway’s commercials never gave voters sufficient reason to vote for him.

And President Barack Obama continues to hurt the Democratic brand in the commonwealth, says Storm. Late ads from Republican groups tied Conway and other Democratic candidates to the unpopular president.

A Down-Ballot Surprise
The panel says the biggest shock of the election was Republican state Rep. Mike Harmon’s defeat of Democrat Adam Edelen, who sought a second term as auditor of public accounts. Storm says Edelen had garnered public attention for his high-profile audits of former Commissioner Richie Farmer’s tenure at the Department of Agriculture, the Jefferson County Public Schools, and the backlog of untested rape evidence kits in the commonwealth. Yet Storm says Harmon was able to secure a narrow victory despite spending only about $10,000 on his campaign against the incumbent.

Edelen had been widely expected to run for the U.S. Senate next year or for governor at some time in the future. Adam Beam says this loss makes a future race for Edelen more difficult.

Two young rising stars in the state GOP also won in last Tuesday’s voting: Allison Ball, who is 34, in the treasurer’s race, and state Rep. Ryan Quarles for agriculture commissioner.  Storm says Quarles, at 32 years old, will be the youngest statewide official in the nation.

And the race for attorney general will go down as the most expensive down-ballot contest in state history. Storm says that tally could reach as high as $8 million between expenditures from the candidates and from the Democratic and Republican Attorneys General Associations. The race was decided by a mere 2,220 votes with Andy Beshear narrowly defeating state Sen. Whitney Westerfield.

What Happens in 2016
Where does all this leave Democrats for next year’s elections? With Adam Edelen out of the picture, many wonder who might step up to run against incumbent U.S. Sen. Rand Paul.

Storm says Colmon Elridge, a top aide to Gov. Beshear, may be interested in running. But Storm says that the filing deadline is in January and that whoever challenges Paul will likely need $10 million to mount a statewide campaign.

Paul’s presidential aspirations have been faltering in recent weeks. The Bowling Green Republican has yet to file for Kentucky’s presidential caucus that he pushed and helped fund, whereas fellow GOP contenders Jeb Bush, Ted Cruz, and Donald Trump are already registered. 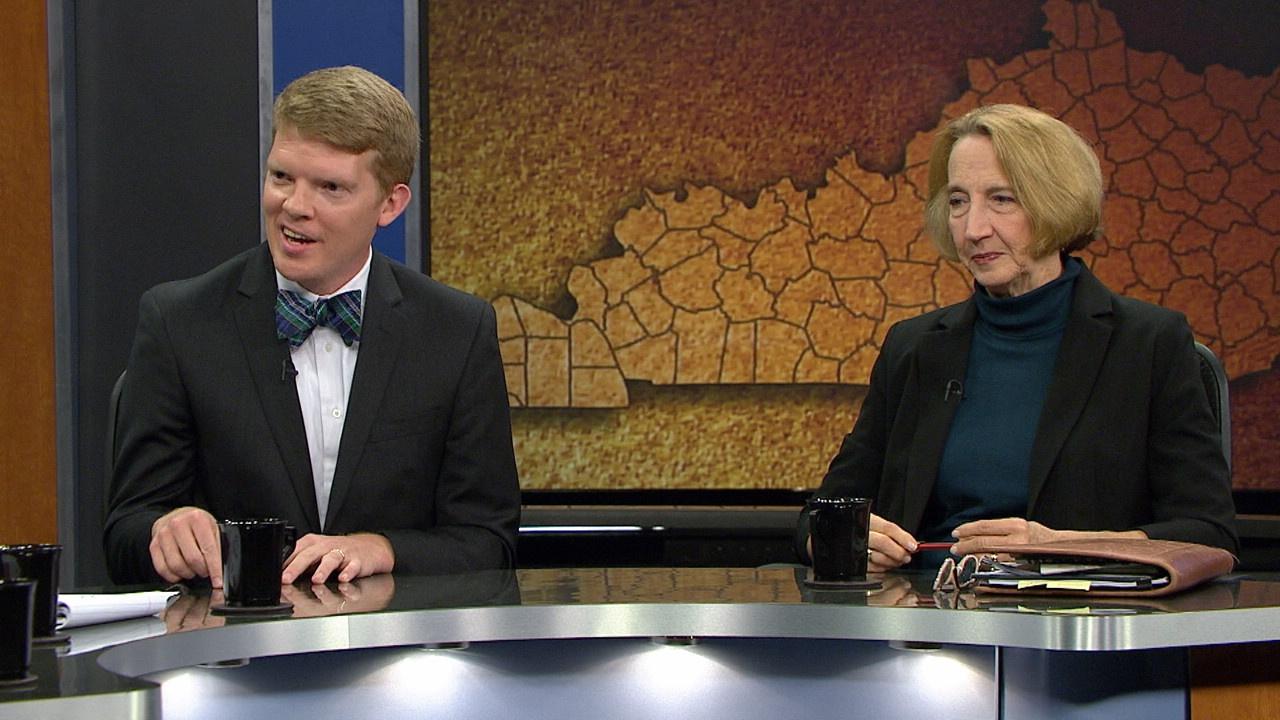