Which are virtually the same results the polling found in late July.

The journalists on this weekend’s Comment on Kentucky say those stagnant results may not bode well for any of the candidates in this year’s race. They discussed the poll data and other updates from the campaign trail.

Numbers in the Governor’s Race
The poll has Conway at 42 percent, Bevin at 37 percent, and Curtis at 7 percent. The only significant change between the new poll and the summer numbers is that the percentage of undecided voters increased from 11 percent to 15 percent. (The margin of error was 3.7 percent.)

Sam Youngman of the Lexington Herald-Leader says the polling numbers reflect an electorate that’s turned off by the campaigns and parties that are unenthusiastic about their candidates. With only a month until Election Day and so many undecided voters, Youngman says the gubernatorial contest remains a toss-up.

Conway holds a 26-point lead over Bevin in their hometown of Louisville, and the Democrat’s base of support is especially strong in the city’s west end. But Lawrence Smith of WDRB-TV in Louisville says party officials are concerned that Conway isn’t motivating voters enough to actually turn them out at the polls. Smith says Conway is relying heavily on television ads when Democratic leaders want him to make public appearances to boost support among Louisville voters.

James Pilcher of The Kentucky Enquirer says Bevin is making a $1.4 million statewide ad buy that will include airtime in the northern Kentucky market. He says the region helped carry Bevin to victory in the Republican primary and is crucial to him winning the general election.

Bevin’s new commercials come after the Republican Governor’s Association announced last week that it would end its commercials on behalf of the Louisville businessman. Youngman says the RGA paid $3 million this summer for ads supporting Bevin, while the candidate only spent $150,000. Youngman says national groups like the RGA want to see campaigns putting more of their own money into their advertising.

And the Bluegrass Poll numbers for Drew Curtis likely mean he won’t make the cut for the remaining gubernatorial candidate forums. Youngman says that’s disappointing for the independent who appeared on the recent Bellarmine University and Kentucky Sports Radio debates. Youngman notes most political forums have a qualification threshold of 10 percent voter support.

Other Bluegrass Poll Results
The poll also showed the Kentucky attorney general’s race between Democrat Andy Beshear and Republican State. Sen. Whitney Westerfield tied at 38 percent. That represents a 5-point pick-up by Westerfield and a 2-point drop by Beshear since the summer survey.

The Hopkinsville lawmaker has had little of his own campaign money to spend, so Youngman credits Westerfield’s rise in the polls to an ad blitz from the Republican Attorneys General Association. Those ads tie Beshear, who is the son of Gov. Steve Beshear, to President Barack Obama.

In the poll, Kentuckians give the governor a 50 percent approval rating, while only 31 percent of those surveyed approve of Obama’s performance. Youngman says the president’s unpopularity is a significant challenge for Democratic candidates in the commonwealth, and could bring some surprising results in the November elections.

More Campaign News
Youngman says the news continues to be bleak for presidential hopeful Rand Paul. Polling numbers for the Kentucky senator have plummeted, and Youngman says Paul’s campaign fundraising is also dropping. He says Paul raised only $2.5 million for his presidential bid in the third quarter, and has only $2 million in cash on hand. In comparison, Youngman says Paul’s father, former Texas Congressman Ron Paul, raised about $8 million in the same fundraising period during his 2012 race for president.

Youngman and Pilcher say Paul is becoming more focused on his senate reelection campaign as his presidential aspirations dwindle. Youngman says Paul held two fundraisers in Washington last week to benefit his reelection. And Pilcher notes that Paul made a number of appearances in Kentucky over the weekend.

Meanwhile a number of people have already expressed interest in succeeding first district Congressman Ed Whitfield, who announced his retirement last week. Outgoing Agriculture Commissioner James Comer declared his candidacy for the seat. Youngman says many see Comer as the Republican favorite after his strong showing in the district during the GOP primary for governor earlier this year. 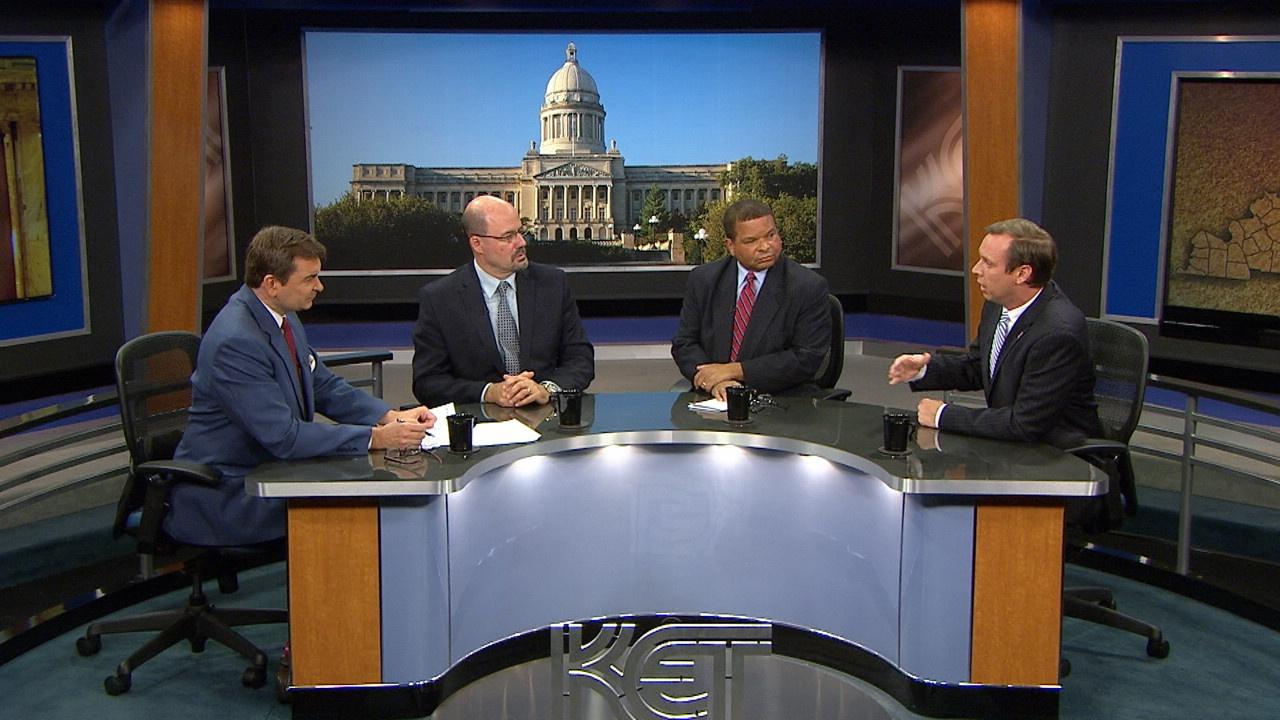