Journalists from around the state discuss the latest political news during the fall campaign season with host Bill Bryant. Guests: Adam Beam from he Associated Press; Michael Gossum from WBKO-TV in Bowling Green; and Deborah Yetter from the Louisville Courier-Journal.
S42 E51 Length 26:33 Premiere: 10.21.16

The state Supreme Court last week rejected a move to boost the pay of minimum wage workers in Metro Louisville.

The journalists on Comment on Kentucky discussed the implications of that ruling, as well as other state court actions regarding higher education funding and the University of Louisville Board of Trustees. The panel also recapped the latest election news.

Minimum Wage Ruling
On Thursday the Kentucky Supreme Court overturned a Metro Louisville ordinance to gradually raise the minimum wage in that city to $9 an hour. The court said local governments don’t have the authority to supersede the state law that sets the minimum at $7.25 an hour. The justices ruled 6-1.

The decision also impacts an increase passed by the Lexington Fayette Urban County Council to raise the minimum wage there to $10.10 an hour by 2018. Deborah Yetter of The Courier-Journal says the court ruling is a blow to those communities where city officials worked hard to pass the wage hikes. She says there’s concern that some workers who had already received a raise could be reverted back to $7.25 and that new hires will likely start at the state-mandated minimum.

Adam Beam of the Associated Press says the efforts to increase the minimum wage, as well as several local right to work measures passed by communities in southern Kentucky, were fueled by gridlock in Frankfort on those issues. In recent years House Democrats have pushed a minimum wage increase for the state, while Senate Republicans have promoted a statewide right to work bill, but those measures die when they reach the chamber controlled by the opposing party.

Beam says that legislative stalemate prompted community leaders to take their own actions. Earlier this year, a federal judge ruled that cities cannot pass local right-to-work ordinances, which would free employees from the mandate that they join or pay fees to a union that operates at their place of work.

University Board Decision Upheld
On Friday Franklin Circuit Judge Phillip Shepherd affirmed his recent ruling to overturn Gov. Matt Bevin’s restructuring of the University of Louisville Board of Trustees. Yetter says the governor’s office requested a reconsideration of the decision as a procedural step towards an eventual appeal of the decision. She says lawyers for the administration argued that Bevin didn’t remove any trustees, he simply abolished the existing board and then created a new one. Judge Shepherd said that governors don’t have the power to remove public university board members, and that the governor’s argument was a “distinction without a difference,” says Yetter.

The administration now has 30 days to file its appeal in the matter. Beam says this ensures that the issue won’t come before the Kentucky Supreme Court until after the General Assembly convenes in January. He says the governor hopes that Republicans will control both chambers of the legislature by then, and they can codify the executive orders Bevin issued to restructure the UL board. Beam says that would effectively nullify the lawsuit filed by Attorney General Andy Beshear challenging the governor’s authority over the board.

In a separate matter, the governor’s office released some $18 million owed to state universities. On Monday Franklin Circuit Judge Thomas Wingate gave the state three days to pay the money that the Bevin Administration withheld from the schools’ fiscal year 2016 allocation. Earlier this year Bevin cut 2 percent from university and community college budgets so he could pay more towards the state’s public pension debts. But the Kentucky Supreme Court recently ruled that Bevin did not have authority to strike funds from a previously enacted budget when there was no fiscal emergency.

Election Updates
Republican James Comer appears to be cruising to victory the 1st Congressional district contest. Michael Gossum of WBKO-TV in Bowling Green says Comer hopes to parlay his strong showing in the region during the 2015 Republican gubernatorial primary, which he narrowly lost, to a victory in this year’s race for the U.S. House of Representatives. Gossum says Comer’s opponent, Hopkinsville construction worker Sam Gaskins, is hampered by a lack of campaign funds and low name recognition

Western Kentucky could also be key to U.S. Sen. Rand Paul winning a second term. Gossum says the area is trending Republican, which would favor Paul in the race against Jim Gray. The Democrat is expected to do well in Lexington, where he is mayor, and in Louisville, but Gossum says some poll watchers believe Gray could also win his native Barren County. If that happens, Gossum says there’s some speculation about how well Gray might do in neighboring Warren County, where Paul lives.

Gray is running ads that include comments from GOP presidential primary debates in which Donald Trump criticizes Paul. Gossum says Gray employed the unusual tactic to illustrate how fellow Republicans think Paul is a bad fit to represent Kentucky. But Paul questions that strategy, according to Gossum. He says Paul has endorsed Trump and the senator believes that Kentucky voters who favor Trump will also back him.

Trump could be key to helping Republicans win a majority in the state House, says Beam. He says the anger the New York billionaire displays on the campaign trail appeals to rural voters, especially those in eastern Kentucky who are upset at losing coal jobs. Beam says Trump could actually be a boost to down-ticket Republicans running in state legislative races in the Appalachian counties. In fact, state House Speaker Greg Stumbo (D-Prestonsburg), who is up for reelection this year, told Beam that his own opponent can’t defeat him, but Trump’s popularity could.

Health News
Congressman John Yarmuth (KY-3) weighed in on the fate of Kentucky’s Medicaid expansion. Yetter says the Louisville Democrat held a press conference in Frankfort last week to call on Gov. Bevin to withdraw his proposal to overhaul the Medicaid program in the commonwealth. Yarmuth contends Bevin’s plan includes provisions like premiums and work requirements that the U.S. Department of Health and Human Services has rejected in other state waiver applications. Yetter says Yarmuth wants the Republican governor to resubmit a plan that is more likely to be approved. Bevin’s office rejected Yarmuth’s arguments.

A new report shows that 41 percent of Kentucky children have untreated cavities. Yetter says the study, conducted by Kentucky Youth Advocates, the University of Louisville School of Dentistry, and Delta Dental of Kentucky, also indicates that more than half of children in eastern Kentucky have unaddressed cavities, and many youth around the state have other dental problems that need immediate attention.

The Making Smiles Happen report was the first statewide dental survey of children in 15 years. Yetter says the study shows how oral health among kids has declined in that time. 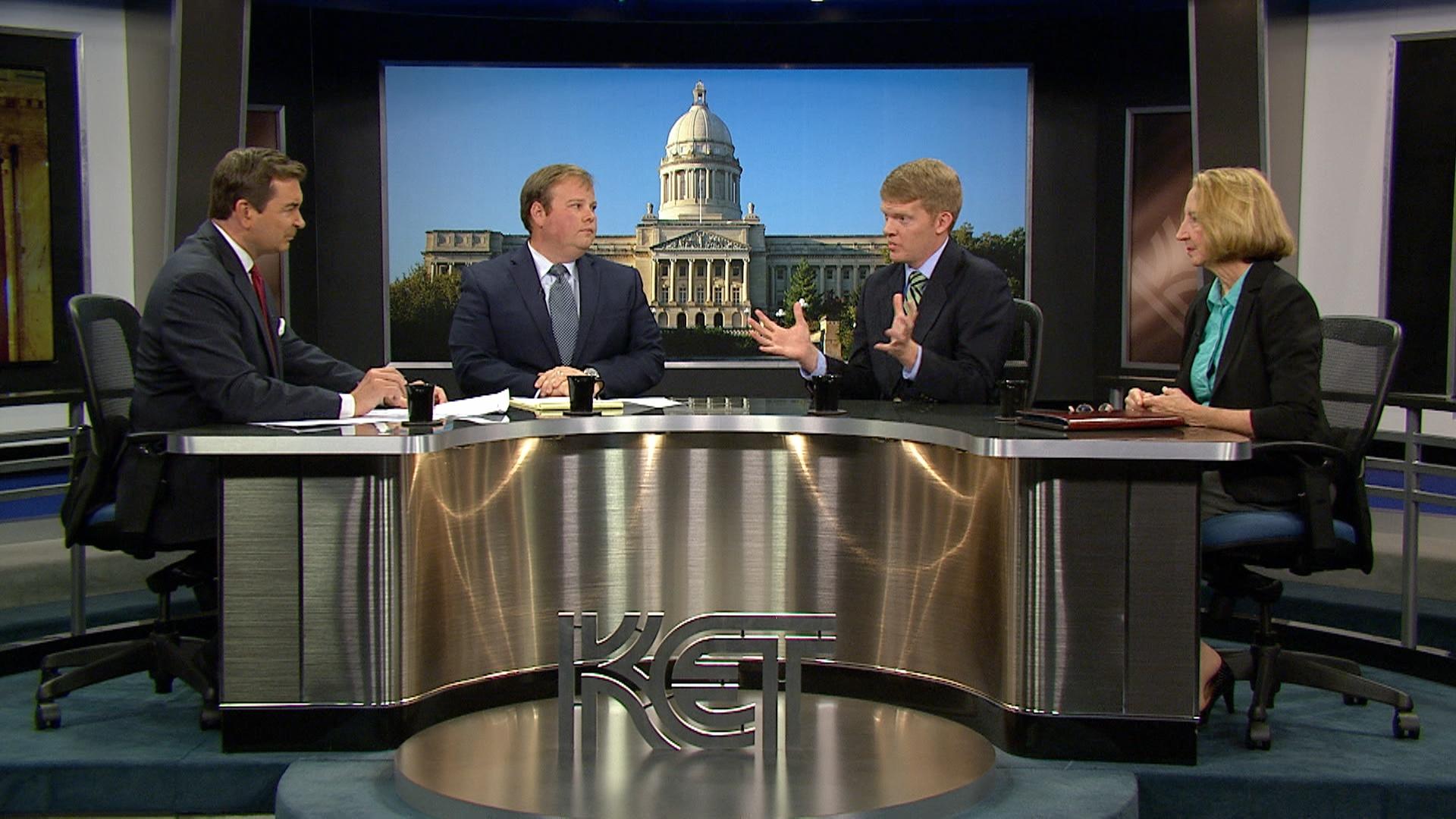