There are clear distinctions among the candidates running for governor, but perhaps the starkest policy differences come on health insurance and early childhood education.

The journalists on Comment on Kentucky discussed how Republican Matt Bevin and Democrat Jack Conway stand on those issues as the campaigns head into the final week before Election Day.

Paying for Medicaid
Among all the topics being debated in the governor’s race, none could affect more Kentuckians on a personal level than health insurance, says Adam Beam of the Associated Press. He says a quarter of Kentuckians now receive taxpayer-funded health care thanks to the expansion of Medicaid to include the working poor.

Starting in 2017, Kentucky (and other states that expanded eligibility for the program) will have to pay a percentage of Medicaid costs. Beam says that will total about $70 million for the commonwealth in 2017, and could increase to $300 million by 2020.

Beam says the fate of the state’s Medicaid system could hinge on who is elected governor next week. Conway says he would keep the current Medicaid arrangement but closely monitor its cost. Beam says the Democrat contends that a healthier workforce will offset the increased Medicaid expenses through higher tax revenues and a stronger economy.

Bevin argues that the state can’t afford to cover the nearly 400,000 Kentuckians now in the Medicaid system. He has called for making substantial changes to the system or even repealing it. Lawrence Smith of WDRB-TV in Louisville says one option the Republican favors is to emulate Indiana’s Medicaid system. The Hoosier plan requires enrollees to pay a small fee for their coverage based on their incomes. Like Indiana, Kentucky would have to get a federal waiver for such an approach, according to Smith.

Preparing Kids for School
Early childhood education also touches families across the commonwealth and represents another point of divergence between the candidates. Beam says Conway committed to a “massive expansion” of public preschool options when he announced his bid for governor last year. The Democrat says he wouldn’t spend more money on the expansion, but would rearrange existing state dollars to fund the expansion.

On the other hand, the Bevin campaign has questioned spending on the Head Start program for children of low-income families. Beam says the Republican points to a 2012 study that indicates the benefits from early childhood education disappear by the time the student reaches third grade. Bevin and his running mate Jenean Hampton say parents should be more involved in teaching fundamentals to their children instead of relying on public education to do that.

Beam says Democrats have made the issue a significant talking point against Bevin, saying the Republican doesn’t care about kids.

Final Advertising Push
The candidates for governor and the down-ballot races will flood the airwaves in the last days of the campaign, hoping to sway undecided voters and get their party bases to turn out next Tuesday.

Nick Storm of cn|2 says Conway still has plenty of his own money to carry him to Election Day. Meanwhile, the Republican Governors Association has resumed its ad buys on behalf of Bevin. Storm says he won’t be surprised to learn that the Louisville businessman has written another personal check to his campaign to fund even more commercials.

In the state auditor’s race, Democratic incumbent Adam Edelen launched an attack on his opponent, Republican state Rep. Mike Harmon. Adam Beam says the commercial alleges that Harmon took political junkets at taxpayer expense. Beam says some are surprised that Edelen would go negative in a reelection campaign that should be an easy for him to win. But Beam notes that Edelen may want a big margin of victory this year to help set up a potential U.S. Senate bid next year.

In the agriculture commissioner’s race, Democrat Jean-Marie Lawson Spann has an ad touting her support for medical marijuana and labeling of food products that have been genetically modified. Instead of targeting the farm vote, Nick Storm says Spann may be trying to engage more liberal voters to turn out for her.

In the closely contested attorney general’s race, the Republican Attorneys General Association has resumed its ad buys in support of state Sen. Whitney Westerfield. Storm says the group hopes to counter the nearly $3 million that Democrat Andy Beshear has raised for his campaign.

And Alison Lundergan Grimes has returned to the airwaves with an ad for her reelection bid for secretary of state. Adam Beam says voters haven’t seen political ads from Grimes since her failed run for U.S. Senate last year.  Grimes is running against Steve Knipper, an IT specialist and project manager from northern Kentucky.

The 2016 Campaigns
Beam says some Republicans are growing increasingly frustrated with Sen. Rand Paul. They fear Paul is devoting too much time and money to his presidential run at the expense of his senate reelection campaign. Beam says the senate race hasn’t been an issue yet since Kentucky Democrats are focused on winning this year’s statewide races. But after Election Day, Beam expects the Kentucky Democratic Party to turn its focus to unseating Paul.

Beam and Storm note that Paul has diverted money from his senate campaign to his presidential coffers, which is drawing ire from some supporters.

Storm also says Paul has yet to file for the state Republican presidential caucus that he pushed for and funded as a way to skirt a state law that prevents a candidate from appearing twice on the same ballot. Storm says former Florida Gov. Jeb Bush is the only candidate to file for the caucus so far, but there are some indications that businessman Donald Trump may be interested as well. 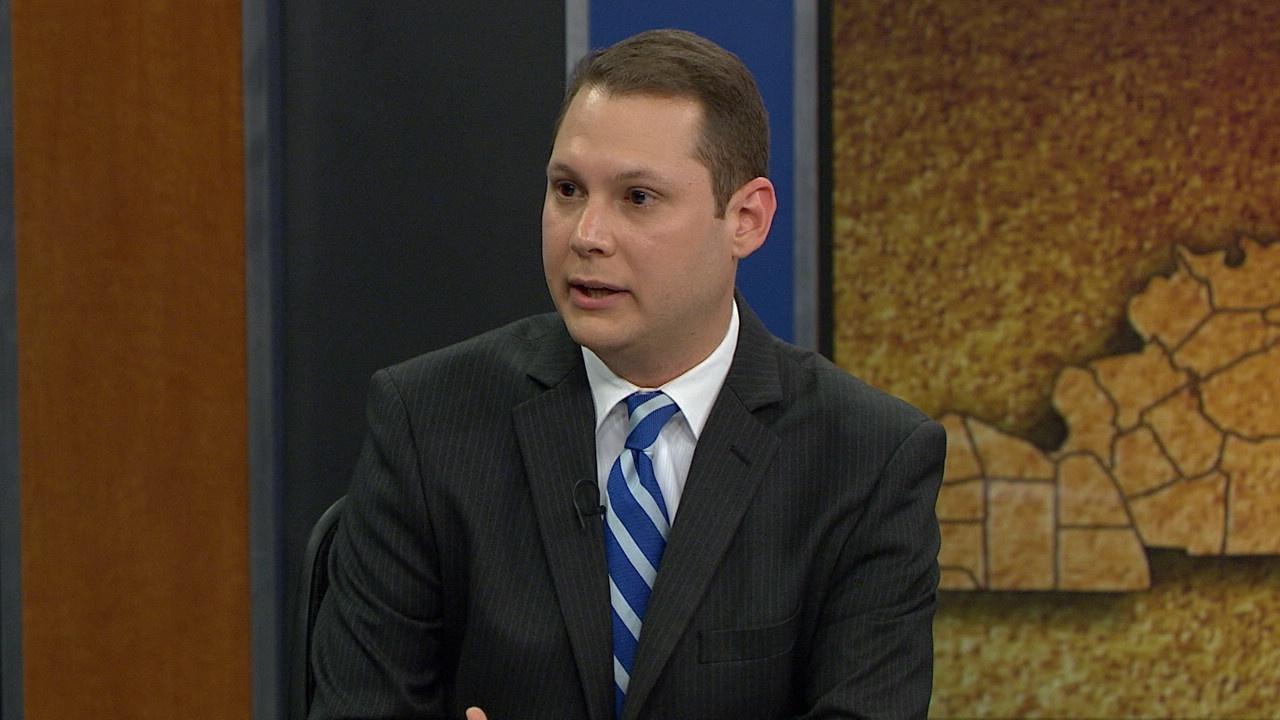