In the final weekend before Election Day, the candidates for statewide office focused on last-minute political ads and rallies, as well as their get-out-the-vote strategies.

The journalists on Comment on Kentucky discussed the last days of this campaign season and analyzed the results from the latest Bluegrass Poll.

Poll Shows Race Remains Tight Across the State
As in the previous polls for the gubernatorial race, Democrat Jack Conway maintains a slight edge over Republican Matt Bevin, 45 percent to 40 percent. Independent Drew Curtis nets 6 percent, and 10 percent of those surveyed remain undecided. (The margin of error is 3.5 percent.)

Sam Youngman of the Lexington Herald-Leader says he still doesn’t know who will win the election. He says Democrats are happy with the consistency of the polling for Conway, while Bevin’s camp is happy that the race remains close and that the contest will likely hinge on turnout.

But election officials are predicting turnout could be as low as 25 percent this year.  If that’s the case, anything could happen, according to Ronnie Ellis of CNHI News Service. As he travels the state, he says he finds more people interested in the 2016 presidential race than in this year’s contest for governor.

Joe Gerth of the Louisville Courier-Journal says he’s surprised by how close the race is, especially in western and northern Kentucky. He says Tea Partiers have a strong presence in the 4th district, but that area also includes many establishment Republicans as well as Democrats.

Down-Ballot Results
In the other races for statewide office, the Bluegrass Poll shows that the candidates with more money for last-minute campaign commercials are ahead among likely voters.

Gerth says the Democratic candidates with fundraising advantages are leading in the contests for attorney general (Andy Beshear by 8 points), auditor (incumbent Adam Edelen by 8 points), and secretary of state (incumbent Alison Lundergan Grimes by 13 points).

Pensions, Health Care Highlight Candidate Forums
The final televised gubernatorial forums featured a number of heated exchanges as the Democrat and Republican candidates clashed on health care, pensions, and other issues. Gerth says he thinks Bevin took a more aggressive stance in the appearances at Eastern Kentucky University and on KET in hopes of landing a knock-out punch against Conway. Bevin repeatedly called on Conway to stop lying about the Republican’s record, and Ronnie Ellis says that could mean Bevin thinks the Democrat’s negative ad campaign against him is working.

Youngman says both forums probably reinforced voters’ worst preconceived notions about the two candidates. He says it’s telling that Bevin is still playing defense with only a few days remaining in the campaign.

Youngman notes that the gubernatorial race finally forced a public debate about health care in the commonwealth. (Gov. Steve Beshear expanded Medicaid and created Kynect through executive action.) Youngman says the issue is not a “slam dunk” for Republicans this year like it was in the 2014 U.S. Senate race. He points to the Bluegrass Poll response that shows 54 percent of Kentuckians want the expanded Medicaid system to remain as is.

On the pension issue, Ellis says teachers fear Bevin’s proposal to shift their retirement to a defined contribution plan. Given that plan, Ellis expects teachers to campaign for Conway this weekend. The Democrat wants to delay any decisions on the Kentucky Teachers’ Retirement System until the task force studying the unfunded liabilities in that plan makes its recommendations in December.

Gerth adds that some pundits believe whoever wins the election could end up being a one-term governor because of the number of voters they’ll anger by how they address – or fail to address – the pension issue.

Trends to Watch
After the polls close Tuesday night, Ronnie Ellis says he’ll look for Fayette County results to arrive first. He says Conway needs to win big there if he hopes to secure the election. Ellis says he’ll also watch Madison County (which has trended Republican but has a high number of Medicaid recipients) as well as Floyd and Pike Counties. Ellis says the Kentucky Coal Association hasn’t been active in this year’s race, and he says some Democrats think Conway might actually be able to win those two coal-producing counties.

Joe Gerth says Conway needs to maximize his votes among Democrats in Lexington and Louisville, while minimizing his losses elsewhere. Meanwhile, Bevin could benefit from get-out-the-vote efforts promoted in conservative Christian churches across the state.

The journalists also warn about putting too much stock in early poll results. They point to instances where candidates amassed big leads in the eastern half of the state, but then lost those advantages later in the evening as western Kentucky votes came in from the Central time zone counties.

For example, in the GOP primary earlier this year, Sam Youngman says Bevin held a significant lead early, only to see most of that slip away when vote counts from rural southern and western Kentucky brought Agriculture Commissioner James Comer back into contention.

Those outlying counties can be important, according to Youngman. He says urban Democrats still tend to vote Democratic, but those in rural parts of the commonwealth have trended more conservative in recent elections. 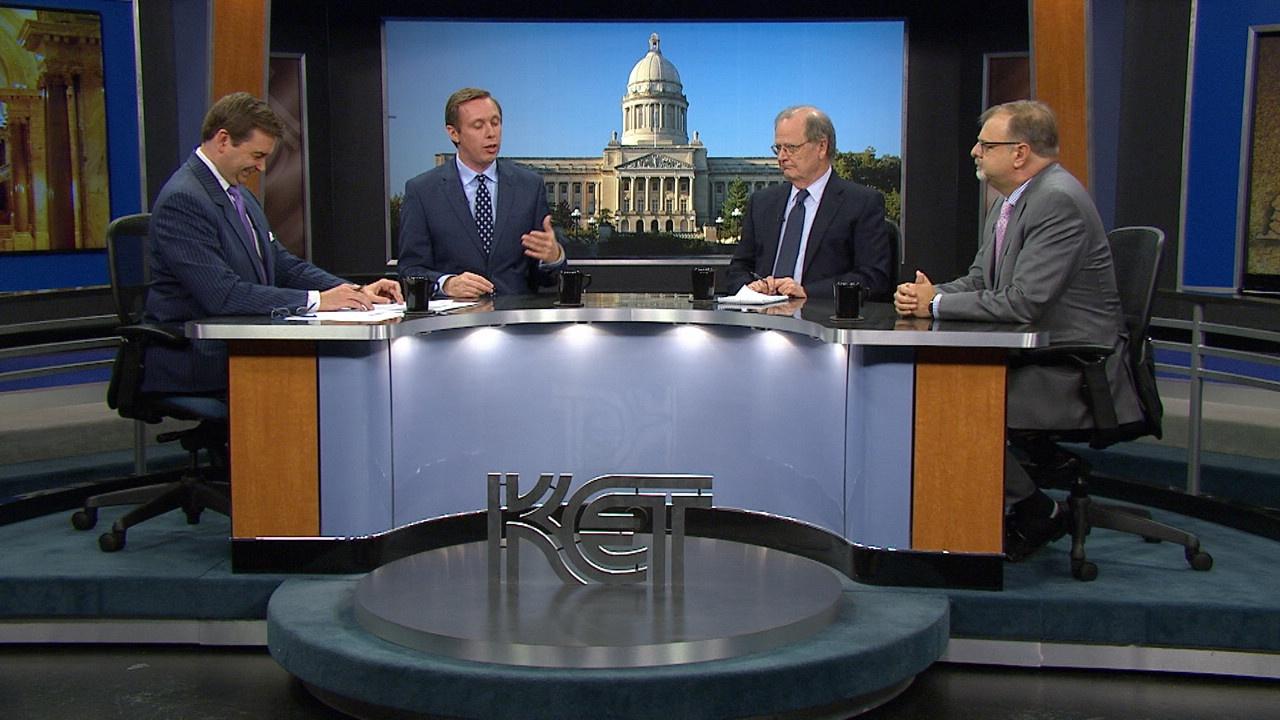