Journalists from around the state discuss the week's news with host Bill Bryant, including the latest on the University of Louisville athletics scandal and updates on an upcoming special legislative session in Frankfort to address public pensions. Guests: Marcus Green from WDRB-TV in Louisville; Kevin Wheatley from Spectrum News; and Deborah Yetter from the Louisville Courier-Journal.
S43 E47 Length 26:33 Premiere: 10.6.17

After months of worry and anxiety, state workers and retirees may soon learn the details of the public pension reform plan lawmakers have been crafting behind closed doors. Those changes could include placing new hires into a defined-contribution plan rather than the traditional defined-benefit pension.

The journalists on KET’s Comment on Kentucky outlined the potential reforms needed to address the billions in unfunded liabilities in the state retirement systems. They also discussed the latest in the University of Louisville basketball recruiting scandal and challenges facing the Kentucky Cabinet for Health and Family Services.

Pension Proposal Expected Soon
Legislative leaders vowed not to discuss the pension reforms they’re developing, according to Kevin Wheatley of Spectrum News. He says they wanted to keep the negotiations private until they reached an agreement on the plan. But Gov. Matt Bevin told a Louisville radio station last week that new state hires would go into a defined-contribution plan, such as a 401(k)-type plan.

Most current state and county workers are in a defined-benefit plan, but employees hired since 2014 are in a hybrid cash-balance plan. Wheatley reports that Bevin said those workers not specifically promised the defined-benefit plan would be placed into a new defined-contribution plan. So the question remains whether lawmakers will scrap the existing hybrid cash-balance plan. Wheatley says the 2013 legislation that created the hybrid plan gives legislators the flexibility to amend future benefits for those employees.

Bevin, Senate President Robert Stivers (R-Manchester), House Speaker Jeff Hoover (R-Jamestown) and other lawmakers are expected to release their plan in the next week or so, says Wheatley. He adds that Democratic leaders have been excluded from the closed talks. Wheatley says House Minority Floor Leader Rocky Adkins (D-Sandy Hook) has only received bullet-point headlines about the negotiations.

Once the plan goes public, Wheatley expects the Kentucky Education Association, police and firefighter groups, and various associations of retired employees to speak out about the proposed changes. No date has been set yet for a special legislative session to debate that proposal, although it’s expected to occur sometime in November.

Meanwhile some lawmakers continue to look for ways to generate more revenues to help pay down the pension debts. Marcus Green of WDRB Louisville says Sen. Dan Seum (R-Fairdale) wants to legalize recreational marijuana so the state can tax its sales. Some 28 states already allow some form of recreational or medicinal marijuana use. But Wheatley says he sees little support among other lawmakers to legalize marijuana use.

Bevin originally proposed a special legislative session to simultaneously tackle pension and tax reform. Now it appears talks about tax reform won’t occur until the 2018 General Assembly session, if not later, says Wheatley. He says freshmen Republicans in the state House of Representatives are reluctant to change the tax codes ahead of their first reelection campaigns.

Green says a termination letter from interim university President Greg Postel alleged Pitino had engaged in a pattern of inappropriate behavior in the basketball program, including the Adidas allegations and earlier scandal allegations involving sexual favors for basketball recruits and players.

The letter sets the stage for firing Pitino “with cause” so U of L won’t have to pay a $44 million buyout of the Hall-of-Fame coach’s contract. Green says Pitino’s lawyer, former Lt. Gov. Steve Pence, denies the coach participated in either scandal. Pence is expected to appear at an athletics’ board meeting on Oct. 16 to defend Pitino against the allegations.

U of L Athletic Director Tom Jurich remains on paid administrative leave over the matter. Deborah Yetter of The Courier-Journal says the university’s Board of Trustees is laying the groundwork for Jurich’s termination, despite intense lobbying on his behalf by several significant athletics boosters. Yetter says Jurich is the highest paid athletics director in the nation, earning more than $5 million a year. She says former U of L President James Ramsey approved special incentives and bonuses that have significantly increased Jurich’s salary during his 20-year tenure at Louisville.

Meanwhile, U of L named Vince Tyra as interim athletic director. Green says the Louisville businessman is the son of Charlie Tyra, a U of L basketball standout from the 1950s. He says Tyra’s goal is to provide continuity and stability to all of the school’s sports programs.

The news hasn’t been all bad for U of L. Yetter says it appears that the Southern Association of Colleges and Schools (SACS) appears to be poised to lift its sanctions against Louisville. SACS placed U of L on probation after Gov. Bevin restructured the university’s board of trustees in 2016. The accrediting body was concerned that the governor’s action threatened the political independence and academic freedom of the school.

Yetter says SACS officials had a positive visit to U of L last month, and she says Postel believes the probation could be rescinded in December.

Holton issued the order on his last day before retirement, says Yetter, and he suspended the sanctions against the two social service workers for one year. She says it will be up to Holton’s successor to enforce the contempt order.

Before his departure, the judge heard testimony from CHFS employees who said the agency is in crisis because there are not enough social workers to manage the cases of thousands of children in state care. One 29-year employee called the cabinet “a mess.”

Yetter says CHFS staffers have been held in contempt before over a specific case, but she says this is the first time a contempt citation was issued for broader concerns about the cabinet.

Questions surround the sudden departures of two other cabinet officials. Yetter says CHFS Inspector General Robert Silverthorn abruptly left his post last week to return to the private sector. His job involved regulating abortion clinics, and Yetter says he was a key player in the Bevin administration’s fight to revoke the license of the EMW Women’s Surgical Center in Louisville. It is the state’s last remaining abortion provider. 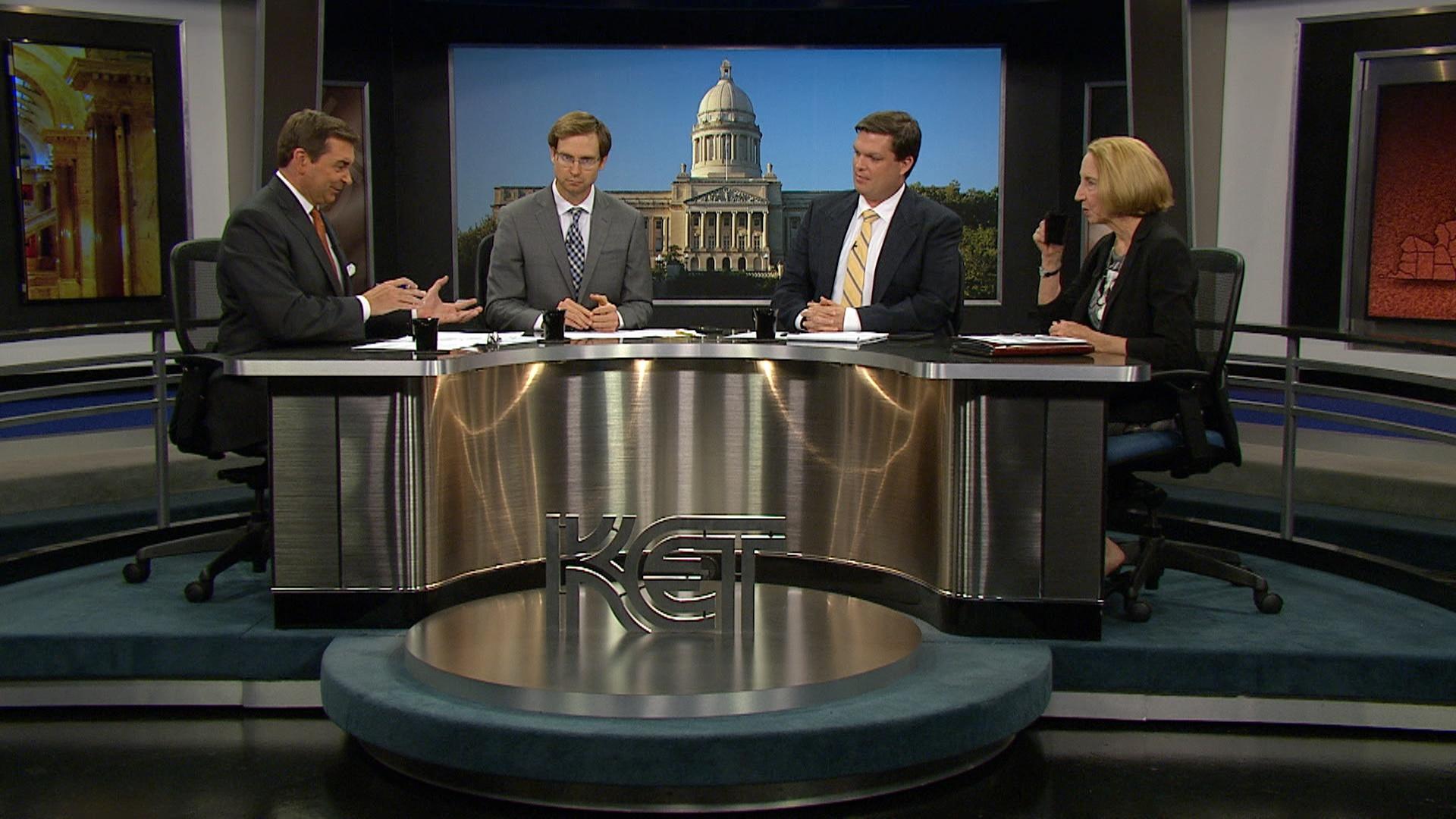