A new poll shows the governor’s race to be virtually tied, with the major party contenders surprisingly close in two of the state’s Congressional districts.

The panel on Comment on Kentucky discussed the Mason-Dixon survey and a new campaign finance report for the gubernatorial campaign.

Regions, Gender Play into Survey Results
The poll released Friday shows Republican Matt Bevin with 41 percent, Democrat Jack Conway with 43 percent, and independent Drew Curtis with 6 percent. With a 4 percent margin of error, Bevin and Conway are in a statistical tie. Bevin holds strong leads in the 1st and 5th Congressional districts, in western and southeastern Kentucky respectively. Conway maintains significant margins in Louisville’s 3rd district and in the 6th district around Lexington.

The surprises, according to Michael Gossum of WBKO-TV in Bowling Green, come in the remaining districts. In the 2nd, which spans from Danville to Owensboro, Bevin only has a three-point lead. The district includes Bowling Green, where Bevin’s running mate Jenean Hampton lives. Gossum says local Republicans are frustrated that Bevin hasn’t visited the city more, especially given the nearly 76,000 registered voters in Warren County.

And in the Tea Party stronghold of northern Kentucky’s 4th district, Bevin only has a four-point advantage. Joe Gerth of the Louisville Courier-Journal cites a recent report in the Cincinnati Enquirer that indicates some establishment Republicans in the district are leaving Bevin because of his Tea Party ties and shifting their support to Conway. Gerth says that decision could explain why the contest in those northern counties appears to be so close.

Campaign Funds and Outside Cash
The campaign finance reports filed last week show Conway with a significant fundraising advantage over Bevin. Gerth says the Democrat has more than $2 million in cash left for the final weeks of the race. Bevin has about $670,000 remaining.

Gerth notes that the Republican Governors Association (RGA) recently suspended its advertising on behalf of Bevin after spending some $3 million in the state. Gerth says the RGA allegedly stopped because Bevin hadn’t spent enough of his own campaign money. The RGA could return with additional ads before Election Day, but if they don’t, Gerth says Conway has the funds to run five times more TV spots than Bevin between now and Nov. 3.

Outside money has also helped make the attorney general’s race a tie. Gerth says Republican state Sen. Whitney Westerfield has raised only about $141,000 compared to Democrat Andy Beshear’s $2.7 million. But Beshear’s fundraising edge has been effectively neutralized by advertising purchased by the Republican Attorneys General Association (RAGA). Gerth says RAGA has spent more than $2.2 million on ads attacking Beshear, and could spend a total of $5 million on behalf of Westerfield before the race concludes.

Cold, Hard Fiscal Realities
The one place where there is a dearth of cash is in the state coffers. John Cheves of the Lexington Herald-Leader reports that whoever becomes the next governor will only have a few weeks after taking office to present a new two-year state budget, and they’ll have only a small surplus to help support it. Cheves says any surplus carried over from the current biennium will need to be devoted to covering expanded Medicaid costs that start in 2017, as well as the unfunded liabilities in the state pension systems.

Cheves says the Kentucky Employees Retirement System only has about 21 percent of the funds it needs to pay future retiree benefits, while the Kentucky Teachers’ Retirement System has about half of what it needs to meet its pension obligations. He says the two shortfalls total about $30 billion in future unfunded liabilities, and neither Conway nor Bevin have a clear plan for addressing the problem.

The gubernatorial candidates oppose tax increases, but Cheves says they are open to tweaking existing tax breaks that leave some $10 billion in potential revenues uncollected.

Joe Gerth adds that Conway last week suggested that expanded gaming might be an option. House Speaker Greg Stumbo is floating a proposed constitutional amendment that would allow a casino in each of the state’s Congressional districts. But Cheves says casino proceeds are proving to be an unstable and declining source of revenue for states.

Health Insurance Provider to Close
Word came late Friday that the Kentucky Health Cooperative, the largest health insurer in the Kynect system, is going out of business. The cooperative had expected to get about 30,000 enrollees through Kynect, but instead saw 51,000 people sign up for coverage.

John Cheves says the plan lost millions of dollars because too many old and unhealthy people enrolled. He says the failure of the cooperative is an embarrassment to supporters of health care reform in the commonwealth.

Current cooperative customers will have coverage through the end of the year, but will then have to switch to another plan. Gov. Steve Beshear announced that seven companies will offer health insurance coverage during the upcoming enrollment period, which begins Nov. 1, and that Kentuckians should be able to find replacement coverage at comparable prices. 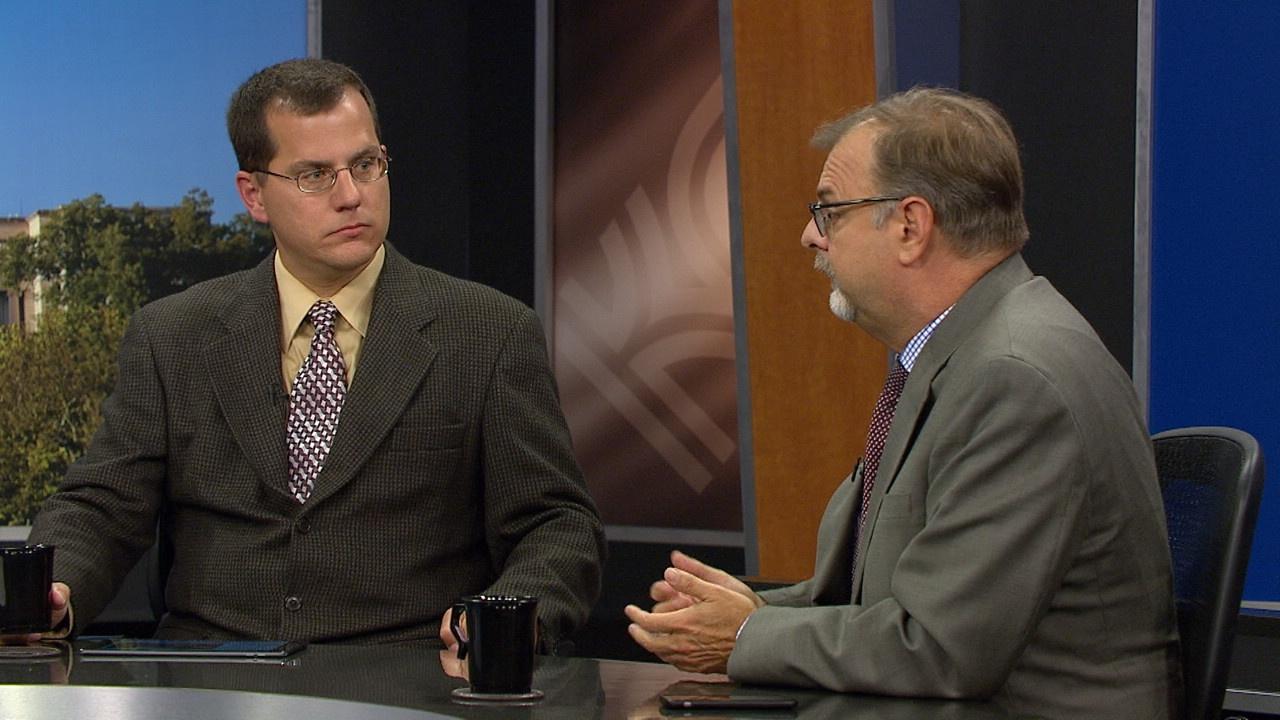