Lawmakers and other officials hope their reassuring words about pension reform will prevent a mass exodus of state employees worried about protecting their retirement benefits. But in the three weeks since the PFM Group announced its recommendations for addressing the unfunded pension liabilities, a number of workers have decided to try to lock in those benefits by retiring now.

The journalists on KET’s Comment on Kentucky reviewed the latest on the public pension crisis and the state budget. They also discussed plans for two new horse racing tracks and updates in higher education.

Trying to Calm Pension Fears
In late August, consultants hired by the Bevin administration offered a series of options to address the more than $35 billion in unfunded liabilities facing the state’s retirement systems. They suggested moving new hires into 401(k)-type plans, increasing the retirement ages for many current state workers and teachers, and clawing back cost-of-living adjustments given to retirees.

Concerns about potential benefit cuts have left some state workers already eligible for retirement wondering whether they should retire now in hopes of protecting the benefits they were promised. So far this month, retirements among state employees are up 38 percent over the same time last year, says Ronnie Ellis of CNHI News Service.

But lawmakers are trying to calm those fears. Ellis says House Speaker Jeff Hoover (R-Jamestown) and other Republican leaders say COLAs will not be rescinded. During a meeting with constituents, Rep. Steve Riley (R-Glasgow), who is a retired teacher himself, said he also doubts legislators will raise the retirement age, according to Ellis.

Gov. Matt Bevin and Kentucky Education Commissioner Stephen Pruitt are among the state officials encouraging workers to delay their retirement decisions until they see details of the pension reform package. Ellis says if state employees take early retirement, then that will leave fewer people paying into the beleaguered pension systems and more people drawing benefits. There’s also a concern that as long-time employees leave, they will be replaced with inexperienced workers.

The idea of placing new hires into 401(k)-type plans could hurt recruitment of new employees, says Ellis. He says the defined-benefit pensions have been a good recruitment tool to attract quality employees when state salaries aren’t competitive with private sector jobs.

The Kentucky Education Association is mobilizing their lobbying efforts on pension reform. Ellis says local school boards are the largest employers in many counties, so the chances are good that legislators are either related to or friends with a teacher or school employee who would be affected by the changes. Linda Blackford of the Lexington Herald-Leader says teachers may not be inspired to march on Frankfort over school testing, but they would likely rally to protect their retirement plans.

Despite the consultant’s recommendations, Republican leaders have yet to release their specific pension proposals. Speaker Hoover pledged to give lawmakers and the public 30 days to review the proposed reform bill before the legislature votes on it. Ellis says that means a special session of the General Assembly won’t happen until late October or early November at the earliest.

Another Budget Battle
Attorney General Andy Beshear is challenging the Bevin administration’s call for state agencies to cut 17 percent from their operating budgets this fiscal year. Lawrence Smith of WDRB-TV in Louisville says state Budget Director John Chilton made the request to agency heads so as to avert a projected $200 million shortfall. Gov. Bevin wants to trim state spending by $350 million and put the extra moneys into the state’s Rainy Day Fund.

Beshear contends those cuts can’t be made until the Consensus Forecasting Group makes its official revenue forecast in December, and any money saved from those cuts can’t legally go into Kentucky’s reserve fund. Smith says Chilton responded by saying he hadn’t ordered any cuts, but simply asked agency officials to prepare for them.

Language in the budget bill may also hamper Bevin’s unilateral call for cuts. Ellis says when lawmakers pass budgets, they include language that says the legislature has to be involved in trimming ongoing budgets when there’s a shortfall of 5 percent or greater.

Beshear’s challenge is seen as another shot in the feud between the Democratic attorney general and the Republican governor. Bevin later told a meeting of the Kentucky Chapter of The Federalist Society that voters should consider a constitutional amendment to enable governors to appoint attorneys general rather than have them elected by popular vote.

The potential for new cuts has stoked concerns about what services may be affected. Ellis says a group of county attorneys and commonwealth’s attorneys told the Interim Joint Committee on Judiciary that a 17 percent reduction in current spending would essentially shut down the state’s criminal justice system.

New Racetracks Proposed
Churchill Downs and Keeneland are partnering on a plan to open horse racing tracks in Corbin and in Oak Grove near Fort Campbell, according to Blackford. She says the Corbin track will feature Quarter Horse racing while the Oak Grove track will have harness racing. Both facilities will also host historical racing machines that allow bettors to wager on previously run races. The planned venues are located along interstates near the Kentucky-Tennessee border.

Kentucky Downs in Franklin, Ellis Park in Henderson and The Red Mile in Lexington already operate historical racing machines, says Blackford. But there’s an ongoing battle over the legality of the games. Ellis says the Kentucky Family Foundation argues that state law only allows for pari-mutuel wagering, which is where bettors bet against one another. The Family Foundation contends historical racing games are too much like traditional slot machines and pit bettors against the house.

Higher Education News
Gov. Bevin has renewed his call for state colleges and universities to stop offering what he calls “frivolous” liberal arts degrees in favor of programs that graduate students into high-paying, high-demand jobs. But Blackford reports that economists say the pressing issue with higher education in Kentucky isn’t the field of study being pursued but rather the number of people who earn degrees. She says 45 percent of Kentucky’s working-age population have degrees compared to almost 53 percent nationally. Even in economically depressed eastern Kentucky, the unemployment rate is lower for people with an undergraduate degree, she says.

Representatives from the Southern Association of Colleges and Schools (SACS) will visit Kentucky this week to interview University of Louisville officials and Gov. Bevin. SACS placed the school on probation last year after Bevin restructured the U of L Board of Trustees. Smith says university officials hope the visit will prompt SACS to lift the probation.

A Dallas headhunting firm will lead the search for a new U of L president. The school has been without a permanent president since James Ramsey was forced to resign in 2016. Smith says R. William Funk & Associates of Dallas will receive $170,000 to conduct the search. He says a new president should be place by the spring.

A Transylvania University student has left that school after saying a fellow student should be deported. Taylor Ragg posted on Facebook that Paola Garcia should be forced from the country because she criticized President Donald Trump. Blackford says Garcia is a Deferred Action for Childhood Arrivals (DACA) student. The president wants to end the DACA program in six months. Blackford says university administrators find it tricky to balance First Amendment freedoms for students on social media with school policies against harassment and discrimination. 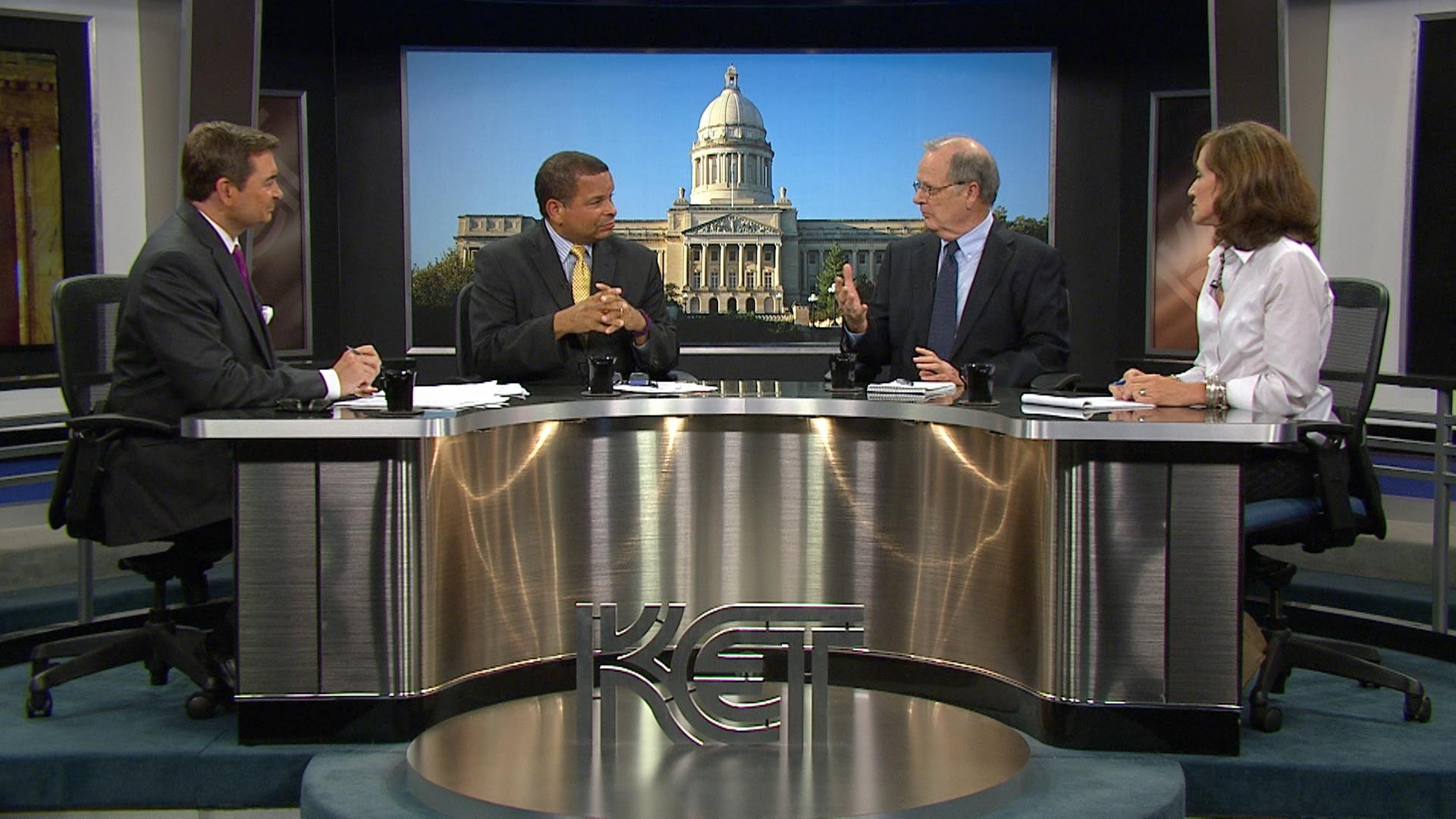