Bill Bryant and a panel of Kentucky journalists discuss the news of the week, including legal battles between the governor and the state attorney general.
S42 E46 Length 26:33 Premiere: 9.15.16

The commonwealth’s judges are keeping busy this year with a number of high-profile cases, ranging from lawsuits against the governor to a state university suit against its own student newspaper.

The journalists on KET’s Comment on Kentucky discussed the latest developments in several of these cases, as well as a recent speech by Gov. Matt Bevin that has drawn criticism from several Democratic politicians.

U of L Updates
An expert witness told Franklin Circuit Judge Phillip Shepherd that the University of Louisville’s accreditation could be at risk because of the recent restructuring of the school’s board of trustees. Kevin Wheatley of cn|2 says state Attorney General Andy Beshear called the expert to testify in his lawsuit challenging Gov. Matt Bevin’s authority to abolish and re-create the U of L board.

Bevin’s General Counsel, Steve Pitt, said that state statute gives governors the authority to remove any university board. Wheatley says Pitt also argued that a previous state appeals court decision supports that contention. Tom Loftus of the Courier-Journal says Pitt believes the court case will be settled long before SACS could take any action against U of L. Pitt also said the General Assembly could authorize Bevin’s restructuring when  it convenes in January.

If lawmakers do that, Pitt contends the legal challenges would be rendered moot, according to Loftus. That also presumes that Republicans gain control of the state House of Representatives. Otherwise, Wheatley says there’s little chance that current Speaker Greg Stumbo (D-Prestonsburg) and other House Democrats would support the Republican governor on this issue.

Another portion of the U of L saga was resolved on Friday when Ramsey stepped down as president of the University of Louisville Foundation. Loftus says Ramsey continued with the independent nonprofit after he resigned as president of the school earlier this summer. Ramsey’s departure from the foundation ends his 13-year tenure at the university, Loftus says.

Open Records and Open Meetings
A group of 15 journalism professors at the University of Kentucky called upon the school’s president to drop a lawsuit against the Kentucky Kernel student newspaper. Janet Patton of the Lexington Herald-Leader says the instructors also want UK President Eli Capilouto to apologize for making what they deemed disparaging remarks about the paper’s editor.

UK and the Kernel are at odds over investigative records relating to a former professor accused of sexually assaulting and harassing students. Citing privacy concerns, the school refused to release some documents sought by the paper. State Attorney General Andy Beshear said the documents fell under Kentucky’s Open Records Law and should be made available to the Kernel. The university has appealed that decision and is suing the paper in Fayette Circuit Court.

Patton says journalism professors objected to a claim by Capilouto that the Kernel published “salacious details” about the case as way to boost circulation. She says UK has not only denied the newspaper access to the documents, but also will not allow Attorney General Beshear to privately review the records. Patton says that could set a dangerous precedent for future open records cases if an attorney general is denied so-called “in camera” access to documents sought by the public.

Earlier this month the Tourism, Arts and Heritage Cabinet attempted to deny Patton access to a meeting of the Kentucky Horse Park Commission. Patton says she learned about a meeting that had not been publicized, and was told it was a private meeting to discuss park business. She says public boards are allowed to go into private session to review business deals, pending litigation and similar matters, but only after conducting a public discussion first.

After Patton was blocked from the meeting, she tried to photograph those in attendance to see if a quorum of the commission was present. If more than half of a board’s members are present, then the meeting must be open, Patton says. She says she was escorted from the building by park police, but then was later allowed into the meeting. She says commissioners were brainstorming ideas for the park’s future.

Patton says fighting for access to such meetings is a critical function of journalists because the public has a right to know what happens in them. Tom Loftus adds that many boards unnecessarily go into private session to discuss routine matters that journalists and the public would consider boring were they not cloaked in secrecy.

Bevin Speaks at Value Voters Summit
Democrats have criticized Gov. Bevin for a speech he made that they contend could incite violence. Loftus says the governor made the remarks at the recent Value Voters Conference in Washington, D.C. In his speech, Bevin bemoaned what he sees as the moral decline of the country. He also warned that if Democrat Hillary Clinton becomes president, blood might have to be shed to protect America’s freedom, values, and Constitution.

A spokesperson for the governor said Bevin was actually referring to the sacrifices that might need to be made to fight Islamic extremism. But Loftus says that part of Bevin’s speech occurred minutes before his references to bloodshed. 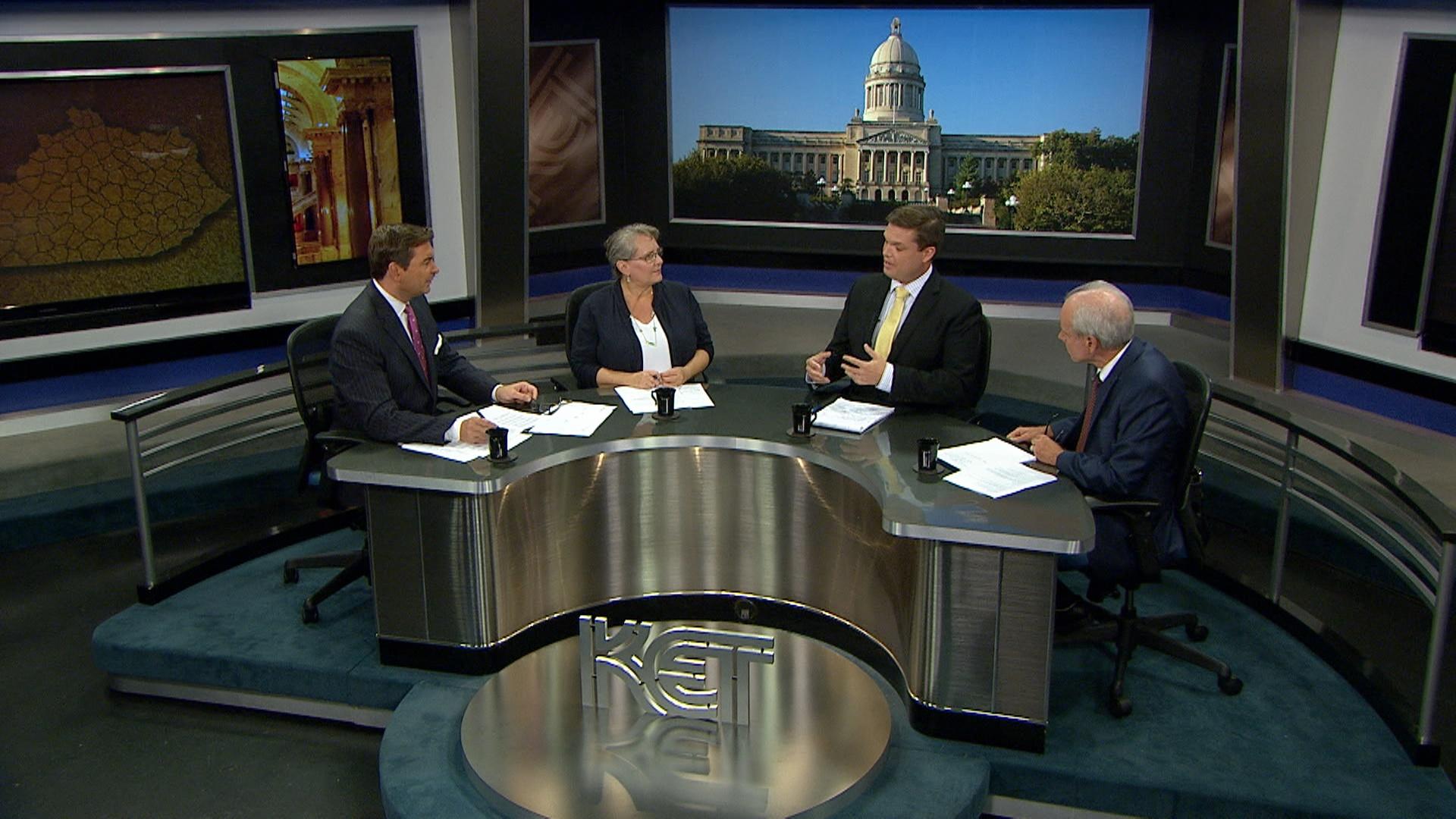