Journalists from around the state discuss news of the week with host Bill Bryant. Guests: Ronnie Ellis from CNHI News Service; Michael Gossum from WBKO-TV in Bowling Green; and Scott Wartman from the Kentucky Enquirer.
S42 E44 Length 26:31 Premiere: 9.2.16

The Comment on Kentucky journalists discussed the latest development in the governor’s efforts to secure a Republican majority in the state House of Representatives.

Message Warned of Impacts on District
Ronnie Ellis of CNHI News Service, who broke the story, says Rep. Meyer met with Gov. Bevin and his chief of staff, Blake Brickman, in mid-December. During that conversation, Meyer said he felt pressured by the GOP governor to change parties, which would help Republicans gain control of the House. When Meyer subsequently declined to do so, he said Brickman threatened to pull state funding for projects in his district that covers parts of Fayette and Jessamine Counties, according to Ellis.

The next day, the governor left Meyer a voicemail message. Bevin said he was disappointed in Meyer’s choice to remain a Democrat and that he wanted to make sure the lawmaker understood the impact of that decision on his seat and his district.

Several months later, Meyer learned that the Bevin administration halted a critical road project in Jessamine County. As a result, Ellis says the state had to pay the contractor on that job $625,000 in damages.

Bevin denied the road action was related to Meyer’s decision. Ellis says the governor’s office contends the administration of former Gov. Steve Beshear pushed the project through before all the necessary property had been acquired. Ellis says such road contract arrangements are not common but have happened in the past.

He also notes that it’s not unusual for elected officials to play “hard-ball politics” to get what they want. Ellis cites an example of Beshear holding up a road project slated for the district of former Senate President David Williams, which he says many people saw as political retaliation against the Republican lawmaker.

But Ellis adds that this is the second such accusation against Gov. Bevin. In July, Ellis reported that the governor lobbied Rep. Kevin Sinnette (D-Ashland) to switch his affiliation. When he declined, Sinnette said Bevin threatened to ensure his defeat in the next election.

Last week, after Meyer released his recording of the governor’s voicemail, House Speaker Greg Stumbo (D-Prestonsburg) said Bevin’s apparent retaliation could be an impeachable offense if proven true. Ellis says impeaching the governor would be difficult for Democrats to accomplish. He says that an impeachment vote could not occur until the new legislative session in January and that there’s no guarantee that Democrats will still control the House by then. Plus, the Senate would conduct an impeachment trial, and Ellis says there’s little chance of a conviction there since Republicans hold a supermajority in that chamber.

Kentucky Attorney General Andy Beshear, who has his own legal disputes with the governor, said the allegations against Bevin are troubling if true. Michael Gossum of WBKO-TV in Bowling Green says Beshear declined to address whether he would launch a formal investigation into the matter.

Frankfort News
Assistant Attorney General Amye Bensenhaver announced her retirement last week after spending 25 years writing opinions on open records and open meetings cases for the commonwealth. Ellis says Attorney General Beshear reprimanded Bensenhaver for granting an interview to a former journalist who wrote an article commemorating the 40th anniversary of the state’s open meetings and records laws. In her resignation letter, Bensenhaver said she felt she could no longer thrive at her job, according to Ellis.

Franklin Circuit Court Judge Phillip Shepherd criticized former Kentucky Retirement Systems board chair Tommy Elliott for not participating on the recently reconstituted pension board. Ellis says Shepherd temporarily blocked Elliott’s removal from the board by Gov. Bevin while the judge decides the governor’s legal authority to make such a change. Then, Shepherd voiced his displeasure last week with Elliott’s absence from a subsequent board meeting. Ellis says the judge indicated he could entertain a motion to reverse his decision on Elliott’s status.

State representatives met last week to discuss the ailing teacher and public employee pension plans. Ellis says House Minority Floor Leader Jeff Hoover (R-Jamestown) told Republican lawmakers to boycott the meeting called by Speaker Stumbo. Hoover claimed Stumbo organized the gathering and offered to pay expenses for lawmakers as a way to get Democrats to attend a campaign strategy session and Democratic fundraiser scheduled that same day. Ellis says one Republican legislator did attend the meeting, and he said Stumbo later told lawmakers that they could reject their expense payment.

And in the 19th House district, Democrat John Wayne Smith is challenging incumbent Rep. Michael Meredith (R-Brownsville). Gossum says Smith remains on the ballot even though he was convicted for failing to report incidents of suspected child abuse at the Bluegrass Challenge Academy at Fort Knox, where he was an administrator.

The two candidates running to succeed 1st Congressional district Rep. Ed Whitfield will also vie to complete the unexpired portion of his term. Whitfield announced his decision to retire last year, but last week said he would step down from his seat on Sept. 6. Gossum says Whitfield’s office would not say why the Congressman decided to leave early. The House Ethics Committee rebuked Whitfield earlier this summer for inappropriate contacts between his office staff and his wife, who lobbied on behalf of the Humane Society of the United States.

Gossum says Gov. Bevin set a special election to fill the rest of Whitfield’s term on Nov. 8 to coincide with the other fall elections. Both contests will feature former Kentucky Agriculture Commissioner James Comer, a Republican, against Democrat Samuel Gaskins, a carpenter and construction worker.

Comer is telling supporters that if he wins both elections, he would technically be considered a second-term Congressman when he is sworn in January. Gossum says that would put Comer in line for better committee assignments.

The Drug Scourge
Scott Wartman of the Kentucky Enquirer says law enforcement officers and health providers report that a powerful new drug has entered the Cincinnati-northern Kentucky region. Wartman says carfentanil is cheaper to produce and provides a more potent high, but is also more deadly. The drug goes by the name “elephant heroin” because it’s used as a veterinary tranquilizer.

Wartman says that wider availability of the overdose reversal drug naloxone has helped saved a number of overdose victims. He says the Cincinnati metro area usually sees about 100 overdose cases a month, but recently that count spiked to 100 overdoses in a week. Yet Wartman says that there has only been three fatalities in that same time period thanks to greater access to naloxone.

The heroin scourge has yet to reach south-central and western Kentucky, according to Gossum. But local police say they do see an increased use of a potent form of crystal meth. Instead of being produced locally, Gossum says the drug is coming into the state from Mexico. 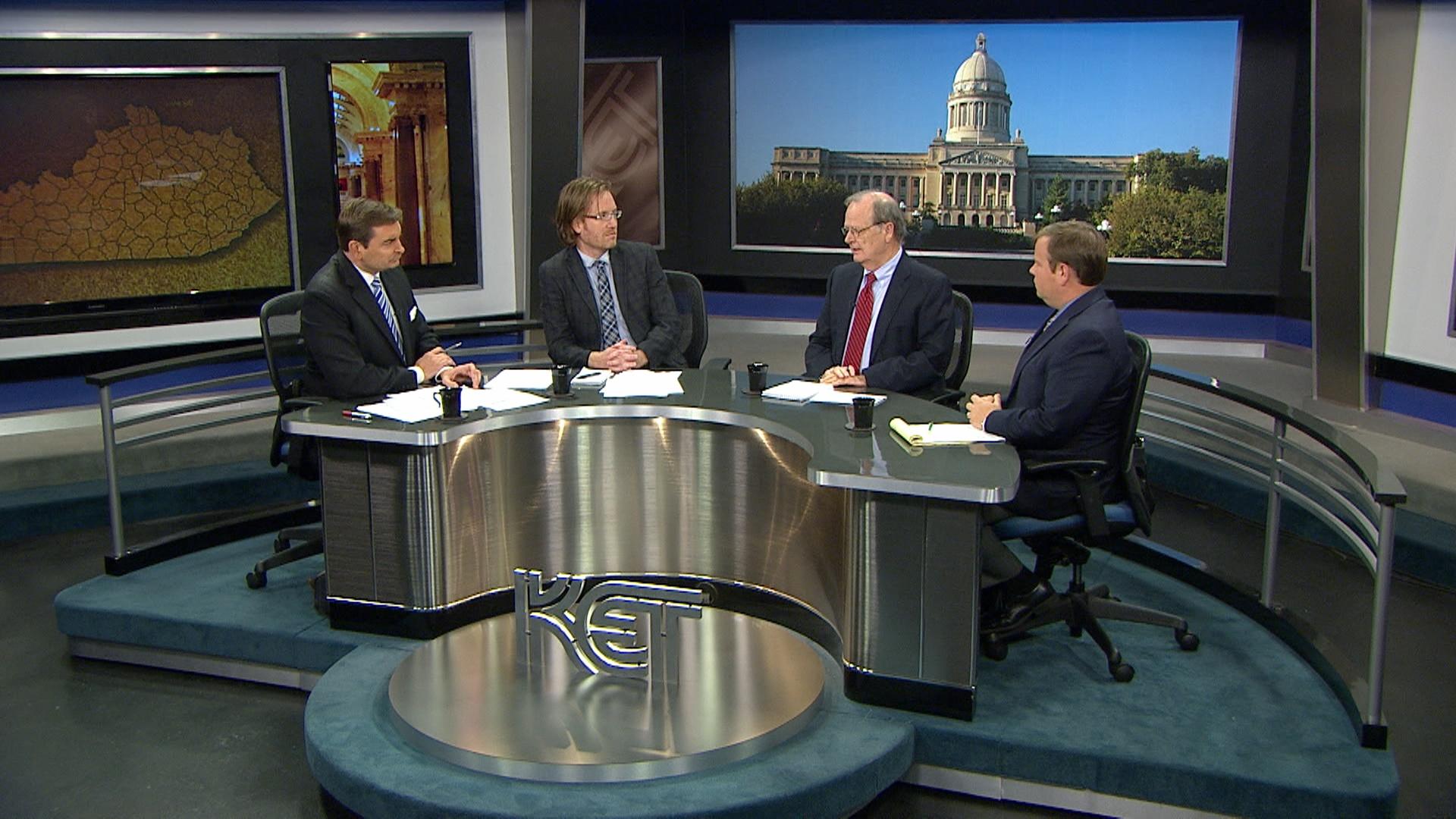