With the ongoing pension crisis and a looming state budget shortfall, lawmakers are exploring ways to fatten the commonwealth’s coffers, and that includes taking a fresh look at an old idea.

The journalists on KET’s Comment on Kentucky outlined several proposals for expanded gaming that could generate much-needed revenue for the state. They also discussed the latest on public pensions, Confederate statues, and state and federal politics.

The Search for New Revenues
Democratic state representatives Dennis Keene of Wilder and Rick Rand of Bedford have prefiled legislation for a constitutional amendment to allow up to 10 casinos across the commonwealth. Ryland Barton of Kentucky Public Radio says a second bill appears to be in the works from Louisvillians Sen. Morgan McGarvey, a Democrat, and Rep. Jerry Miller, a Republican. With tax reform on the back burner for now, Barton says lawmakers are eager to find new sources of revenues to address pension and budget needs.

A third option being proposed by Sen. Julian Carroll (D-Frankfort) would enable Kentuckians to bet on sporting events other than horse racing. Such wagering is illegal in most states, including Kentucky. But Barton says the U.S. Supreme Court is hearing a case that could open the doors to more sports betting.
He says if the court strikes down the prohibition, then Kentucky could be poised to benefit from sports bets under Carroll’s proposal.

Expanded gaming bills have faced stiff opposition in the past and will likely encounter more of the same in the 2018 General Assembly session. Deborah Yetter of The Courier-Journal says an amendment proposed in 2012 by then-Gov. Steve Beshear and sponsored by Sen. Damon Thayer (R-Georgetown) passed the Democrat-controlled House but went down to defeat in the Republican Senate.

Current Gov. Matt Bevin has already come out against more gaming. Barton says Bevin fears the social ills of gambling would outweigh any financial benefits the state might accrue.

In the meantime the governor continues to promote his ideas for tax reform. Barton says Bevin told a meeting of the Kentucky Chamber of Commerce that he wants to phase out corporate and individual income taxes and close other tax loopholes. The governor argues that will generate more spending by people and businesses, which will result in more tax revenues.

The state will finally benefit from home-sharing rentals made through Airbnb. Beth Musgrave of the Lexington Herald-Leader says the company has agreed to pay the state sales tax and hotel/motel tax on rentals. She says Airbnb is also negotiating with officials in Louisville and Lexington about collecting an additional 8.5 percent in local taxes in those communities. The company has done about $6 million in business in Louisville alone, according to Musgrave.

Budget Cuts and Pensions
Gov. Bevin’s proposed 17 percent budget cut to the current fiscal year could have dire consequences for government services. Yetter says the state’s county and commonwealth’s attorneys warn the reduction would force them to lay off a third of their personnel, drastically cut staff salaries, or close their offices next spring when their funding runs out. She says it’s also uncertain how the Cabinet for Health and Family Services would fare since it is already underfunded and understaffed.

Angst and anxiety remain high among state workers and retirees as they await a legislative proposal on pension reforms. Barton says there’s no clear statement yet on how benefits might change going forward.

Political News
U. S. Senator Rand Paul says he will not be bribed or bullied into voting for the current proposal to overhaul health care in America. Yetter says after Paul voiced his opposition to the plan last week, President Trump tweeted that Paul would be known as the Republican who saved the Affordable Care Act. Paul calls the Graham-Cassidy health care bill “Obamacare lite,” according to Yetter.

Musgrave says the legislation appears to be on life support after Paul and Sen. John McCain of Arizona said they oppose the bill that’s supported by Trump and Senate Majority Leader Mitch McConnell. Two other Republican senators, Susan Collins of Maine and Lisa Murkowski of Alaska, have also expressed doubts on the bill. A new version of the legislation unveiled this morning would provide additional funds to Alaska, Arizona, and Kentucky.

State Attorney General Andy Beshear announced plans to investigate and possibly sue drug companies that may have contributed to the opioid crisis in the commonwealth. Barton says Beshear is hiring four outside law firms on a contingency basis to review the issue and potentially pursue litigation.

Under former Attorney General Jack Conway, Kentucky sued and won a $24 million judgment against Purdue Pharma for questionable marketing of its pain killers. Barton says Republicans claim Beshear has a conflict of interest because the law firm he previously worked for represented Purdue Pharma in that case. To avoid any future accusations of conflict, Beshear sought outside counsel to handle the new investigation, says Barton.

State Sen. Ray Jones (D-Pikeville) announced he will run for Pike County Judge-Executive next year. Yetter says the Senate Minority Leader has been frustrated by the Republican domination in the House and Senate. Jones will keep his seat during the campaign and will be present in Frankfort for the 2018 legislative session.

The job of Pike County Judge-Executive has proved to be a stepping-stone to the governor’s office, says Musgrave. Democrat Paul Patton held that job before being elected lieutenant governor in 1991 and then governor in 1995.

Confederate Statues
The statue of Jefferson Davis will remain in the Capitol Rotunda, but the monument will get a signage change. Barton says the panel of the Historic Property Advisory Commission voted unanimously to remove a plaque that calls Davis a patriot, hero, and statesman. The decision comes amid renewed calls to relocate the statue of the Confederate president from the state capitol. Barton says the commission voted two years ago to keep the monument in place and doesn’t seem eager to revisit that issue.

Two Confederate statues in Lexington are a step closer to finding a new home. Musgrave says the Lexington Cemetery has agreed to take monuments of Confederate leaders John Hunt Morgan and John C. Breckinridge now located on the lawn of the old Fayette County Courthouse. Both men are buried at the cemetery.

The state’s Military Heritage Commission must give final approval to plan before the relocation can proceed. Musgrave says that group will consider the request at their November meeting. 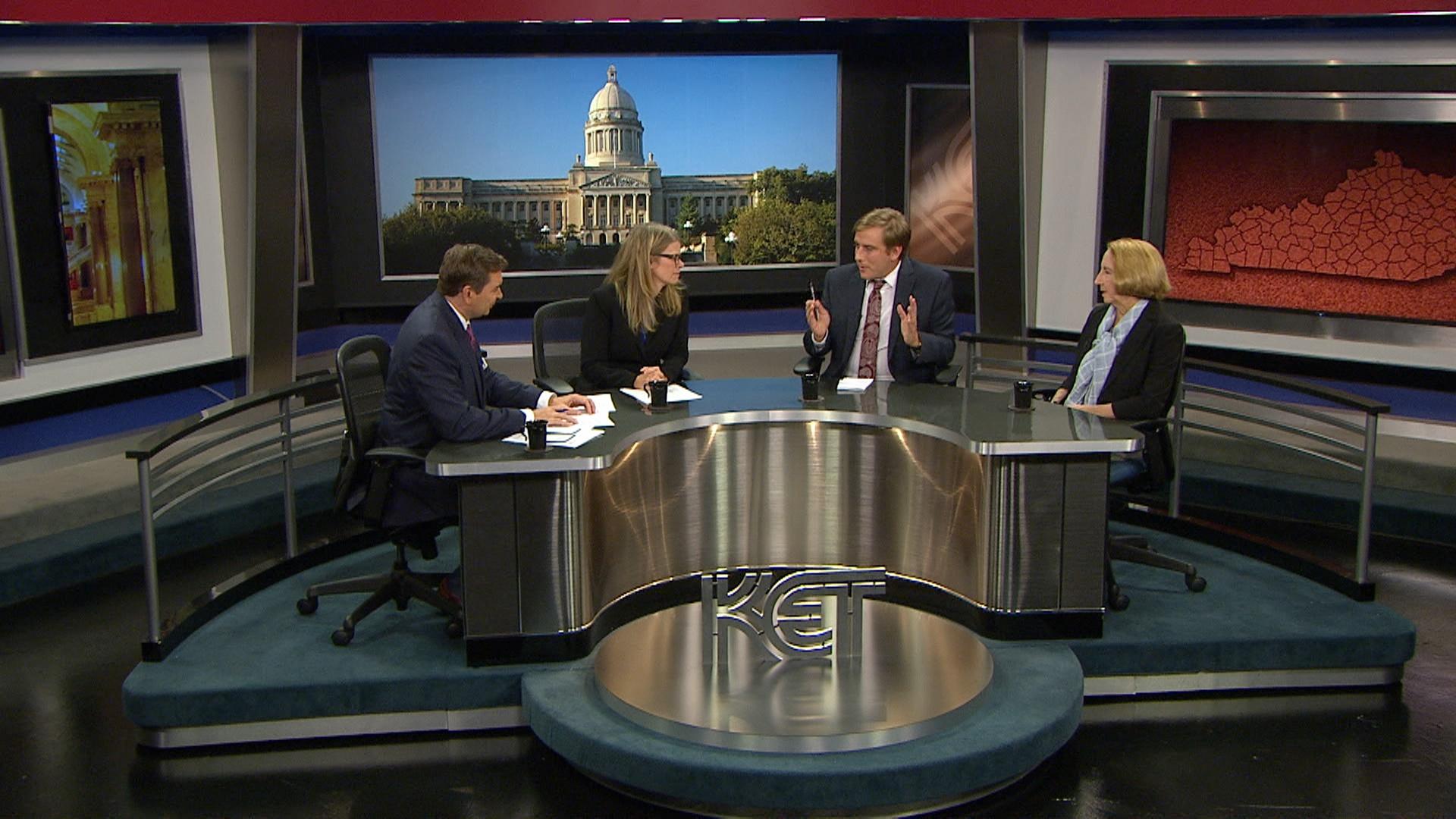