While the historic visit by Pope Francis dominated much of the week’s news, it was Friday’s surprise announcement by U.S. House Speaker John Boehner that will likely have greater repercussions for Washington politics.

The Comment on Kentucky journalists discussed local reaction to Boehner’s resignation and reviewed other items in the week’s news.

But Rep. Thomas Massie said Boehner had “subverted the republic” and called his resignation a gift to Congress.

Jack Brammer of the Lexington Herald-Leader says Massie’s comments illustrate the deep division among House Republicans. He says Massie and his Tea Party colleagues made it hard for Boehner to function.

Deborah Yetter of the Louisville Courier-Journal says she was surprised by the tone of Massie’s statement, and she questions whether anyone can effectively lead the chamber. She adds that Boehner’s resignation could also affect McConnell, who pledged no more government shutdowns once he became Senate Majority Leader.

Yet a shutdown at the end of the month is what a faction of House Republicans is threatening unless Planned Parenthood is defunded. Yetter says the U.S. Department of Agriculture is already warning that a shutdown would interrupt the Supplemental Nutrition Assistance Program, more commonly known as food stamps. She says more than 800,000 Kentuckians depend on those benefits.

Gay Marriage Controversy Lingers
Rowan County Clerk Kim Davis announced last week that she will switch from Democrat to Republican as she continues to push her religious objections to gay marriage. Jack Brammer says changing party affiliation may make seeking reelection more challenging for Davis. He says Democratic registrations in Rowan County are more than double those of Republicans.

Questions still remain about the marriage licenses being issued by Davis’ office. Ryland Barton of Kentucky Public Radio says the American Civil Liberties Union argues the current licenses coming from Rowan County are invalid. The ACLU says Davis is in contempt of court because she removed her name from the license forms and replaced it with the phrase “pursuant to federal court order.”

Barton says Davis contends the licenses are valid and can therefore no longer be held in contempt of court. Barton adds that the clerk also blames Gov. Steve Beshear for all her legal problems. Davis says the governor commandeered county clerks’ offices and usurped control of state marriage laws when he ordered clerks to issue licenses to same-sex couples after the U.S. Supreme Court decision upholding gay marriage.

Beshear has asked the court to dismiss Davis’ motion against him.

Frankfort News
Auditor Adam Edelen announced last week that 3,090 rape evidence kits remain untested in the commonwealth. The auditor conducted a count of the kits that are in storage at the state police forensics lab in Frankfort and at local police departments around Kentucky. Jack Brammer says Edelen’s report recommended more funding for the state crime lab and clearer policies for processing the kits.

Deborah Yetter says the Kentucky Cabinet for Health and Family Services (CHFS) will also seek more money in the next biennium. She says CHFS has experienced a net loss of $50 million in funding since 2008, which has hampered the cabinet’s efforts to help abused and neglected children. Yetter says Kentucky registered 10 deaths and 32 near deaths due to child abuse last year, and that more than 8,000 children have been placed in state care this year.

And Sen. John Schickel (R-Union) is suing the Legislative Ethics Commission and the Kentucky Registry of Election Finance over campaign contribution limits. Ryland Barton says Schickel wants the $1,000 individual contribution cap removed, and he wants lobbyists to be able to give gifts to lawmakers. Barton says the fate of the suit in U.S. District Court is uncertain, but he says Schickel may be positioning his case for the Supreme Court, which has struck down other campaign finance limits in the past. 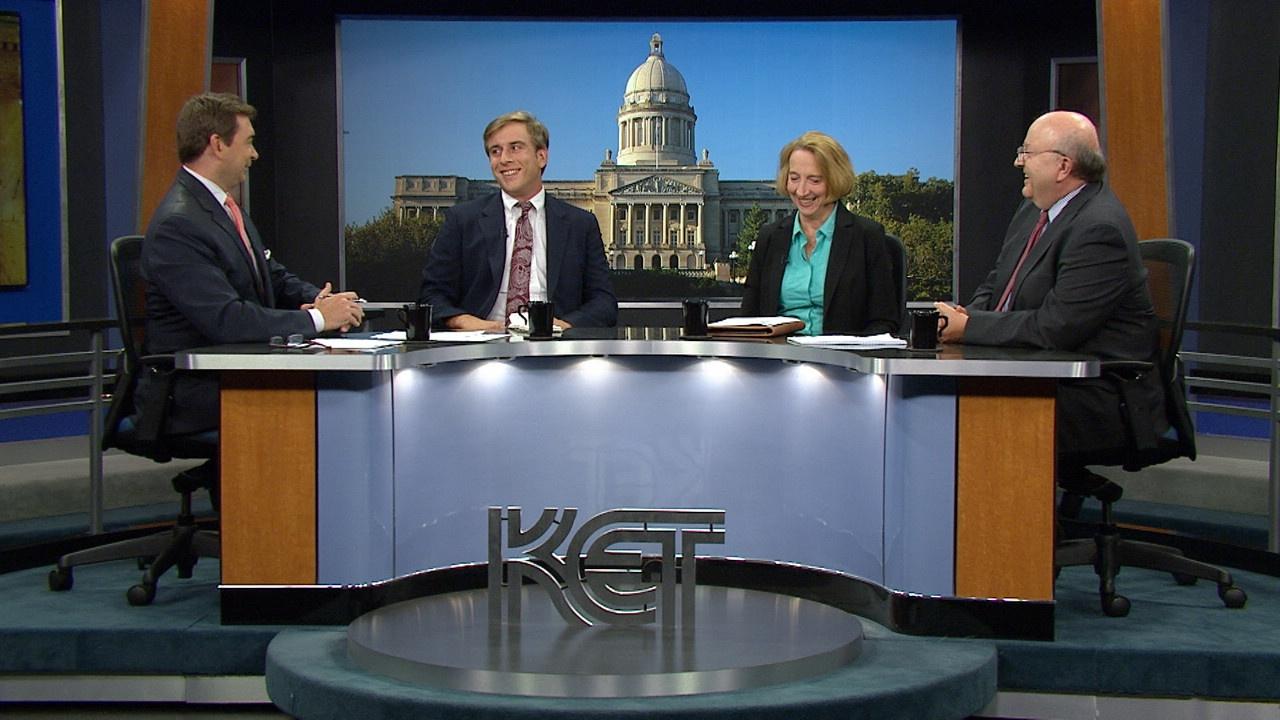