Bill Bryant and journalists from around the state discuss news of the week, including a major court decision involving the University of Louisville's board of trustees. Guests: Ryland Barton from Kentucky Public Radio; Linda Blackford from the Lexington Herald-Leader; and Lawrence Smith from WDRB-TV in Louisville.
S42 E48 Length 26:31 Premiere: 9.30.16

The feud between the governor’s office and state Democrats escalated to new heights last week as Gov. Matt Bevin faced another setback in court.

The journalists on Comment on Kentucky detailed the ruling in a case challenging Bevin’s authority to restructure the University of Louisville Board of Trustees. They also discussed other news from Frankfort, Lexington, and the campaign trail.

A Ruling, a Text, and a Web Video
Franklin Circuit Court Judge Philip Shepherd ruled last Wednesday that a governor cannot execute a wholesale restructuring of a state university board of trustees as Gov. Matt Bevin did at U of L earlier this year. Ryland Barton of WFPL-FM in Louisville reports that Shepherd’s ruling said Bevin dismissed the school’s trustees by “unilateral fiat” and bypassed specific procedures outlined in state law for ousting university board members. Barton says the governor’s office has not yet indicated whether it will appeal the decision.

That leaves the old U of L board in place, according to Lawrence Smith of WDRB-TV in Louisville. But he says that group currently has five vacancies and does not have the proper political and racial balance mandated by state law. Smith says Bevin so far has declined to appoint new members to the existing board because he doesn’t want to give it legitimacy. Despite being short-handed, Smith says the trustees are proceeding with a search for a new university president and are partnering on the selection of a firm to conduct an audit of the University of Louisville Foundation.

This is the second time in a week that state courts rejected actions taken by the governor. On Sept. 22 the Kentucky Supreme Court said Bevin could not cut public university funding from a previously enacted budget. Linda Blackford of the Lexington Herald-Leader says Bevin can ask the Kentucky Supreme Court to reconsider its decision in that case. Until then, she says the $18 million that was withheld from public universities and colleges last fiscal year will remain in escrow.

Democratic Attorney General Andy Beshear brought lawsuits challenging Bevin on both actions, and the court decisions appear to have escalated the war of words between the two men. Smith says the Republican governor sent Beshear a text message last week that said the attorney general’s office was “becoming an increasing embarrassment to the commonwealth.” The governor’s office said Bevin was referring to published reports that an investigator in Beshear’s office allegedly gave false information in a Medicaid fraud case.

The next day Bevin released a web video in which Blackford says the governor accused state House Democrats of lying about funding for public education in the state. At issue was whether Bevin would release funds to cover a shortfall in the K-12 budget. Blackford says Bevin’s video sought to pre-empt a press conference on the matter that House Speaker Greg Stumbo and other Democratic representatives scheduled for later that afternoon. Blackford says Bevin subsequently released the more than $4 million needed to fill the funding gap.

In that video Bevin also criticized state universities for complaining about the budget cuts they had sustained while then giving a large pay increase to one school president. Blackford says the comment was directed at University of Kentucky President Eli Capilouto, who received a 48 percent pay raise in June. Blackford says in one 24-hour period the governor launched open warfare on the Democratic attorney general, top House Democrats, and the chief executive of the state’s largest university.

Other UK Stories
–Blackford says UK continues to face questions about what strings may be attached to multimillion-dollar gifts to create a center for the study of free enterprise. Late last year Louisville businessman John Schnatter pledged $8 million and the Charles Koch Foundation added $4 million to fund the project.

Blackford says agreements that come with such donations can include controls on how the institutes are operated and who can be hired to teach at them. She says the dean of UK’s Gatton College of Business and Economics has pledged to maintain control of the new center.

–According to a campus survey, UK students experienced more than 800 sexual assaults in the 2015-2016 school year. That number is down slightly from the first time the survey was conducted in the previous school year. Blackford says the victims report that they usually know the assailant but they don’t consider the incidents serious enough to formally report the assaults. UK wants to collect five years worth of assault data in the self-reported survey, she says.

Last week Capilouto released a plan to address sexual misconduct by students, faculty, and staff on the Lexington campus. In announcing the initiative, Blackford says, Capilouto did not reference reporting by the UK student newspaper that brought to light sexual assault allegations against a former faculty member. The administration and the Kernel are battling over the release of documents relating to the case. 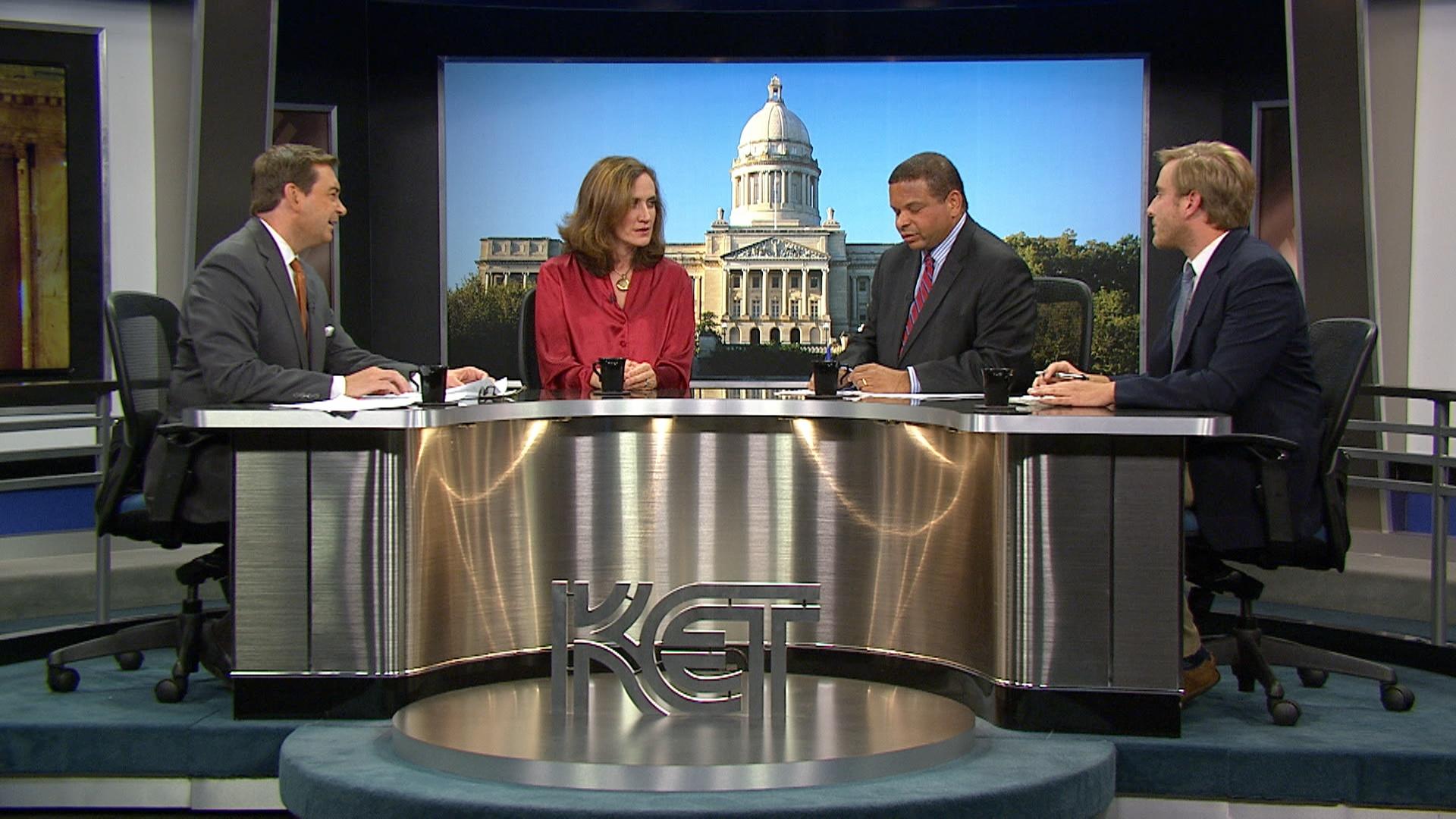