Gov. Matt Bevin wants to slash most government spending by more than 17 percent in hopes of forestalling a projected $200 million deficit in the state budget this fiscal year. That means state agencies that have endured multiple budget cuts since the 2008 recession will be forced to tighten their belts even further.

The journalists on KET’s Comment on Kentucky discussed the latest on the budget crunch and the public pension crisis that’s driving it. They also recapped recent news stories from Metro Louisville and northern Kentucky.

More Cuts Coming to State Agencies
The governor wants all state agencies as well as the legislative and judicial branches of state government to reduce spending by a total of $350 million this fiscal year. John Cheves of the Lexington Herald-Leader says Bevin spared K-12 and higher education funding from the cuts as well as Medicaid spending, prison budgets, and debt payments. The governor contends the cuts are needed to avert a state budget shortfall and prevent Kentucky’s Rainy Day Fund from being depleted.

Bevin had to reduce state spending earlier this summer to close a $152 million shortfall that occurred at the end of last fiscal year. Cheves says The Kentucky Center for Economic Policy reports that funding for some state agencies has been cut by more than 70 percent since the start of the recession in 2008.

Even with several major economic development projects planned for the commonwealth, the state continues to struggle financially. Cheves says that’s because Kentucky is traditionally a poor state with an antiquated tax code. He says the commonwealth will lose $13 billion in revenues this year thanks to 270 tax breaks currently on the books.

Gov. Bevin told WHAS Radio in Louisville that he will not seek expanded gaming or legalizing marijuana as sources of additional revenues for the state. A special session on tax reform has been delayed so lawmakers can address the pension crisis first.

The claw back could have cut pension benefits to retirees by as much as 30 percent, according to Cheves. He says that would have been devastating to pensioners who receive an average of $20,000 or less each year.

The potential for benefit cuts has prompted many current state workers and public school teachers to accelerate their retirement schedules. Cheves says 37 percent more people have filed for retirement so far this month compared to September of last year. He says this exodus will exacerbate the pension crisis because fewer active employees will be paying into the retirement systems while more retirees will be drawing benefits. But Cheves says the head of the Kentucky Association of State Employees is encouraging eligible workers to take retirement now so they can lock in their benefits ahead of any possible changes.

The pension crisis is trickling down to local city and county governments faced with making more benefit payments to their retirees. Marcus Green of WDRB-TV says Metro Louisville could be paying 20 percent of its overall budget to pension obligations by next year.

Northern Kentucky News
The Cincinnati region could be in the running for a second headquarters for Amazon. Wartman says region fits several of the search criteria desired by the online retailer. But he reports that some site selection consultants believe Kentucky could be hurt by the fact that Amazon already has several large operations in the state. He says some companies don’t like to cluster their facilities in one area.

Amazon employs about 10,000 people statewide and Wartman says the new headquarters could bring another 50,000 jobs. Green says Louisville also hoped to be considered for the new headquarters, but the city lacks a key site criterion: Easy access to an airport with international flights and direct connections to Seattle and San Francisco.

U.S. Rep. Thomas Massie is drawing criticism for opposing federal aid to victims of Hurricane Harvey. The northern Kentucky Republican was one of three Congressmen to oppose the $7.9 billion relief package. Wartman says Massie, a fiscal conservative, argued there should be spending cuts to offset the Harvey aid.

A Tweet posted on the Northern Kentucky Chamber of Commerce’s Twitter account used obscene language to criticize Massie for his vote. Wartman says the social media firm that manages the account for the chamber took responsibility for the Tweet and deleted the message shortly after it was posted.

The Falmouth City Council has voted to impeach Mayor Elonda Hinson. Wartman says the council brought 13 charges against the mayor, including threatening council members and requiring police officers to sift through the trash of her opponents. He says the entire Falmouth police force turned over three times during Hinson’s tenure.

News from Metro Louisville
Testimony has concluded in a lawsuit that could determine the fate of Kentucky’s last remaining abortion clinic. EMW Women’s Surgical Center of Louisville and Planned Parenthood are challenging state regulations that require abortion providers to have contracts with local hospitals and ambulance services to care for an abortion patient who experiences a medical emergency. Green says a key issue in the case is what role Gov. Bevin, who is staunchly anti-abortion, has played in trying to shut down the clinic. A ruling in the case is not expected for several months.

The Kentucky Transportation Cabinet has launched an investigation into what’s behind a rash of accidents in Louisville’s Spaghetti Junction. As part of the recent Ohio River bridge construction, the junction of Interstates 64, 65, and 71 in downtown Louisville was overhauled to improve safety. But Green says there’s been a significant increase of crashes in the junction this summer. He says transportation officials aren’t sure if drivers simply aren’t familiar with the new configuration or if there are other factors at play.

Metro officials have received more than 800 public comments about what to do with public art pieces that could be perceived as honoring racism, slavery, or discrimination. Green says Louisville Mayor Greg Fischer ordered the review of statues and other pieces of public art after violence erupted in Charlottesville, Va. over plans to remove a statue of Confederate Gen. Robert E. Lee. 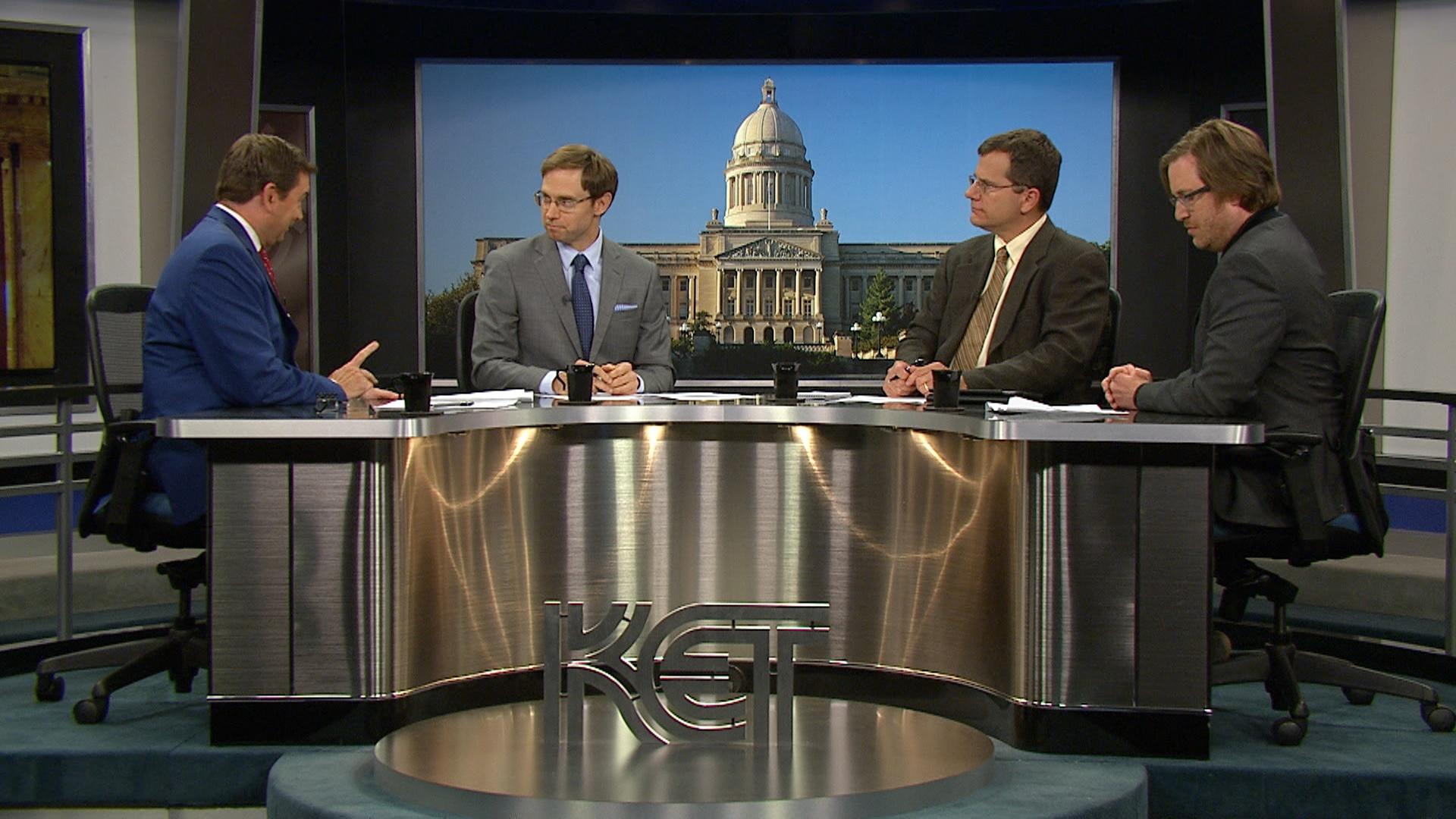