In the nation’s fight against the scourge of opioid addiction, making headway, when it does occur, often seems to happen all too slowly.

“We’ve made some progress here and there... but nationally, we’re not doing very well,” says 5th district Congressman Hal Rogers. “We need to redouble our efforts.”

Rogers spoke at the National Prescription Drug Abuse and Heroin Summit in Atlanta last month. KET’s Connections featured excerpts of interviews with several of the presenters at the conference as well as with Van Ingram, executive director of the Kentucky Office of Drug Control Policy. They discussed the current state of the drug epidemic and the prospects for new options to treat pain and addiction.

First, a very small bit of good news: Ingram says overdose deaths due to opioid and heroin abuse may be leveling off. He says 1,307 Kentuckians died from overdoses in 2015. Preliminary figures for 2016 show a slight decrease to 1,237, but Ingram cautions that number could still rise as outstanding OD investigations for that year are closed. Even with a decline, drug abuse continues to take a high toll.

“It’s still three Kentuckians every day that are falling to this,” Ingram says.

A new wrinkle to the drug problem, says Ingram, is heroin laced with or replaced by the synthetic opioid Fentanyl, which can be 100 times more potent than morphine, and Carfentanil, which is 10,000 times more powerful than heroin. He says rogue labs in China are producing Fentanyl to sell to Mexican drug cartels, which import the drug into the United States. There, it can be cut into heroin for a more potent high, or pressed into pill form.

“If that’s not dangerous enough, we’ve got reports from all over the country, and we’ve seen a little bit of it here in Kentucky, where Fentanyl is being disguised as a Percocet... or disguised as a Xanax,” says Ingram.

Earlier this year, the Kentucky General Assembly passed legislation that created new penalties for drug dealers who misrepresent a controlled substance. Ingram says House Bill 333 also makes trafficking any amount of heroin or Fentanyl a Class C felony, punishable by five to 10 years in prison. Dealers who move larger amounts of Carfentanil could face up to 20 years in jail. Those convicted of trafficking the drugs now must serve 50 percent of their sentence before they are eligible for a parole hearing.

The legislation also limits most patients to a three-day supply of prescription painkillers. Ingram says the provision excludes cancer patients, those in hospice care, and other people for whom a longer supply may be medically necessary.

Having fewer pain pills in circulation will reduce the chances that someone other than the patient uses the drugs for non-therapeutic purposes. For example, Ingram says two-thirds of young people who first use an opioid drug have stolen it from a friend or family member. He adds that the three-day limit is also designed to get doctors to think twice about prescribing narcotics as freely as they have since the development of OxyContin in the mid-1990s.

“We’re two-and-a-half decades into this, and our prescribers were told a lot of untruths and a lot of misinformation 25 years ago,” Ingram says. “So we’ve got to change prescribing behaviors and patient expectations over time.”

Alternatives for Pain and Addiction Treatment
“We knew that opioid medications had the potential of addiction... but we became a little bit complacent with the sense that we don’t have to worry about addiction in a patient who has pain,” says Dr. Nora Volkow, director of the National Institute on Drug Abuse. “That was wrong.”

Volkow says there’s a very small difference between the dosage needed to achieve pain relief in a patient and the amount of the very same drug that could cause an overdose in an addict. That’s one reason why it’s crucial to provide medical students and practicing doctors with more training about the risks of drug dependence and overdose, she says.

National Institutes of Health Director Dr. Francis Collins says people who have chronic pain need and deserve relief, but he says opioids aren’t the best solution. In addition to the risk of addiction, Collins says long-term use of opioid-based drugs can cause respiratory and gastro-intestinal problems.

Researchers are exploring ways to tweak the molecular structure of opioids so that the pain-relief function and the addictive properties can be isolated and separated. Collins says that could lead to non-addictive forms of opioid medications.

NIH is also exploring pain relief options that involve no medications at all, such as acupuncture and transcranial magnetic stimulation, a noninvasive therapy that uses magnets to stimulate parts of the brain that respond to the addictive effects of opioid drugs.

New research could also help those already suffering from an addiction. Current medication-assisted treatments focus on methadone, Buprenorphine, and Naltrexone (also known as Vivitrol), which help block the high-inducing effects of heroin and other opioids.

NIH is championing research on vaccines that would use the body’s own immune system to counteract the effects of heroin and Fentanyl. Collins says a person’s antibodies would attach themselves to the drug in the bloodstream and block the narcotic effects of the opioid. One such heroin vaccine is about to enter the first phase of clinical trials, according to Volkow.

“These are complicated problems that play into things as mixed as social circumstances and neurobiology,” says Collins. “All of that needs to be at the table... in order to try to come up with solutions.”

Congressman Rogers says Washington lawmakers are doing their part to address the drug problem with legislation to better regulate medications and through the Comprehensive Addiction and Recovery Act (CARA). It provides for greater access to drug treatment, intervention, and prevention programs. Rogers secured $500 million in initial funding for CARA, and he hopes to get another $500 million to continue implementation in fiscal year 2018.

“We are making some progress federally, but this problem is a local problem,” Rogers says. “It’s got to be addressed by people locally concerned about their next-door neighbor. The feds will try to help in some big way, but it’s still got to be that person-to-person contact at home.” 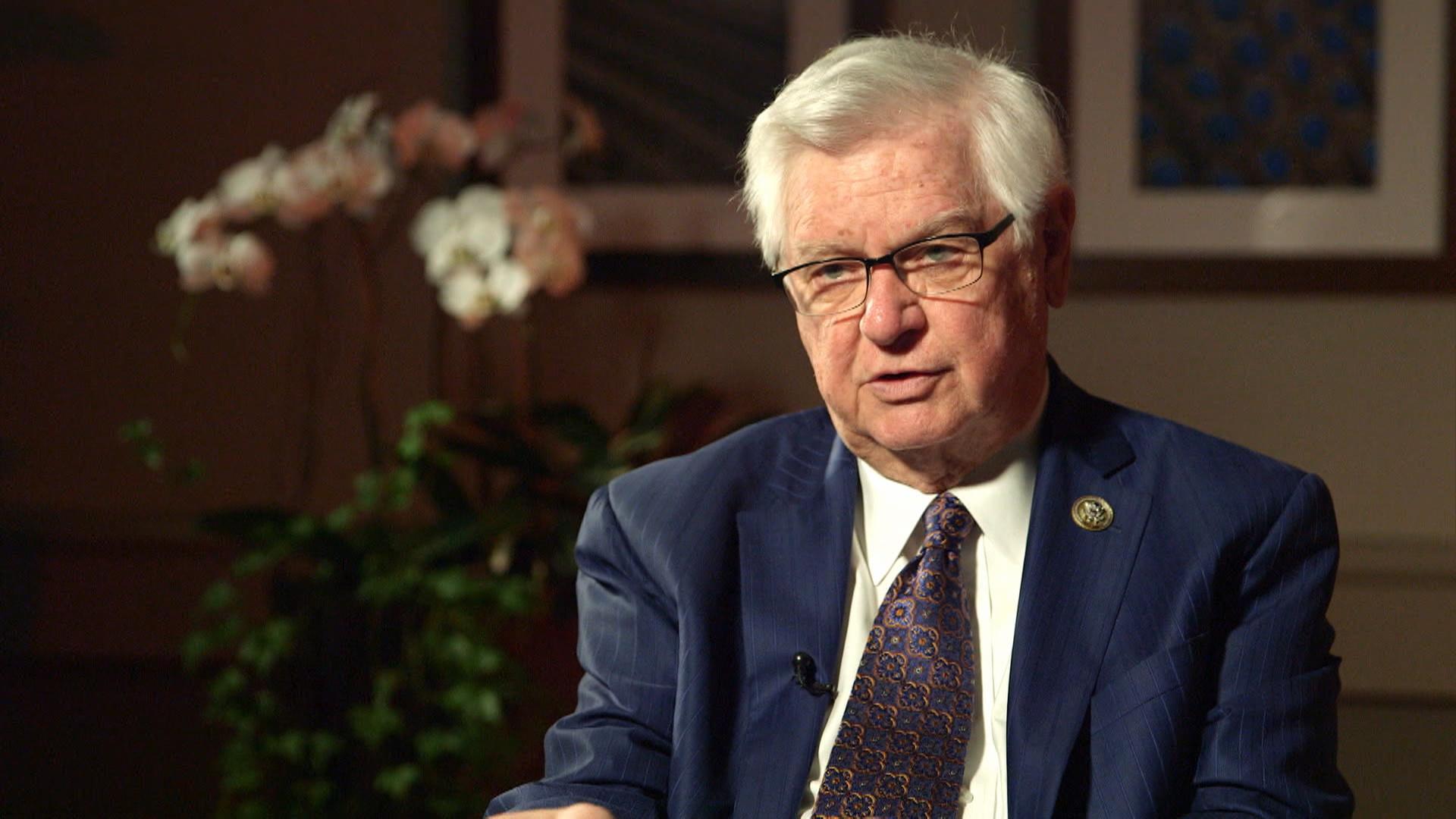