As they watched the demonstrations against police brutality unfold across America last summer, OJ Oleka and Terrance Sullivan felt compelled to respond in a way beyond joining street protests.

That led to a lengthy conversation about systemic racism and how they, two young Black professionals with backgrounds in public policy, could help foster the kinds of conversations that could bring positive change for people of color in the Commonwealth.

The result of that discussion is AntiRacism Kentucky, a bipartisan coalition that seeks to develop and pass legislation to eliminate institutional racism in the state.

Oleka and Sullivan met as students at the University of Louisville and became friends during their commutes to Frankfort, where they had policy internships at the Legislative Research Commission.

“We would drive up twice a week together, and that was when we would have some interesting political conversations,” says Sullivan, “talking about the political world and just where we sit on that spectrum.”

Sullivan went on to get a law degree from U of L and worked for the Louisville Metro Council and Kentucky Youth Advocates before being named executive director of the Kentucky Human Rights Commission last June.

Oleka got an MBA and PhD from Bellarmine University and worked as chief of staff for Kentucky Treasurer Allison Ball. He also served on the Kentucky Council on Postsecondary Education during the administration of Gov. Matt Bevin. He became president of the Association of Independent Kentucky Colleges and Universities in December 2019.

As the protests against the police-involved deaths of George Floyd and Breonna Taylor spread across the nation last year, Sullivan says he was reminded of two incidents from his past. As a freshman in college and again while in law school, Sullivan says he stopped by police officers who drew their weapons on him for no reason. Those memories provided Sullivan the motivation for forming AntiRacism Kentucky

“For me it was identifying all of these instances in my past and times that could have gone drastically south, and seeing how for some they did go south and the worst outcome did happen for them,” says Sullivan. “I want to be part of the way that we make sure the worst outcome doesn’t happen for more people.”

Oleka says his motive came from a very different event: The birth last May of his first child who is mixture of Black, white and Filipino heritage.

Another important factor for Oleka is his belief that conservatives must be part of antiracism conversations. He says the Republican Party was founded on the ideals of abolition and liberty. Given those roots, he contends any institution that works to keep people from achieving their fullest potential cannot be truly conservative.

“My commitment to this is to make sure that my party, specifically my ideological perspectives can be right there side by side with the other side in coming up with good, bipartisan solutions to find answers to these long-standing problems,” says Oleka.

Sullivan says an important step to addressing racism in America is to break down preconceived notions that people have about Democrats and Republicans, and about the roles those people can play in ending racism.

In the first few months, many different people have joined the coalition, says Oleka, from those in progressive organizations, to business leaders, to educators, to policymakers on both sides of the aisle. After soliciting ideas from the members, Sullivan says they started eight working groups to discuss specific topics. He says the members enjoy having a venue to discuss these issues with a group of Kentuckians that is ideologically, demographically, and geographically diverse.

“They’ve had thoughts about some of these issue but they never really had people around them in their area to talk to, “ says Sullivan, “or if there were, they didn’t feel safe or comfortable” talking to them about it.

A key guideline that Sullivan and Oleka have set for these groups is that everyone must be willing to be vulnerable enough to share their hopes, fears, dreams, and be respectful in considering the experiences of others.

“Creating a space for a mutual understanding is one of the starting points for any type of conversation like this,” says Sullivan.

That doesn’t mean conversations are easy. People may not have the life experiences that would enable them to truly understand the types of racism that others have endured during their lives.

“Unfortunately If people aren’t considered to be race conscious, people often consider them to be racist, which then breaks down a lot of the conversation,” says Oleka. “If somebody is not black or they don’t have black people in their lives, then they probably don’t understand a lot of the issues that black folks go through.”

Today’s fractured media landscape also means people don’t always bring the same sets of facts to discussions. When that kind of dispute occurs, Oleka says he asks people to bring information from a source they trust to a meeting where the group can analyze it together.

“What I’ve found is that when you approach it that way, folks who are initially skeptical will say, ‘Let’s give it a try,’” says Oleka. “I think even opening that door to the beginning [of a discussion] is better than having nothing, which is where we are in a lot of these conversations today.”

In a YouTube video released in December, the two founders shared several policy priorities that emerged from these discussions. Those ideas included requiring racial impact studies of bills that have a punitive intent, limiting the use of expulsion and suspensions for the youngest students, and requiring the Agricultural Development Board to include at least one Black farmer.

The coalition is also backing legislation before the 2021 General Assembly. Senate Bill 10, sponsored by Sen. David Givens (R-Greensburg), would create a state commission of legislators and community members with expertise in education, criminal justice, and law to discuss issues facing minority communities and then develop policy solutions to address those issues. Sullivan says this commission should meet for the long term, not just one year. He says if racism is institutionalized, then antiracism should be institutionalized as well.

While people may see another state commission as a less than compelling idea when Kentuckians of color face so many challenges, Oleka says that it is critical for community and political leaders to absorb the same set of information so they can make good decisions going forward. By taking a bipartisan approach to finding nonpartisan solutions, Oleka acknowledges that some people may perceive any forthcoming policy proposals as too radical and others may think they don’t go far enough. 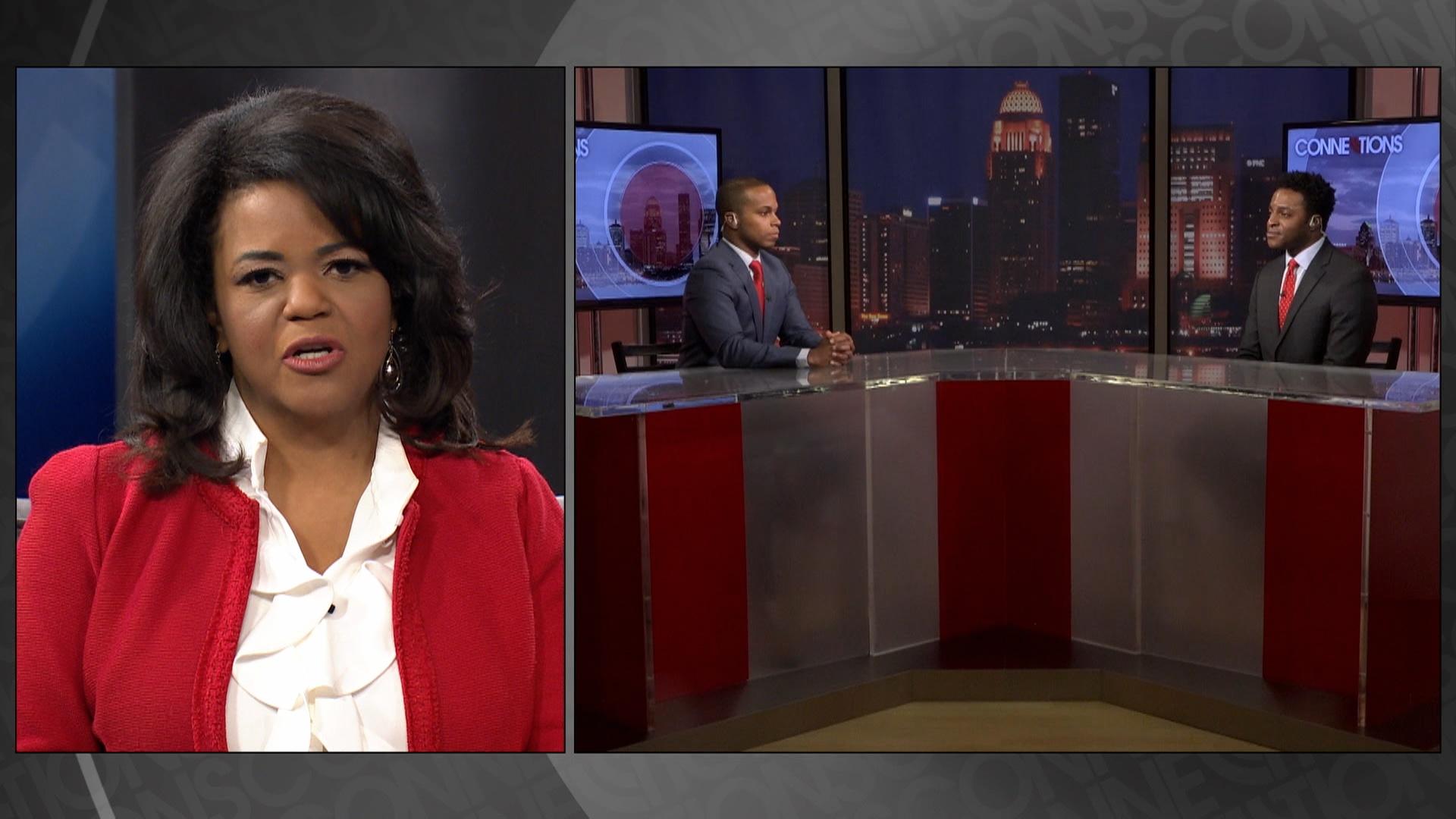