Back in the summer, during the height of the Black Lives Matter protests and heated debates about America’s legacy of racial injustice, Nashville writer and educator Caroline Randall Williams penned a searing essay for the New York Times entitled, “You Want a Confederate Monument? My Body Is a Confederate Monument.” If the title didn’t grab the reader’s attention, the opening paragraph certainly did:

“I have rape-colored skin. My light-brown-blackness is a living testament to the rules, the practices, the causes of the Old South.”

From there, Williams went on to explain how she is the daughter, granddaughter and great granddaughter of Black people. Beyond that, the story gets far more complicated.

“About seven of my eight great-great grandfathers were white men who took advantage of the black women who worked for them either in slavery or freedom,” she says. “I don’t know how to describe my light-colored skin except for to say it came by way of sexual assault. There’s no voluntary whiteness in my immediate genealogy.”

As she explained in her essay, Williams is biologically half-white. One of those Caucasian ancestors includes Edmund Pettus, the Confederate General and Ku Klux Klan grand dragon whose name still adorns an infamous bridge in Selma, Ala. She argues this heritage gives her the right to say what other white southerners resist saying: that Confederate statues must come down because they represent a dream version of the south that she contends never existed.

“Even if you make that argument that it was about land and home and not about slavery or racism, my ancestors were still all guys that raped their help,” says Williams. “I don’t stand for that any more than I stand for systemic oppression.”

The essay generated more than 1,200 comments on the New York Times website, including notes from elderly white residents of the deep south who praised Williams for helping change their minds.

“I can’t tell you what that means to me that they came to my words with a mind open enough to reconsider,” she says.

Benefitting and Hiding from Race

Williams works in multiple genres, from writing essays and a young adult novel to poetry and a cookbook. She is a graduate of Harvard and the University of Mississippi, where she got a Master of Fine Arts in poetry, and she is now a writer-in-residence at Vanderbilt University’s Department of Medicine, Health, and Society.

Powerful words are also in her DNA. She is the great-granddaughter of Harlem Renaissance poet Arna Bontemps, the granddaughter of civil rights lawyer and former Tennessee state Sen. Avon Williams, and the daughter of author and songwriter Alice Randall.

“My whole goal in writing is... to save the black body and make sure it is well and celebrated and that our story is told,” she says. “That works in poetry, in music, in essays, and in the kitchen.”

As a light-skinned Black woman, Williams says her racial identity has given her access and privilege that other African Americans do not enjoy. But that’s also created an internal conflict.

“I have benefitted from colorism in my life,” she says, “I’ve also hidden from my blackness in my life in different chapters.”

Williams says she wouldn’t have made it into some of the public spaces she has if she hadn’t conformed in some way. She says she must effectively, and sometimes subversively, use the privilege she has gained to help others advance.

Because of how she has both used and obscured her identity, Williams says she feels like she must both ask forgiveness and seek understanding as she and all Americans continue to reconcile thorny issues of race.

At the same time, Williams says she’s excited to see how her young, Black female students navigate the world without thinking they have to deny their racial heritage and identity to get ahead.

“It’s amazing to me to watch people find their ways into spaces of power and insight and academic institutions and professional advancement without making these… nods to a certain set of norms that maybe we’re raised to look at and think this is how you make it,” says Williams. “I’m very happy to see that evolution.”

Feeding the Body, Nourishing the Spirit

Another narrative that Williams is working to change is the perception that soul food is unhealthy. She co-authored a book on the subject with her mother entitled “Soul Food Love: Healthy Recipes Inspired by 100 Years of Cooking in a Black Family.” She’s also curator of an all-African American cookbook store that’s located in a Nashville restaurant she co-owns, the beautifully restored Woolworth of 5th, which was the site of some of the first lunch counter sit-ins of the Civil Rights Movement.

“We were early days clean foodways people,” she says. “We forget that our great grandmothers used to eat a baked sweet potato for lunch. We forget that like my great grandfather loved a [roasted] red snapper and just some stewed greens with garlic and onions.”

Williams says African Americans shouldn’t feel like they have to move to some other foods to eat well. Instead, she encourages Black people to reclaim their culinary heritage, and realize they don’t have confuse high-fat dishes like fried chicken and pound cake that were meant for special celebrations with the foods one should eat every day.

“Eating in a way that is nourishing and sustaining, that is part of soul food because it’s taking care of the people you love in body and not just in spirit,” she says.

Even though she admits she is rarely optimistic, Williams does say the some of events of this year have left her hopeful. She says it’s good that the nation started to re-examine at its long-standing issues of race and class.

“2020 is the year that America finally acknowledged that the emperor has no clothes,” says Williams. “I am feeling empowered personally and I am feeling inspired broadly by some of the right-minded change that has happened, some of the doors that people have finally gotten a foot through.”

But there’s also fear, she says, fear that as Americans emerge into the post-pandemic, post-President Donald Trump world, they will revert back to ignoring these systemic issues and not further the push for change. 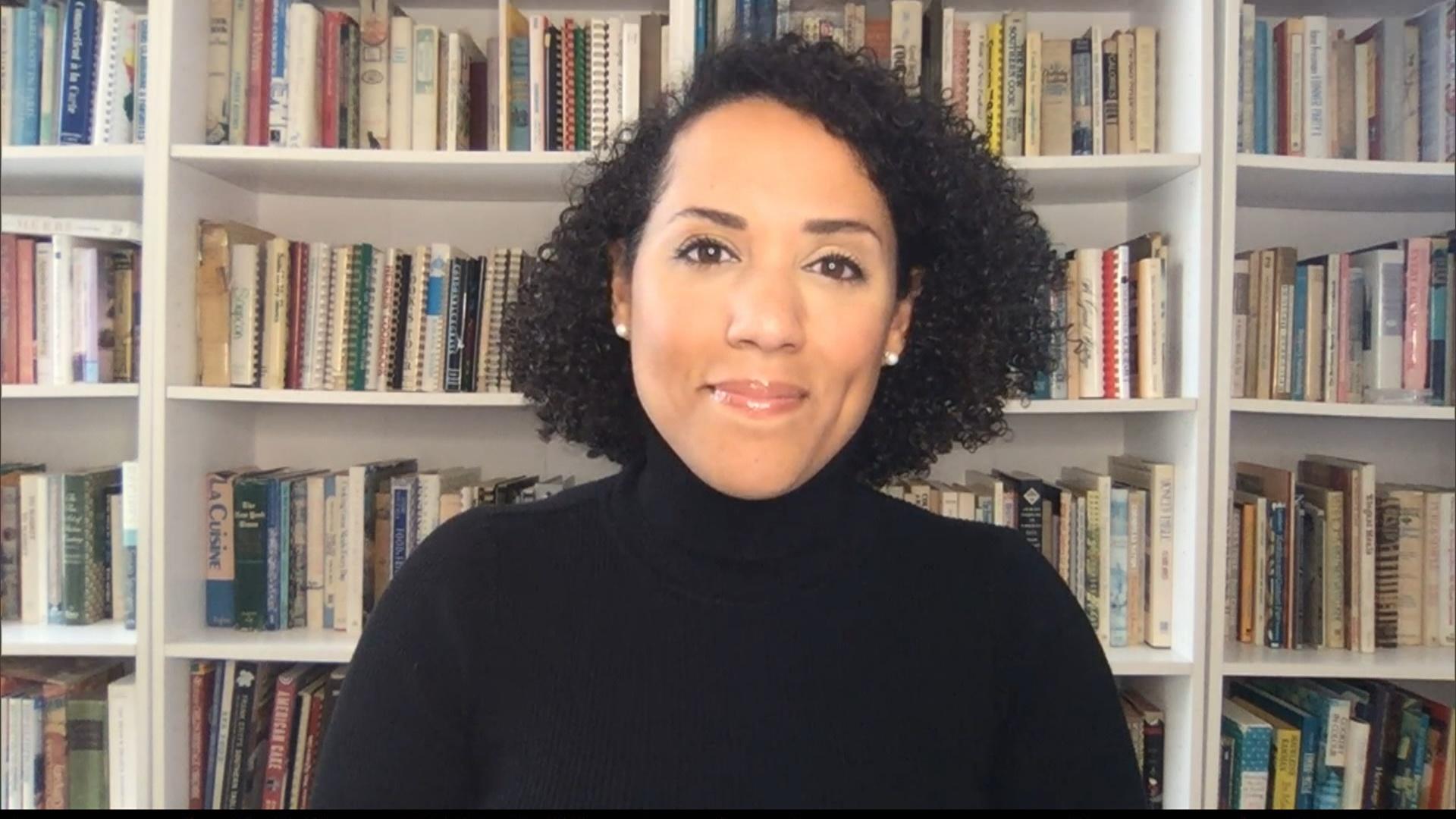