Reforming the Bail System and Other Criminal Justice Issues

Lawmakers in Kentucky and elsewhere around the nation are exploring a range of reforms that can decrease prison populations and correctional costs, reduce recidivism, and ensure public safety. Many of those efforts focus on what happens to an offender after they’ve been convicted.

“More people will serve time in pretrial detention in America than will ever serve time upon sentencing,” Burdeen says. “This is really where mass incarceration lives.”

Burdeen is CEO of the Pretrial Justice Institute, a Maryland-based non-profit organization that promotes evidence-informed policies that can eliminate race, gender, and social class disparities during the pretrial phase of criminal justice proceedings. She appeared on KET’s Connections to discuss how changes to America’s money bail system could dramatically reduce prison populations.

Some 30,000 people are arrested every day in America, according to Burdeen. She says only a fraction of those people face serious felony charges like rape, murder, or arson. About three-quarters of them are held on misdemeanor charges for low-level, nonviolent offenses such as property or drug crimes.

“Yet we process everyone almost exactly the same way from the shoplifter to the murderer,” she says.

When a person is arrested and booked into jail, the court will set bail conditions based on the crime allegedly committed. Burdeen says bail is a contract between the defendant and the courts that says he or she will abide by certain conditions before his or her trial. Money bond is just one kind of bail. In some cases the defendant must pay the full bond or some percentage of it to be released. In other cases, the defendant promises to pay the bail bond amount should they fail to return to court. In either situation, the Eighth Amendment to the U.S. Constitution precludes excessive bail amounts.

“What our forefathers actually meant by that was that the state has no right to impose upon you conditions that exceed what would be most likely to get you back into court,” Burdeen says.

The Problems with Money Bail
Advocates of money bail say it helps guarantee that a defendant will appear for their court date. But critics contend the system creates problems on both sides of the financial spectrum. Individuals who have the funds to make bail may be released even if they are charged with a serious or violent crime, whereas low-level offenders who are too poor to pay their bail may sit in jail for days, weeks, or months awaiting trail.

Those individuals have not been convicted of any crime, yet they are removed from their families, their communities, and their jobs. Burdeen says missing work for even a few days can have far-reaching consequences for most people.

“Loss of employment equals loss of income, and loss of income is destabilizing to homes and families,” she says. “I’ve heard way too many stories of people who have lost their ability to pay rent and been evicted from their homes while their loved one was incarcerated in a pretrial status.”

Burdeen questions why a person who is safe enough to be released after seeing a judge isn’t safe enough to release while they await their court date. She says that amounts to extracting punishment prior to a conviction.

Meanwhile, taxpayers are stuck with the bill to house individuals who ultimately receive probation or a not guilty verdict simply because they couldn’t afford bail. Burdeen says the current bail and incarceration system costs about $14 billion a year. She argues that this money that could be better used to fund health care, education, and job training for everyone, rather than to maintain a bail system that disproportionately incarcerates poor and minority individuals.

“This isn’t about eliminating bail,” Burdeen says. “What we’re working on is replacing financial conditions of release simply because they don’t work with conditions that we know can support people in the community and have it be more likely that they will come to court.”

Alternatives to Money Bail
Even a few days in jail can be traumatic for people beyond the potential of job loss.

“If you’re a high-risk individual [with] a history of violence, you’re unlikely to have been impacted by a few days or a few weeks in jail,” Burdeen says. “But if you come in as a low-risk individual, this is a setting which attaches itself to your psyche, and you will come out higher risk.”

Burdeen says imprisonment shouldn’t be used as a catch-all for anyone who misbehaves. Instead, she says jail should be reserved for people who truly deserve incarceration, while those with problems like an addiction should get diverted into programs specially designed for them.

“When we do come in contact with folks who have behavioral health needs, or are under-educated or under-employed, we have an opportunity to redirect them into other social service networks within our commonwealth that will produce better outcomes,” she says.

The Pretrial Justice Institute suggests a range of options for reducing pretrial prison stays, some of which Burdeen says have proven successful in the District of Columbia as well as in New Jersey and other states. These include:

– Move away from money bail. Burdeen says a judge in one court case found no credible evidence that a money bond works as incentive to get people to return for their court appearance. In fact, she says some research indicates people who promise to pay bail if they don’t return are just as likely to appear as those people who have to post bond to be released.

– Rewrite statutes to allow police to issue citations for certain low-level offenses instead of requiring that they take an offender into custody.

– Employ more data-driven pretrial assessments to help judges better determine the true flight or public safety risk of an offender and whether he or she may need drug or mental health treatment or other social services.

– Make procedural changes that will enable courts to process cases faster and ensure that detention is not used as a way to extract a plea bargain from a defendant.

Burdeen says making these kinds of reforms helped the state of New Jersey keep 125,000 people out of its criminal justice system last year. She says that enables law enforcement and the courts to focus their resources on protecting the public from truly dangerous criminals and on solving crimes.

“We can get detention in this country down to under 10 percent of those arrested,” Burdeen says. “That’s what we’re seeing in D.C. and New Jersey, and I’d love to see that here in Kentucky.” 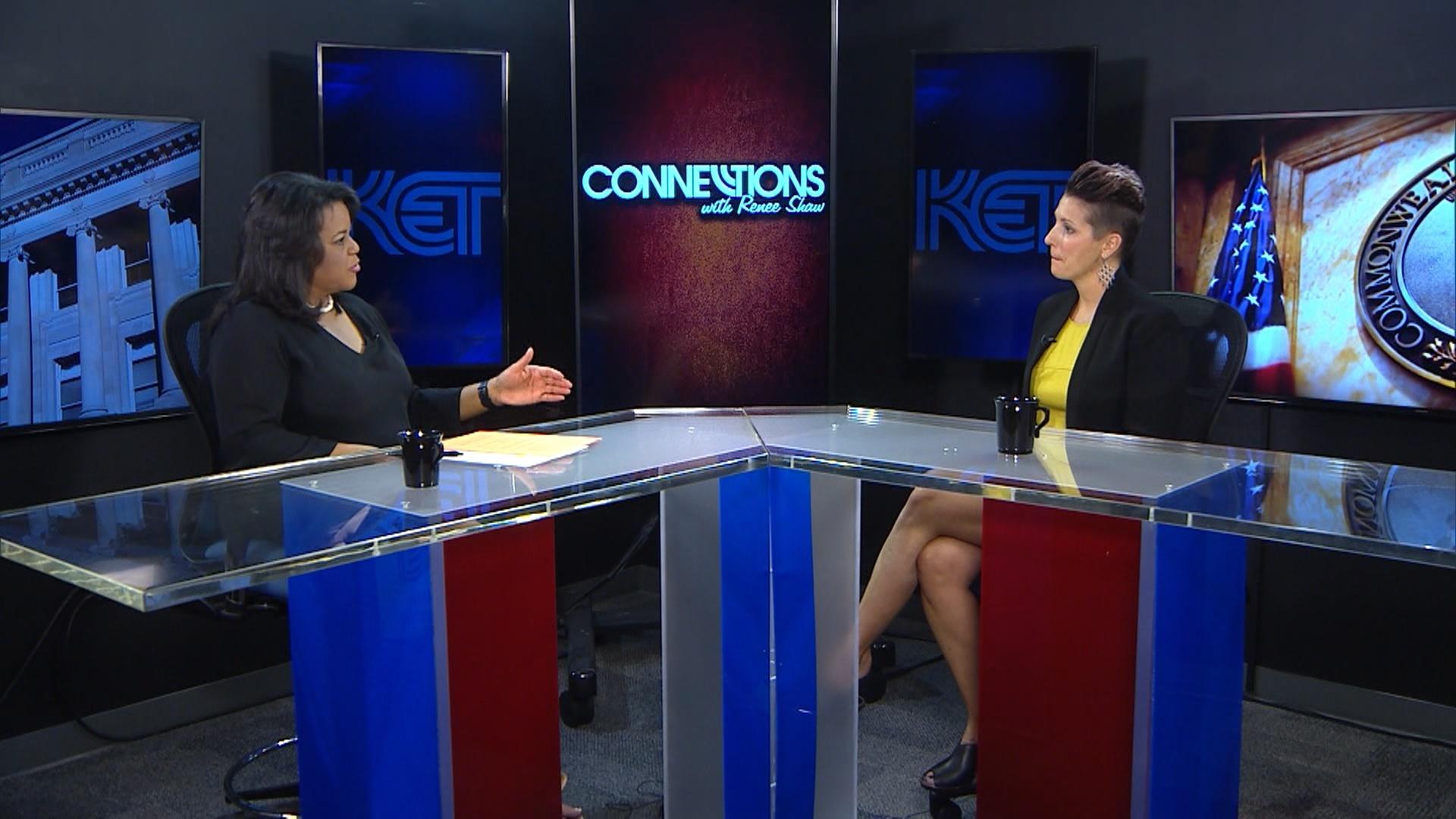