Renee speaks with retired Lt. Col. Keith Jackson, commissioner of the Kentucky Department of Veterans Affairs about how the impact of COVID-19 on VA facilities, the posthumous promotion of African American soldier Col. Charles Young to Brigadier General, and other topics.
S16 E17 Length 28:02 Premiere: 1.31.21

Retired Lt. Col. Keith Jackson is used to big responsibilities. In addition to a 27-year career in the United States Army Reserves, he also served as chief of the Lexington Division of Fire and Emergency Services, managing a $56 million budget and more than 500 firefighters.

In December 2019, Jackson took on a new challenge when Gov. Andy Beshear appointed him commissioner of the Kentucky Department of Veterans Affairs, the state agency that ensures retired service members get all the benefits and support services they’ve earned.

“It’s far bigger than I thought it was when I took the position,” says Jackson. “I didn’t know that we had four nursing-care centers, and five cemeteries, and the 300,000 veterans that we represent.”

Jackson served in Iraq and his father served in Vietnam, so the commissioner says he understands the challenges and sacrifices facing those stationed overseas. He also knows the toll post-traumatic stress syndrome can take on service members.

“Helping veterans get through those situations is at the top of my priority list,” says the commissioner.

Between 11 and 15 percent of veterans who served in the War On Terror, the first Gulf War, and the Vietnam War have PTSD, according to the U.S. Department of Veterans Affairs. Jackson says vets of his father’s generation are reluctant to talk about their traumatic experiences, thinking it’s not macho to reveal their feelings. But the commissioner says that from a mental health standpoint, it is important for veterans to be able to discuss what they endured.

“My first day in combat I dealt with a young soldier getting killed,” says Jackson. “When you think about things like that and some of the things that these young men and women deal with, you have to be supportive.”

PTSD also contributes to the high rates of suicide among former service members. About 17 veterans a day commit suicide, according to 2018 data from the VA. Kentucky is among 27 states participating in the Governor’s Challenge to develop and implement suicide prevention practices among vets. Jackson credits Beshear for making Kentucky a part of that national program.

Like other government officials, Jackson has had to navigate the unexpected challenges brought on by COVID-19. The commissioner says his agency quickly implemented measures to prevent the spread of the virus in long-term care facilities for veterans. Those actions were successful during the initial months of the pandemic, but in the late summer COVID infiltrated the Thomson-Hood Veterans Center in Wilmore. Since then more than 30 vets there have died from the virus. There have been additional deaths at veterans nursing homes in Hazard and near Madisonville. Jackson says that losses have been “heartbreaking.”

“But from it, operationally and administratively we grew,” says the commissioner. “I have to give kudos to the staff across the board on following the procedures and ensuring that the families and the veterans themselves were taken care of.”

A Legacy of Service and Giving

Service to country and community is in Jackson’s family history. His great-great grandfather joined the United States Colored Troops during the Civil War. Jackson’s father was still a teenager when he went into the Army during the Vietnam War. The commissioner entered the Army Reserves in 1987 following his graduation from the University of Kentucky. During his military career he rose from platoon leader up to battalion command, and did a tour in Iraq in 2006. In 2008 Jackson was promoted to lieutenant colonel.

At the same time, Jackson was rising through the ranks of the Lexington fire department, where he became the first Black man to be named chief of the Division of Fire and Emergency Services in 2012.

In addition to his reserve duty and time as a fireman, Jackson also worked as a paramedic and as a referee at high school and college football games. Jackson says he’s always been attracted to professions that are giving in nature. Whatever job he did and whatever obstacles he might have encountered because of his race, Jackson says he wanted to treat everyone the same.

“Do I ever go into situations with rose-colored glasses?” says the commissioner. “No, I go into it understanding that we have an uphill battle.”

When he started in the military, Jackson chose the Army Reserves over the National Guard because he says the reserves had a better reputation and provided better opportunities for advancement for minorities. Although racism still exists, he says the situation has improved for men and women of color who serve in the military.

During his tenure, Jackson says he focused on achieving the next highest rank based on his job performance not on the color of his skin.

“If you give me a fair chance and you give me the opportunity, then that’s all I need,” he says. “I think that is the direction of America in the future.”

Honoring Another Black Soldier from Kentucky

The commissioner is spearheading an effort to bring more attention to another Black soldier with Kentucky roots. Charles Young was born in Mason County to a slave who would later escape and enlist with a segregated unit of the Union Army in the Civil War. The family relocated to Ohio, where Charles excelled in school and later gained admission to West Point. He was only the ninth Black man to attend the famed military academy, and he would become only the third Black cadet to graduate despite enduring terrible racial indignities from faculty and classmates.

Young served as a cavalry officer in the American west, and had duty in the Philippines and in Mexico. He was also posted to teach at Wilberforce University in Ohio. Later in life, Young, who spoke multiple languages, would become the first Black national park superintendent, and he served as a diplomat to the Dominican Republic and Liberia. Young died in 1922 and is buried in Arlington National Cemetery.

“He was more than just a soldier,” says Jackson, “and what I’m hoping to do as we pay him homage to him is to tell his story.”

The commissioner is organizing virtual tribute event to Young on Feb. 11, which he hopes will evolve into an annual commemoration of the soldier and his historic role in the military. 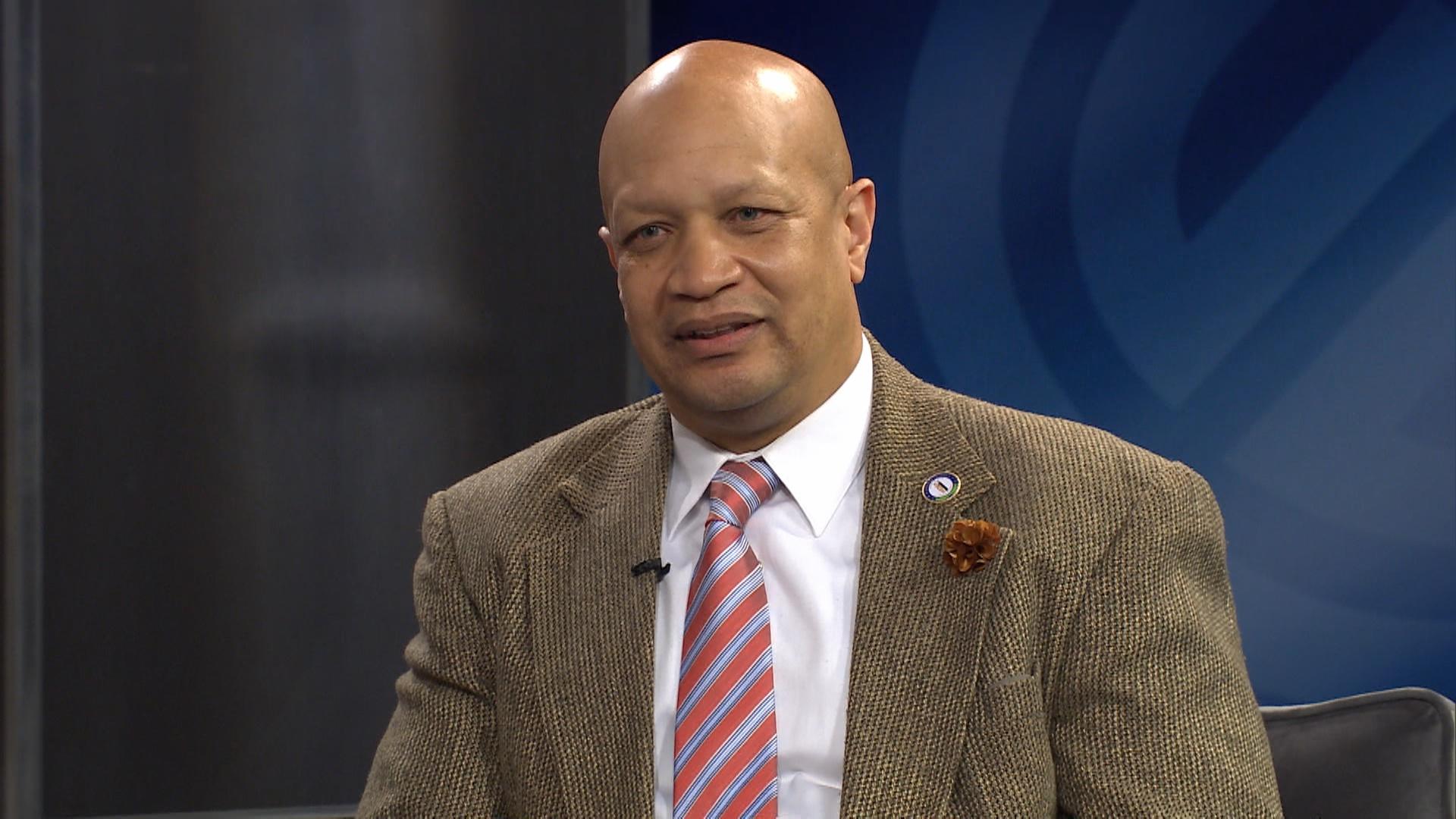