Dr. Neeli Bendapudi, president of the University of Louisville, discusses student engagement; rebuilding confidence and trust in the institution; and UofL being a place to learn, work, and invest.
Season 14 Episode 1 Length 28:47 Premiere: 9/14/18

When Dr. Neeli Bendapudi became the 18th president of the University of Louisville earlier this year, she took over a school that was reeling from scandal and turmoil. Its former president, athletic director, and men’s basketball coach had been forced out amid various allegations of misconduct. Additionally, the school’s fundraising arm, the University of Louisville Foundation, faces an Internal Revenue Service audit after investigations last year revealed significant financial mismanagement.

Instead of being daunted by the problems she would inherit, Bendapudi says she saw a university with strong fundamentals, including a dedicated faculty and staff, a beautiful campus, and a wider community devoted to its success. After considering her options, the former University of Kansas provost decided Louisville was the school she wanted to serve as president for the first time in her academic career.

“Turnarounds are something that are challenging, but also so, so, so rewarding,” she says.

Bendapudi appeared on KET’s Connections to discuss her goals for U of L and her views on higher education.

A Focus on the Student Experience
Chances are, a freshman on U of L’s campus today has President Bendapudi’s cellphone number. Since her days at Kansas, she has made it a practice to give her personal number to incoming freshmen so they can call her at any time.  Only a few weeks into the academic year at Louisville, Bendapudi estimates she’s already given her contact information to some 1,200 freshman.

She also encourages those students to share her number with upperclassmen. Bendapudi says that it’s her way of being open and accessible to students. It also sends an important message to their parents.

“Higher education has to be about the deep, personal connection,” she says. “When parents [and] families send their students here, I want to look them in the eye and say I will be here for your student.”

“What I really worry about is students who start but don’t finish,” Bendapudi says, “because now they are graduating with debt and nothing to show for it.”

But her goal for students isn’t just graduation. She wants to help them find work as they leave the university. During her tenure at Kansas, Bendapudi says the school doubled job placements for students upon graduation. She believes it’s important to prepare students to make a good life for themselves and their families, and to position them to help improve the communities in which they live.

“We are not doing the right thing if we don’t prepare them for life beyond college,” she says

Attracting Quality Students and Faculty
Part of that preparation includes getting students to become familiar and comfortable with diverse communities and workplaces. She says she wants U of L to be a place of inclusivity for whatever gender, racial, sexual, ethnic, political, or religious identity a student may hold.

“They need to be prepared to meet with people that they will not agree with, and that’s important,” Bendapudi says. “We want to prepare students for ideas; we don’t just protect them from ideas.”

Even with the emphasis school and employers have placed on STEM fields in recent years, Bendapudi says other areas of study are also important. She says liberal arts help students become citizens who contribute to a free society.

“I am more focused on critical thinking, communication, working in a diverse environment,” she says. “These are actually both the right thing to do and good for the student.”

In an age of increasing tuition costs, Bendapudi also wants to make sure the college remains accessible to students from all backgrounds. She recently announced a $2.5 million gift from former Humana executive Carl Pollard that funds scholarships for first-generation Kentucky college students to attend U of L.

“When I think about higher education, and public higher education in particular, the area where we can make the most difference is first-generation as well as low-income college students,” she says.

To get the best students, Bendapudi says the school needs an attractive campus and high quality faculty. She says the U of L’s location and infrastructure are “spectacular,” which she believes helps attract both students and faculty. Despite the tribulations of the past few years, including the ouster of former president James Ramsey, Bendipudi says the faculty has remained dedicated to the school, their work, and their students.

“They really are pushing the boundaries of knowledge with their research, but they’re equally committed to transmitting that knowledge and preparing to the next generation,” she says.

Swift Action on Papa John’s Controversy
Bendapudi acknowledges there are issues of trust and transparency that she must address with students, faculty, staff, alumni, board members, and civic leaders. That includes being open about how decisions get made. Bendapudi drew praise for how she handled a recent controversy involving former U of L trustee and major benefactor John Schnatter. Earlier this summer, Forbes magazine reported that the Papa John’s pizza chain founder had used a racial slur in a conference call.

Although Bendapudi had been on the job at U of L for less than two months, she swiftly acted to remove the Papa John’s name from the school’s football stadium. Schnatter’s name was also removed from a center for free enterprise at U of L’s business school. Bendapudi says those decisions were not easy, and she admits not everyone agreed with them.

“I have tried to be most respectful and to respond to every single person and say, ‘I’m the leader.’ I was hired for my decision making and judgment above all, and I’ve truly thought about what is the best interest of the university,” she says. “We want to be a place where everybody feels incredibly welcome and celebrated. To create that environment, this was in our best interest.”

Bendapudi says she’s grateful that business and civic leaders have rallied around the university to ensure its future success. As a former marketing executive and business consultant, Bendapudi says the people who sit in boardrooms need to understand and care about what happens in U of L classrooms because the students of today will be board members of tomorrow. She says all of Louisville will benefit as U of L becomes the place to learn, work, and invest.

“You cannot have a great city anymore without a great research university,” Bendapudi says. “The business people understand that.” 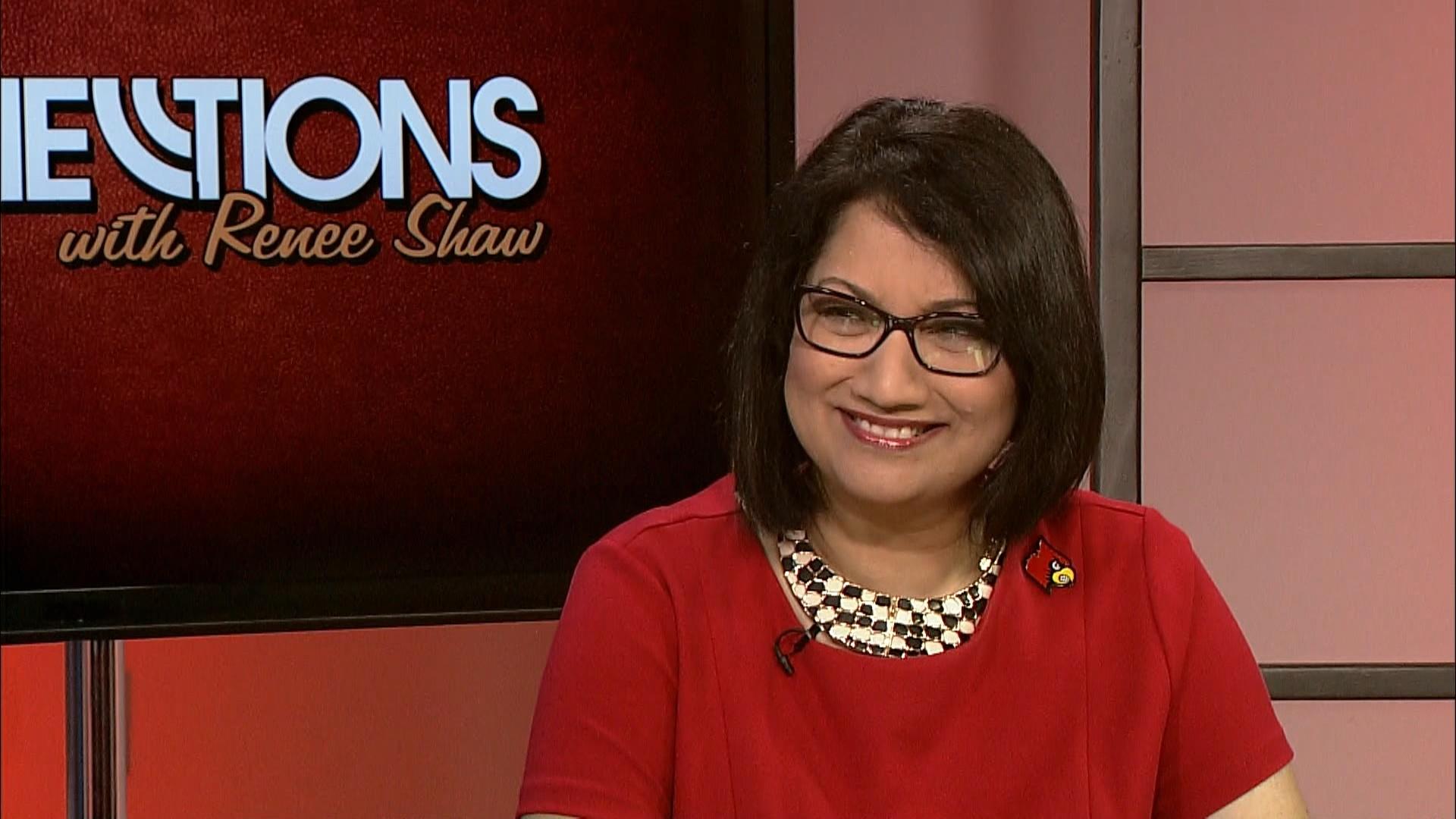