Immigration has changed the face of the United States, not just in major metropolitan areas, but in smaller communities as well.

“My position exists to connect our foreign-born population, regardless of where they come, what they’re doing here in the city, with city government services,” she says.

In addition to translating important information into various languages, Becker, who is a native of Venezuela, also helps city employees work effectively across cultures. Her office promotes civic engagement, leadership training, and support for immigrants who want to start their own businesses.

“Most of the information that’s available on community resources or government services is typically in English,” says Becker. “So when there is a language barrier for the population, in particular in this case a Hispanic population, I can serve as an interpreter to bridge that language barrier and facilitate communication between that agency or a city department in the target language of the individual seeking help.”

Becker’s work has taken on extra importance during the COVID-19 pandemic. She says her office quickly launched into action to convey critical public health information and updates on Gov. Andy Beshear’s emergency orders in all the key languages spoken in Warren County.

“Very early on, during late April and early May, the primary hotspots within Warren County were affecting our refugee and immigrant populations,” says Becker. “Many of the reasons for that impact have been because individuals in that community, in our Hispanic community, have been essential workers. They haven’t been able to afford to leave their jobs, or haven’t been able to have the commodity of working remotely.”

Facebook videos and social media posts created by Becker’s office, as well as a weekly Spanish-language program on local radio, have become key sources of guidance about the coronavirus. Becker also coordinated with Warren County Emergency Management on a plan to make testing easily accessible in immigrant neighborhoods and they partnered with local faith-based groups to distribute 50,000 disposable face masks to immigrants. They also helped the local health department with contact tracing.

But having a recognizable, friendly face from the immigrant liaison office has made contact tracing efforts easier, says Becker.

Fear over immigration status and strict federal policies on undocumented immigrants can also hinder a young person new to this country when they consider whether to pursue higher education.

Fabian Alvarez, a teacher of literature and freshman composition at Western Kentucky University, works with two local organizations that strive to make college degrees attainable for local immigrant youth. The Hispanic Organization for the Promotion of Education, known as HOPE, helps students apply to WKU and Southcentral Kentucky Community and Technical College, and provides scholarships to make school tuitions affordable. Becker says Hispanic youth are too often told they can’t go to college.

“Part of what we do is dispel that [myth] for the students,” says Alvarez.

Many Latinx individuals must work to put themselves through school, and Becker estimates that about 80 percent of the immigrant students he knows have full-time jobs. He says many of them need the money to pay for school, while others who have immigration status under the federal Deferred Action for Childhood Arrivals program (known as DACA) aren’t eligible for financial aid.

“They don’t realize what moneys they do qualify for, they don’t realize the scholarships that are available to them,” says Alvarez. “In some cases, students are DACA, and so there’s no funding for them and they have to pay out of pocket.”

Becker is also a faculty advisor for HOLAS, the Hilltoppers Organization for Latin American Students, which celebrates Latinx culture and provides social supports for students whether they are Latin American or not. Alvarez says it’s a great way for WKU students from all countries and ethnicities to share language, customs, and values.

“I can’t take credit for it – the students, they do a lot of the work,” says Alvarez. “I help guide them and they lead the way.”

While the current political climate may leave some foreign-born students afraid to speak out, Alvarez says the Black and brown youth he works with are politically engaged. Like their white counterparts, he says they are focused on things that will help them be successful in life.

“Students care about good wages and they care about having a job, rising costs of tuition, things that any other American might worry about,” he says.

Since its founding in 2011, HOLAS has sponsored a Hispanic Heritage Month celebration at WKU. That tradition continues this year, although some events will be virtual due to the pandemic. Alvarez says they try to focus on one particular culture each year; this year it’s Blacks in Latin America.

Latin creativity is on full display in a new mural at Lexington’s Woodhill Community Center. “A Garden for a Garden” features a blue hummingbird visiting a vibrant flower garden and the words “For we are all God’s masterpiece.”

Artist and educator Mercedes Harn painted the mural with the help of several of her art students from Breckinridge Elementary School in Lexington. A native of Peru, Harn came to the United States 15 years ago. Although she got her degree in television production, she says she soon learned that her true calling was to be an artist and to work with children. 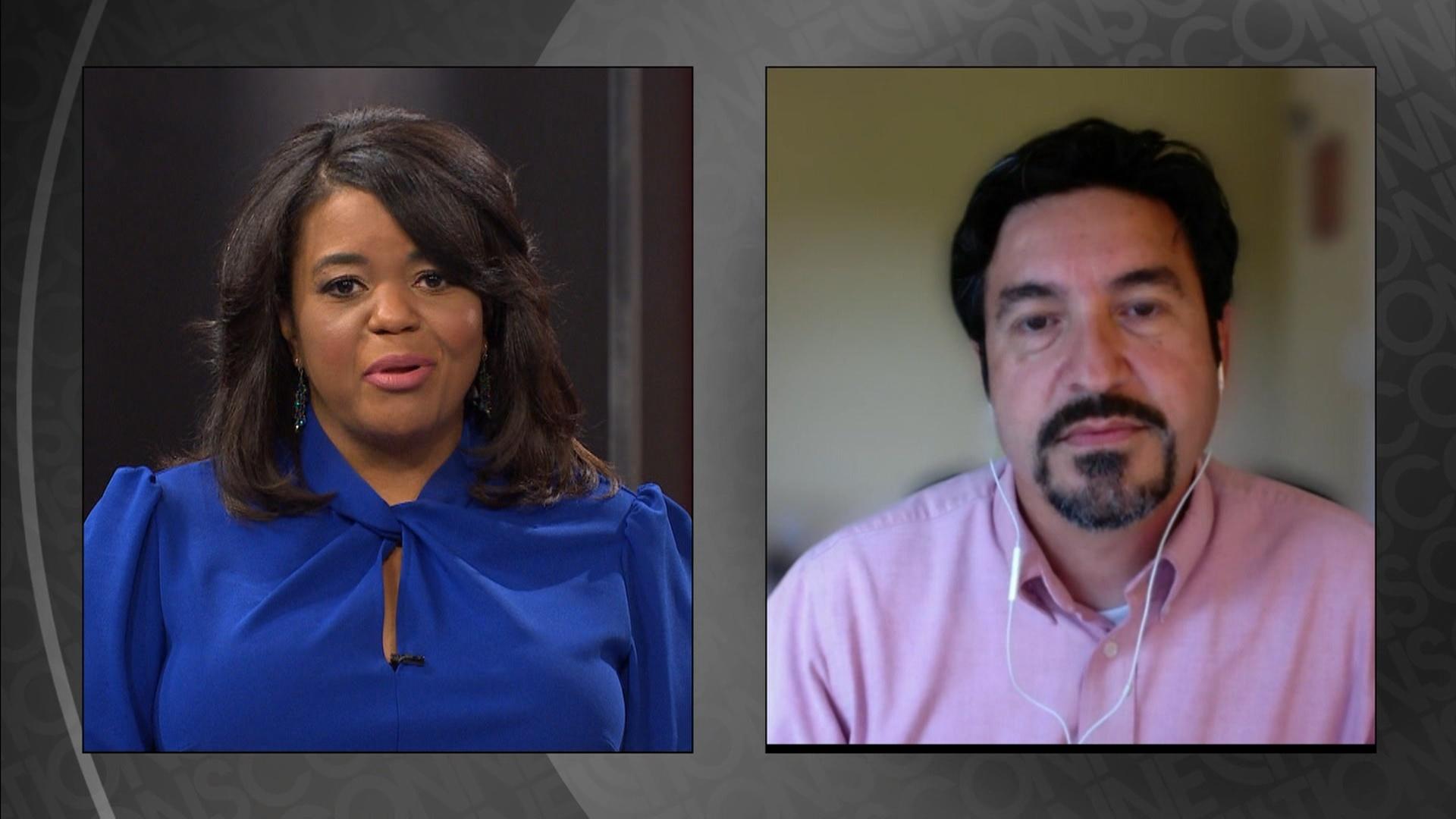