Renee's guest is 18-year-old Katie Okumu of Berea who was raised in her early to late teens by her great-grandmother. She is one of the nearly 70,000 Kentucky kids raised by grandparents or other extended family members, called "kinship care." Okumu served on the First Lady's Youth Leadership Council that works on issues affecting Kentucky children. She is currently attending Harvard University.
Season 12 Episode 46 Length 26:27 Premiere: 08/25/17

Katie Okumu is one of the 70,000 Kentucky children being raised by family members other than parents. In her case, Okumu’s grandmother and great-grandmother stepped up to care for her and her brother after the death of their mother more than a decade ago.

Now the 18 year old is set to face a new life challenge that she says is both exciting and heartbreaking: She will leave the familiarity of family and her Berea home to relocate to Boston, where she will enter Harvard University this fall.

Before she left for school, Okumu appeared on KET’s Connections to share the story of her life and discuss her efforts to lobby for more state support of kinship caregivers around the commonwealth.

Katie Okumu has no memories of her father or mother.

Her parents were married, but her father moved back to his native Kenya before she was born.

Her mother had mental health problems and committed suicide when Okumu was about a year old.

That’s when her grandmother stepped in to raise Okumu and her older brother. Okumu says her grandmother was a kind and giving woman who did her best to give them a normal childhood despite her age and her struggles to pay the bills and put food on the table. She even told young Katie stories about her mother, and complimented her for being as passionate a speaker as her mother had been.

“But there are a lot of little things that can’t be filled in by stories and memories, so I always felt the loss of her presence in my life,” Okumu says of her mother.

Then in 2012, her grandmother died of breast cancer. Okumu says it was like she’d lost a second mother. That’s when Ruby Ferrell, Okumu’s nonagenarian great-grandmother, took over raising the children.

“As long as I’m alive, I’ll try to keep a place for them to come back to,” Ferrell says in a 2014 short video that photojournalist Rachel Psutka produced about the family.

“I don’t think I would have been as successful as I am now if it hadn’t been for her influence and her constant dedication to raising my brother and I,” Okumu says. “I think that I’ve grown into my own confidence a little bit about where I’m going and what I can achieve, and I think that’s because of her and because of her continued support.”

A Passionate Advocate for Kinship Caregivers
Okumu excelled at school and as a singer. She attended to the Kentucky Governor’s School for the Arts to study musical theater. And she’s been civically active, participating in the Promise Appalachia Leadership in Service group and serving on First Lady Glenna Bevin’s Youth Leadership Council that works on issues affecting Kentucky children.

Okumu says she was five-years-old when she wished she had had someone who understood what she was going through and could advocate for her. That’s why she’s worked to help other children in kinship care situations.

“It’s about the 70,000 other young people in Kentucky who are living in the same circumstances I have, [but] who might not have had the opportunities that I have been given by hard work but also by chance, by people walking into my life at the right time,” she says.

The state once provided small stipends to kinship caregivers like Okumu’s grandmother and great-grandmother. Those caregivers tend to be older and have limited incomes, which can make it difficult to take on the expense of raising young children.

But the state ended those support payments several years ago during the budget crisis. Okumu and other kinship care advocates want lawmakers to restore those stipends.

“Kinship care families aren’t just asking for a hand out,” Okumu says. “Kinship care parents are the hardest working people in the commonwealth in some cases and they deserve not only financial support but emotional support and prayer.”

Embracing a Positive Outlook on Life
Okumu’s lobbying efforts will have to take a temporary back seat to her college education. She received a full scholarship to Harvard where she hopes to study government or sociology. She says the thought of moving to Boston is daunting, but she says the people she met when she visited Harvard’s campus helped put her at ease.

“I was really surprised and captivated by the kindness that I felt from fellow incoming students,” Okumu says. “So many passionate young people who are wanting to make real change in the world… I’m very excited to be surrounded by that.”

Then there’s the prospect of leaving her great-grandmother, who Okumu describes as her best friend. In recent years, Okumu has taken on more caregiving tasks like driving, cooking, and shopping for Ferrell who is now 96 years old. Okumu says she’ll call her great-grandmother every day to talk and make sure family and church friends are taking good care of her.

“I don’t think I can express in words how heartbreaking it is to leave,” Okumu says. “I think if I said that I wasn’t going to go, she wouldn’t take that answer very kindly. In her words, I fulfilled her wildest dreams and she couldn’t be more proud of me.”

For a young woman who endured the death of a mother and grandmother as well as the loss of a father who chose not to be part of her life, Okumu has learned to have a positive view of life.

“The bitterness that I once had about what I lost, what I wasn’t able to have, is gone,” she says. “I think everything happens for a reason, whether it be a wonderfully amazing or a really difficult circumstance.”

Okumu says she’s excited to embrace the new challenges her life at Harvard will offer her and eager to bring those experiences back with her to Berea.

“I always hope to come back to Kentucky,” Okumu says. “Kentucky raised me… It will always have a special place in my heart.” 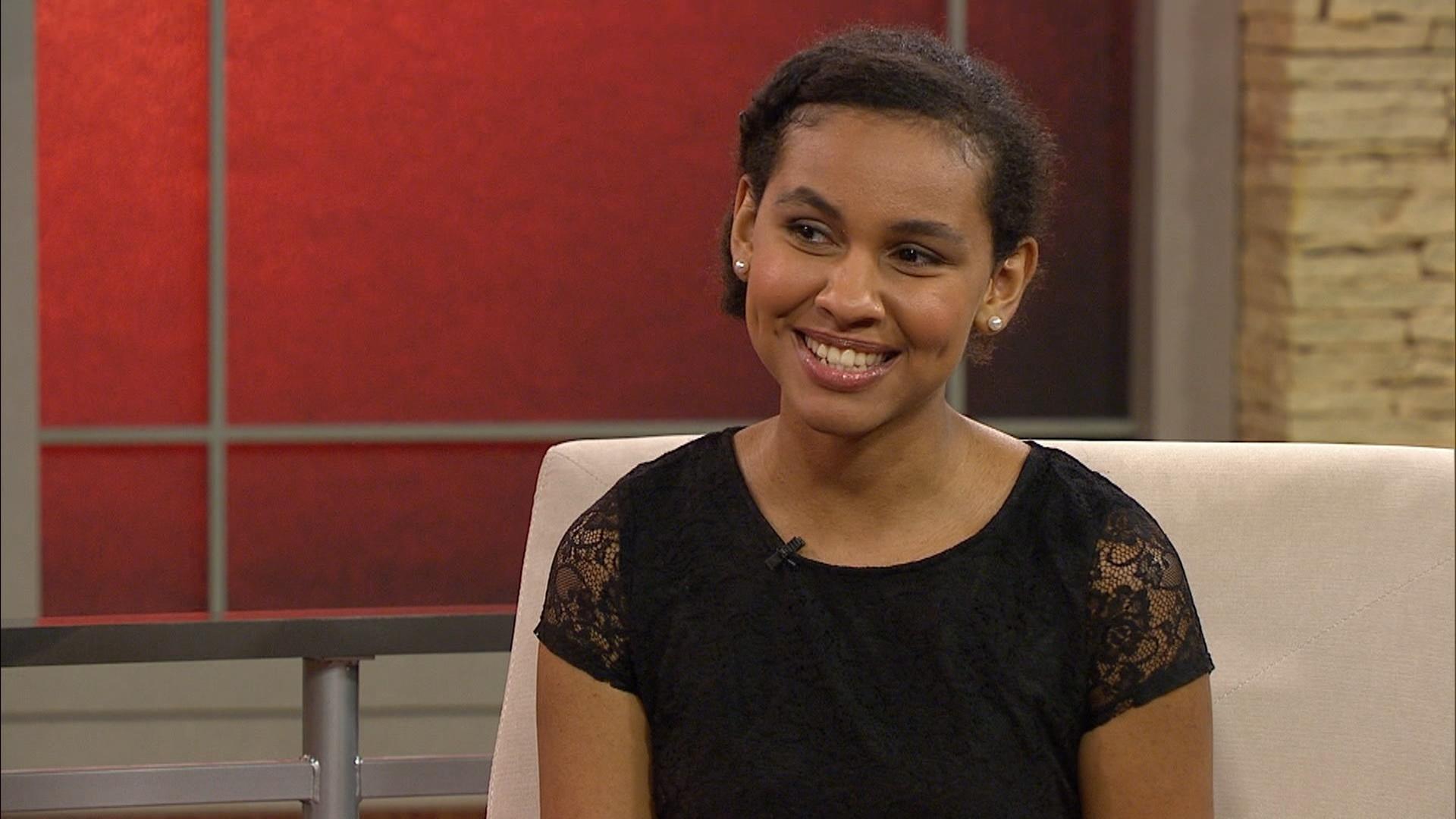