Kentucky lawmakers have many tough issues awaiting them in the 2018 General Assembly session, from ongoing debates about public pensions and tax policy, to crafting a new state budget and a road plan.

But two legislators want to ensure that the opioid crisis, mental health, smoking cessation, and other topics impacting the well-being of Kentuckians get their share of state funding as well.

Opioid and Heroin Addiction
In September, the Interim Joint Committee on Health and Welfare and Family Services and the Medicaid Oversight and Advisory Committee held a rare day-long meeting to discuss drug addiction, how it’s affecting Kentuckians, and ways to address the crisis. Rep. Addia Wuchner says she hopes the presentations lawmakers heard that day will help them develop comprehensive legislation for the 2018 General Assembly on best practices for prevention, harm reduction, treatment, and long-term recovery.

“This issue, it makes headlines everyday,” Wuchner says. “It’s filling our morgues, it’s breaking the hearts of families, and it’s just undermining… the future of this commonwealth.”

Substance abuse contributed to more than 1,400 overdose fatalities last year, but it’s not just the specter of sudden death that ripples through the crisis. Sen. Julie Raque Adams says 54 counties in Kentucky are among the most vulnerable in the nation to outbreaks of HIV and Hepatitis C resulting from intravenous drug use.

And the problem affects more than just adults who abuse those drugs. Wuchner says at least 80 percent of babies born to mothers with a drug addiction end up testing positive for Hepatitis C. She says that will necessitate more screening and treatment for those infants as well as more treatment and recovery opportunities for pregnant women who abuse IV drugs.

The state is making small strides to address the crisis by working with managed-care organizations, health insurers, and non-profit groups, says Adams. She points to how a number of Kentucky jails now offer a variety of programs to help inmates with an addiction move into recovery.

Mental Health Concerns
Wuchner says the November 15 meeting of the Health and Welfare and Family Services Committee will hear from experts about youth suicides and related mental health issues. Suicide is the second leading cause of death among youth between the ages of 15 and 24. In Kentucky, 8 percent of high school sophomores report that they attempted suicide in 2015.

“We see with a lot of mental health issues that there’s this stigma attached – we shouldn’t confront it or we shouldn’t talk about it, we might make someone feel uncomfortable,” Adams says. “It’s just the opposite. They’re really encouraging parents to say, ‘Are you considering suicide?’… because that opens the door wide so that that child can reach out and say, ‘Yeah, I’ve thought about it.’”

Once adults are empowered to ask young people about the feelings of suicide, Adams says the next step is to ensure that those families get connected with the proper resources to help them.

The senator says the state judicial system is in the process of implementing legislation passed earlier this year that allows for court-ordered, outpatient mental health treatment. Adams says Tim’s Law is designed to break the cycles of homelessness, hospitalization, and incarceration for the most severely mentally ill individuals. She says people take that treatment more seriously when a judge mandates it.

Tobacco Use
Both lawmakers say they support a statewide smoking ordinance, but such a measure has failed to get through both chambers of the General Assembly in previous years. A proposed bill in the 2017 session would have prohibited smoking on school property and at school-sponsored events. It passed the state Senate but died in the House of Representatives. Wuchner says she considered the measure a “no brainer.”

“We know where the resistance comes from, so it still tells us we have some work to do,” says Wuchner about the need to build anti-smoking coalitions at the community level.

Rather than pursuing another sweeping, statewide bill, Adams says she thinks a more effective strategy will be to deploy simpler, smaller bills to help promote smoking cessation. For example, she wants to protect the rights of local communities to enact tough smoking ordinances. Under current law those local measures could be pre-empted by a state law that is more lenient on public tobacco use.

“I do see a shift and it’s positive for a change,” Adams says. “The health argument and the cost-savings argument are now married, so people are seeing how much money you can save when you have a healthy, happy workforce and a healthy, happy population.”

Other Health-Related Issues
Several state lawmakers have promoted legislation to legalize recreational marijuana and make marijuana an option for end-of-life treatment. Adams and Wuchner say they’re watching the impacts of more lenient marijuana laws in other states as well as ongoing research into the efficacy of medical marijuana to help inform their views on those issues. Adams says she expects a working group composed of government officials, law enforcement, medical experts, and others to offer some specific legislative options on marijuana for consideration during the 2018 session.

Wuchner says she wants to promote more screenings and better interventions for children with dyslexia. She says as much as 15 percent of the population may have the disorder that makes it hard to read or interpret letters or symbols.

Adams is considering a measure to restrict female genital mutilation. She says there’s been a rise in the cultural practice as more immigrants settle in Kentucky communities. Adams says many states have already outlawed it as a legitimate medical procedure.

Both lawmakers say the perennial challenge for health and social service issues is funding. Gov. Matt Bevin and state financial officials are warning that 2018 budget process will be “brutal” as lawmakers struggle to find the money to pay down the public pension debts and fund other vital government functions. Wuchner and Adams say that it’s part of their job to make sure that budget committee members remember the importance of promoting a healthy citizenry.

“If you do human services correctly, you save so much money on the back end,” says Adams, “so don’t short-change us because it’s just going to cost you money later on.”

“It’s not just about saving money,” adds Wuchner. “It’s also how do we impact those lives and how is there actually an improved status for those individuals.” 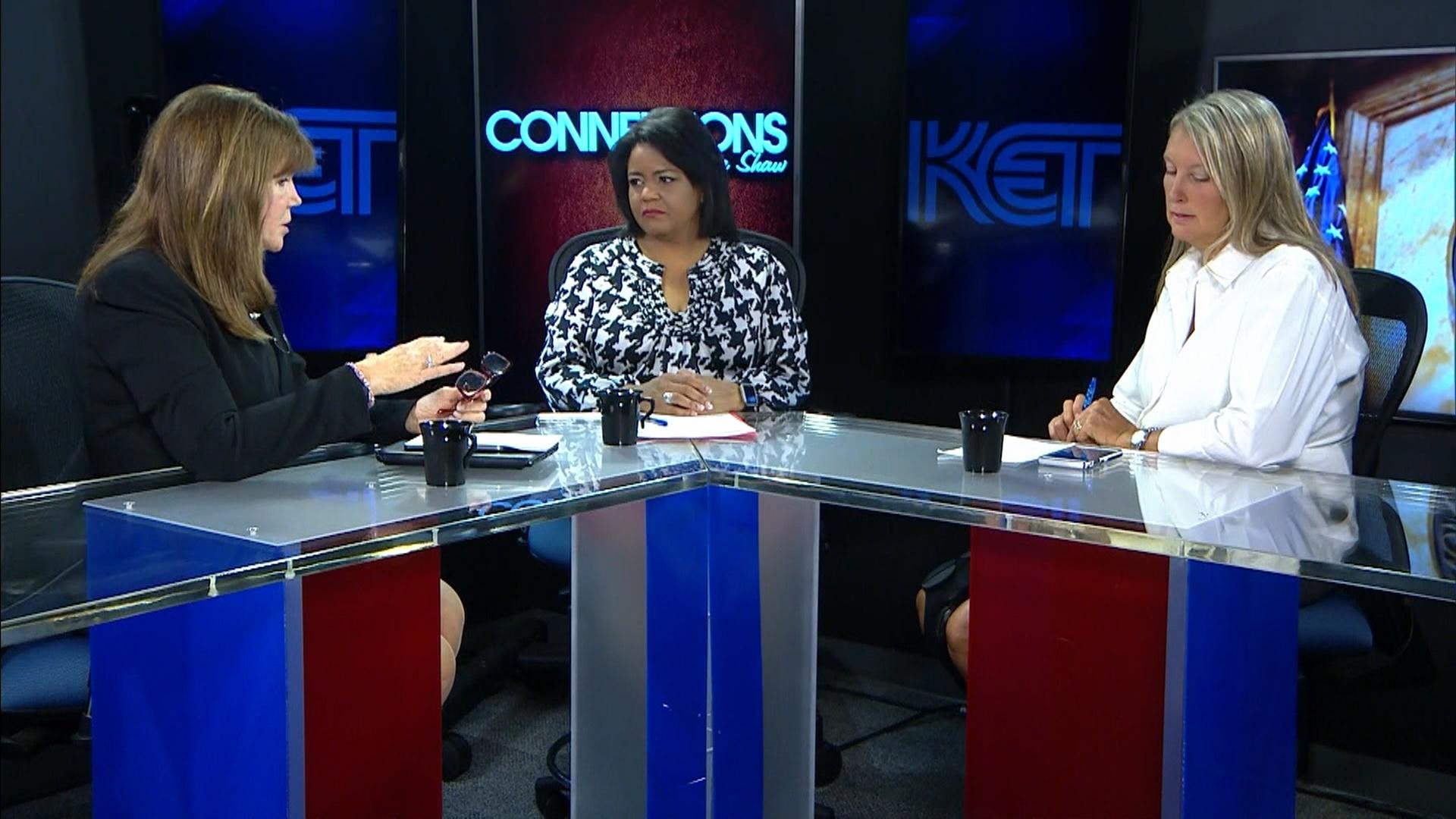