The old joke is that the job of a lieutenant governor is to check the governor’s pulse every morning.

Jenean Hampton, the state’s 57th lieutenant governor, has made young people a focus of her official duties. She’s visited more than 150 schools around the commonwealth to share her inspiring personal story. And she’s launched special projects that encourage students to engage in literacy and entrepreneurial activities.

“This has been an opportunity to serve like I never imagined,” says Hampton. “[Gov. Matt Bevin has] allowed me to define the role and dive in where I can.”

Now in her final year in office, Hampton wants to use her voice to bring attention to youth mental health and suicide prevention. She discussed these efforts with KET’s Renee Shaw on Connections.

A Calling to Promote Mental Health
You might say divine intervention brought Hampton to her new focus. She began to notice the number of people she’s met in recent months who lost a friend or family member to suicide. She says social service workers dealing with mental health and suicide began crossing her path with greater frequency.

“I think the Lord put this on my heart,” she says.

At the same time, the lieutenant governor says she began to realize that many of the children she visited in schools felt stressed from things happening in their lives, such as household poverty or a parent dealing with addiction or incarceration. Hampton says some of these young people had even lost hope.

“As I’m talking with counselors, I am hearing about kids as young as kindergarten not only thinking about taking their own lives, but planning it,” she says.

Then in January of this year, a 10-year old Louisville boy that Hampton personally met during her first year in office died by suicide. Seven Bridges had endured health issues since he was a baby, and had become a victim of bullying at his school.

“He was such a charismatic young man, so full of promise,” says the lieutenant governor. “It just breaks my heart that we have lost a person who could’ve done so much, added so much to society because basically other people were not nice.”

A Rise from Hardscrabble Roots
Hampton knows something about bullying. She experienced it herself as child growing up in inner-city Detroit. She was the daughter of a single mother who never graduated high school, and the family often struggled to make ends meet.

To counter the taunts and worries she endured, Hampton says she developed what she now calls “stress-busters,” activities like sewing, running, and reading that “kept me grounded, I think, and kept me from being despondent over a lot of the negative things that I saw.”

After high school, Hampton worked at General Motors while earning an industrial engineering degree at Wayne State University. She joined the U.S. Air Force and served for seven years, including deployment in Operation Desert Storm.

After her military service, Hampton spent nearly two decades in the corrugated packaging industry in management and sales jobs for companies including Weyerhaeuser and International Paper Company. She and her husband, also an Air Force veteran, settled in Bowling Green in the early 2000s.

Following a failed run for the state House of Representatives in 2014, Hampton joined Matt Bevin’s 2015 gubernatorial campaign as his running mate. She became the first African American to hold statewide office in the commonwealth.

But in January of this year, Hampton learned that she would not accompany Bevin in his bid for a second term. The governor instead selected state Sen. Ralph Alvarado (R-Winchester) as Hampton’s replacement.

“I was disappointed initially,” she says, “but after prayer, I realized that the Lord had a different plan and he has another assignment for me.”

Hampton says she doesn’t know what that will be or where it will take her, but in the meantime, she wants to focus the remainder of her tenure in office on helping young people. That includes bringing attention to youth suicide prevention.

“Obviously I’m not going to solve this by the end of my term in December, but what I hope to do is move this forward,” says Hampton. “There are a lot of people who want to help and it’s not that we’re not rowing in the same direction, we’re just in different ponds and we’re not aware of what’s going on in the other ponds.”

Promoting Suicide Prevention
Hampton says she’d like to foster stronger collaborations among all the entities involved in addressing youth mental health, and promote one or two suicide prevention strategies that hold the most promise. For example, Hampton says she’s been trained in QPR, which stands for question, persuade, and refer. The program teaches people to recognize a child or adult who is distress and to ask them a simple but very important question: Are you thinking about suicide?

“If you suspect that someone is thinking of taking their own life, you must address it with that person very bluntly because you could save their life,” says Hampton.

The lieutenant governor has also been impressed with Sources of Strength, a program that teaches students as well as school faculty and staff strategies to prevent bullying, substance abuse, and suicide.

“It teaches the kids to be resilient, it teaches them to develop empathy for their fellow students,” Hampton says. “It’s one of the best programs that I’ve seen out there and I would love to get that in every school.”

But implementing Sources of Strength can be a burden on school districts already facing limited funding and staff resources. Louisville’s Butler High School is one of the schools that have embraced the program. Hampton says during a visit there, she met one of the student leaders, an 11th grader who said a classmate had intervened to save his life when he had thoughts of suicide.

“The young man whose life was saved said it shouldn’t matter what it costs, because this is saving lives,” Hampton says. “He’s right: It is saving lives. It disrupts that cycle of hopelessness.”

Between now and when she leaves office, Hampton says she will continue to visit classrooms and share her story of struggle and success. She hopes she can encourage children to be positive about their own futures.

“Each and every one of those kids that I’ve spoken to is capable of way more than they think,” Hampton says. “I want each and every kid to know that you have a purpose and you have talents, and if you feel sad, find someone to talk to [and] surround yourself with people who lift you up.” 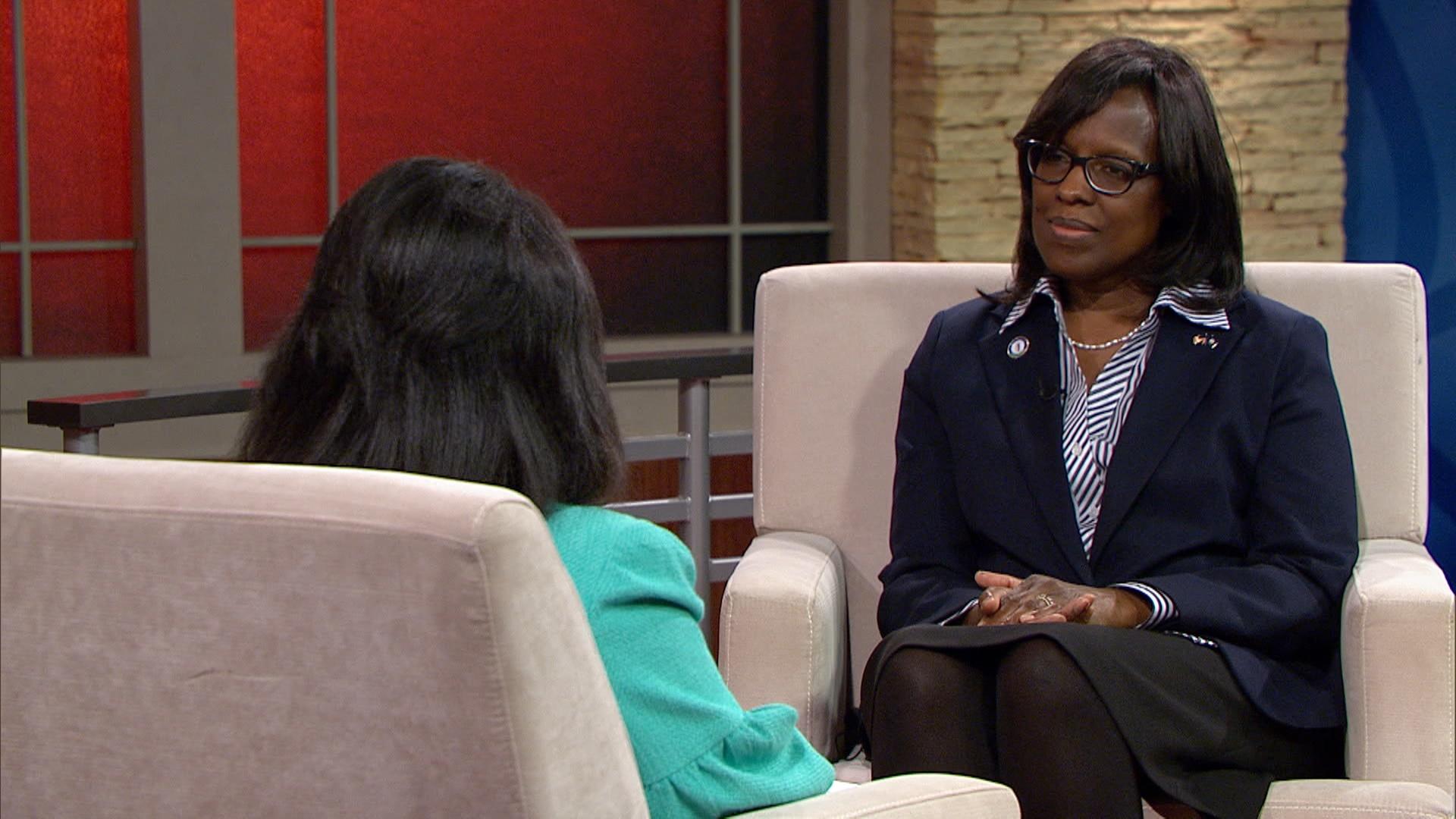