Connections remembers Dr. Martin Luther King, Jr. on the 50th anniversary of his assassination. Renee speaks with organizers of a commemorative event in Frankfort and shares highlights from speeches at the MLK Memorial March to Move.
Season 13 Episode 23 Length 29:22 Premiere: 04/06/18

On a cold late winter day in 1964, Rev. Martin Luther King Jr. led 10,000 people in a march on the Kentucky Capitol to call for legislation to end segregation and discrimination in the commonwealth.

Last week, on a cold early spring day, hundreds of people walked those same Frankfort streets to mark the 50th anniversary of the assassination of the civil rights icon. The rally was more than a tribute to King’s legacy. It was also designed to ignite a new era of social and political activism.

“I don’t think that you can legitimately commemorate the life of Martin Luther King without there being some action behind it,” says Christian Motley of the New Leaders Council Kentucky. “You can be a part of the change that is coming to Kentucky.”

KET’s Connections spoke with organizers of the MLK Memorial March to Move and featured highlights of speeches presented at the rally.

By the time he arrived in Frankfort on March 5, 1964, King had become the voice for civil rights in America. He had led demonstrations and boycotts across the South, met with Presidents John F. Kennedy and Lyndon Johnson, and delivered his “I Have a Dream” speech to a crowd of 200,000 protesters on the National Mall in Washington, D.C.

But just four short years later, King’s prominence had begun to wane. 1968 was a presidential election year, and the Vietnam War was at the center of public debate. A younger generation of African American activists, impatient with King’s philosophy of nonviolence, was shifting the conversation from civil rights to black power. And on a personal level, the stress of leading the movement was taking a toll on King.

The man who had faced police dogs and fire hoses, had been stabbed and had his house bombed, was physically and emotionally exhausted when he went to Memphis, Tenn., to support striking sanitation workers. He delivered his final address to a mass meeting at Bishop Charles Mason Temple the night of April 3, 1968.

King “preached a sermon from so deep in his soul that his words still resound as a prayer,” says Crystal deGregory, director of the Atwood Institute for Race, Education, and the Democratic Ideal at Kentucky State University.

Less than 24 hours later, King would be the victim of an assassin’s bullet.

Reviving a Dormant Movement
University of Louisville Professor and Pan-African Studies Department Chair Ricky Jones says when King died, half of all black Americans and three-quarters of whites disapproved of the leader who had expanded his activism to include advocating for economic justice and opposing the Vietnam War.

“Now we have a situation where everybody loves King because King is dead,” says Jones.

“King… was someone who made people feel uncomfortable at times,” says March to Move organizer Rev. L. Clark Williams of the People’s Campaign Community Network. “Sometimes it’s important that people are put in positions to feel uncomfortable because when you’re in your comfort zone, you don’t stretch and you don’t do the things sometimes that you need to do.”

Some feared the civil rights movement would end when James Earl Ray shot and killed King in Memphis. Williams says the movement didn’t die, but he believes it did go on life-support. It’s been waiting for people to awaken it with a new era of activism. Last week’s March to Move was organized, in part says Williams, to foster that awakening.

“There’s got to be a lot more working together,” Williams says, “a lot more strategic, tactical thought going in to how do you capitalize on the frustrations and the hurt and the pain that people have all across this commonwealth.”

Jones agrees that it’s important for a people’s movement to rise again, especially at this point in American history.

“We’re seeing more and more naked displays of power in the social realm, the economic realm, and the political realm,” says Jones. “Minorities have gotten a little bit more complacent over the years, but now with these displays that we’re seeing of hegemony, of domination, and of lack of humanity, I think the people are going to have to galvanize whether they want to or not.”

Although the era of overt segregation has passed, Louisville Urban League President Sadiqa Reynolds says other systemic injustices remain. For example, she says college-educated blacks earn on average the same as white individuals who only have high school diplomas.

“This country is in trouble in large part because… so many people have not paid attention, have not cared about justice when it came to black Americans,” says Reynolds. “I don’t care if you are a Democrat, a Republican, or an independent, if you not taking care of the least among them, then you are useless.”

A New Generation of Activists
Some three dozen groups representing causes from civil rights to economic justice to the environment cosponsored the March to Move and had booths at the event. Christian Motley says he hopes attendees would take the opportunity to learn about those organizations and sign up to join the group that best fits their particular interests and level of engagement.

That includes Kentucky students who, despite their youth, are becoming politically active.

“Thoughts and prayers alone are not enough. We also want policy and change,” says Sahar Mohammadzadeh, a student at Paul Laurence Dunbar High School in Lexington and member of the Prichard Committee’s Student Voice Team.

“It’s inspiring to see the shift in the political climate: Black Lives Matter, Me Too, the Never Again movement are among the most recent movements that have been sparked and spearheaded by American Youth,” says Mohammadzadeh. “Our stories, our narratives hold tremendous power to ignite change.”

The March to Move, like many of the civil rights demonstrations of the 1960s, brought together a range of people seeking equality, according to Bardstown Mayor Bill Sheckles. He says it’s important for these voices to be part of civic dialogs happening in Frankfort and across the commonwealth.

“We all have the same common goals of justice, health care, education, economic development, all these major issues,” Sheckles says. “Our likes are a lot more than our differences.” 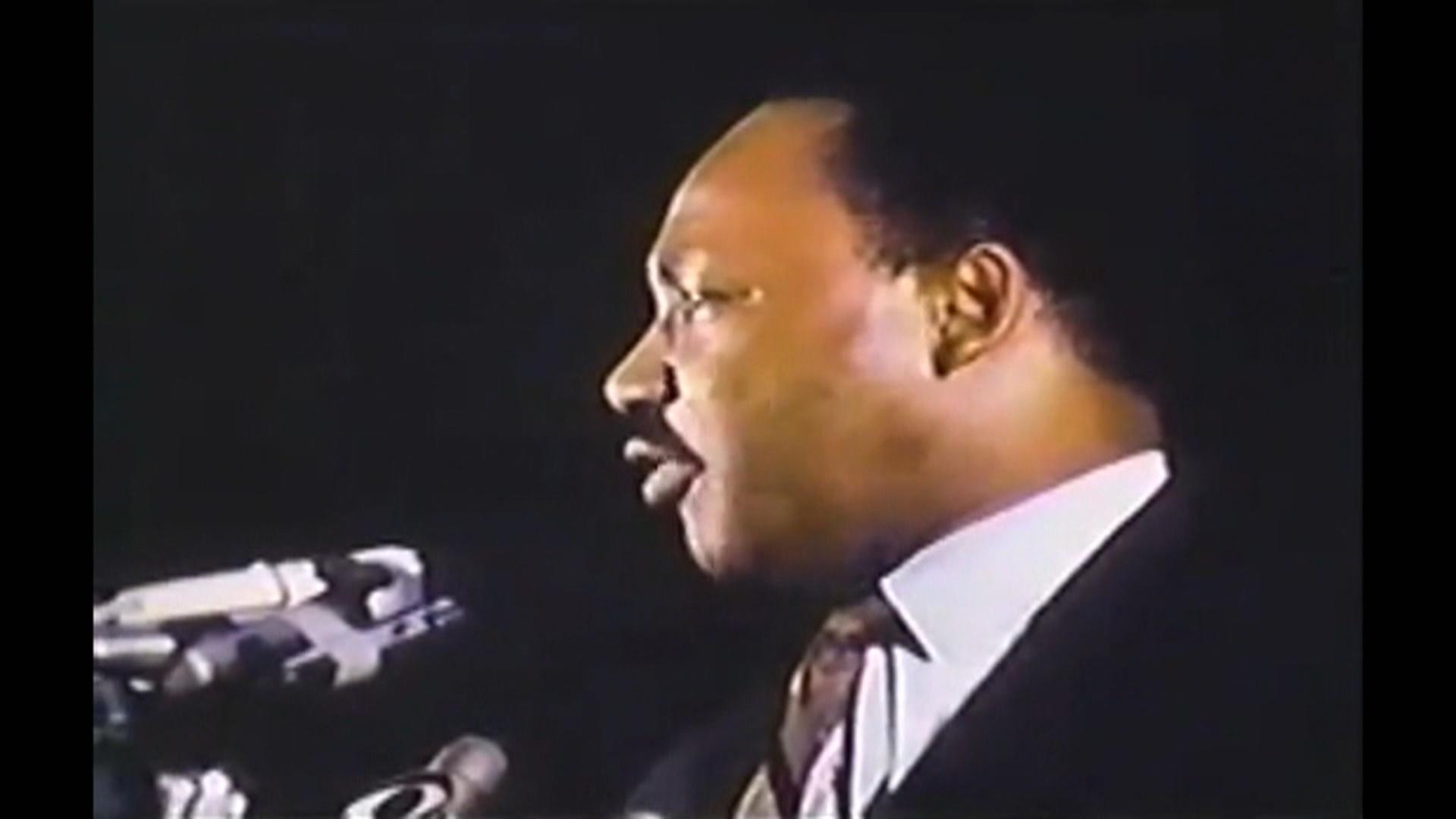