Sadiqa Reynolds sees herself as a truth teller who wants to speak honestly and respectfully about the challenges facing African Americans, other minorities, and the disadvantaged. As the first female president of the Louisville Urban League in its 96-year history, Reynolds accepts that her words may make people uneasy, and she hopes that discomfort will spur them to address the issues that she highlights.

Reynolds appeared on KET’s Connections to discuss the Louisville Urban League as well as her views on education, drug addiction, crime, employment, the media, and politics.

Reynolds says she never could have imagined leading the Louisville Urban League until longtime President Ben Richmond stepped down in 2015. When she was encouraged to apply for the position, she realized it would be a perfect fit for her. Reynolds, a Louisville attorney, had served as a Jefferson County District Judge, chief of community building for Mayor Greg Fischer, and an inspector general for the Kentucky Cabinet for Health and Family Services.

Despite her desire to succeed Richmond, Reynolds called taking the job one of her riskiest business moves. She knew it would be challenging to balance her work and family commitments. Plus she would have the responsibility of raising money to fund the organization.

Now she admits she’s happy that she took the risk. And she encourages other black women to work hard at whatever opportunities they can achieve.

“I say every day, show up and be your best, treat people in a way that you would want to be treated,” she says, “and it seems like God rewards that.”

Violent Crime and Addiction
Reynolds is critical of how the media has covered the historically high number of murders in Metro Louisville in the last year. She says blacks and whites have been both the victims and perpetrators of murder, but she contends that the news coverage gives greater attention to violence among African Americans. She says that contributes to the perception that black neighborhoods of West Louisville are filled with criminals, when in reality they’re populated with many more individuals who love their families, work hard, and want to achieve the American Dream.

“We have to think of each other not as the least among us or what is worst about us,” Reynolds says, “and I think that’s where media loses its place and sometimes its value.”

When it comes to murder, Reynolds says more than 80 percent of white people are killed by other whites and nearly 90 percent of blacks are murdered by other blacks. So the issue, according to Reynolds, is more about whom the victim lives around and sees the most. Instead of labeling the violence as “black on black crime,” Reynolds says we should see all crime as bad, regardless of who commits or where it occurs.

She also says race has played a factor in society’s response to drug abuse. When addiction was more of a problem for black communities, society responded with criminal justice solutions. Now that heroin and prescription opioid addiction is ravaging white families of all socio-economic levels, Reynolds says civic officials are responding with more treatment options and better access to overdose reversal drugs.

“Now we understand this a public health epidemic, but it’s always been [that],” Reynolds says. “The poor community, the black community has been saying for years that addiction was a disease and that people need to be helped and not put into prison.”

Education and Employment
A high priority among Frankfort Republicans is to pass legislation to allow charter schools in the commonwealth. The Urban League has no official position on these publicly-funded alternative schools, but Reynolds says she believes charters will come to the commonwealth so she wants to be part of the conversation about how they are implemented. She says she wants to ensure that charter schools operators are held accountable, and that traditional public schools still have sufficient funding and resources, especially if they are forced to take students that charter schools reject.

The Urban League has also been active in discussions about a new testing and accountability system for public schools in the commonwealth. Reynolds praises Kentucky Education Commissioner Stephen Pruitt, who is overseeing development of updated accountability measures, for being a smart leader who is trying hard to do right by students.

Unemployment in the minority communities remains in “crisis mode,” says Reynolds. While the statewide unemployment rate is 4.8 percent, Reynolds says it’s at least double that for African Americans. She says more needs to be done to connect unemployed minorities with available jobs, provide more retraining opportunities for those looking for work, and offer more diversity training to make workplaces more welcoming to minority employees.

“I’d love to see corporations and foundations really help us invest more in the human resources that it takes to help people get ready for jobs,” Reynolds says.

Learn to Swim or Drown
The Urban League is a nonpartisan organization that supports Democrats, Republicans, or “people who support us and support the people we serve,” says Reynolds. She encourages people to pay attention to and engage in the political process, whether that’s keeping tabs on who runs for city council, school board, or mayor, or the president of the United States.

“[Donald Trump] is our president and we are going to support him as best we can. We’re going to pray for his success because it’s in our interest as Americans,” says Reynolds. “But what we want is to be heard and to be valued.”

Reynolds says the Trump presidency will force the country to have difficult conversations it’s been reluctant to have, but she bemoans that political divisions often break down on racial and gender lines. She argues that all Americans should stand up for each other, and if a person sees something that’s wrong, they should protest it, vote for change, and not fear making waves.

“Waves are being made and you will drown or you will learn to swim and struggle against the tide, and that’s what we have to do together,” Reynolds says. 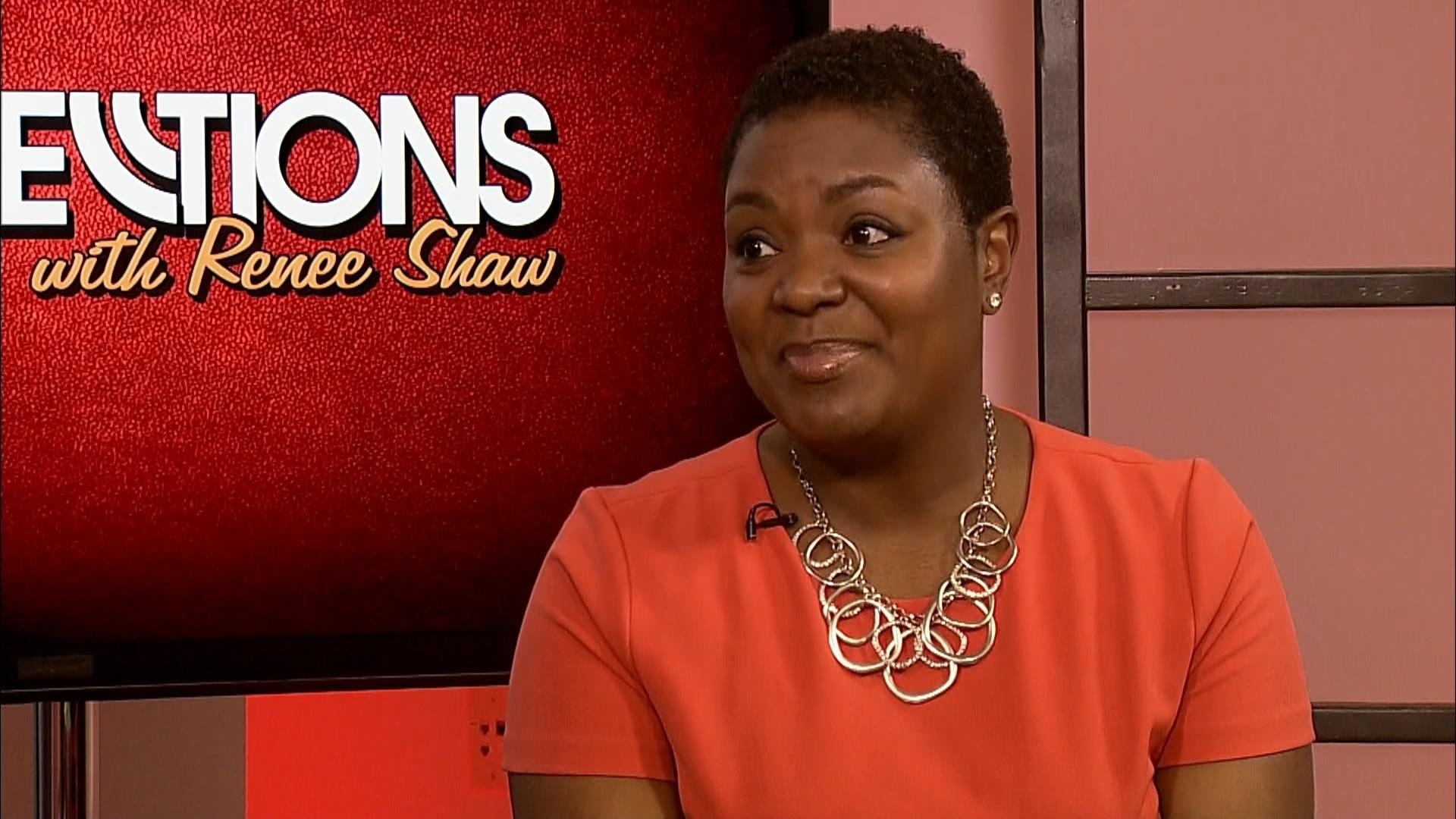