Already this year, there have been nearly 250 mass shootings in the United States. According to Education Week, 27 of those shootings have occurred at schools, resulting in the deaths of 27 students and 56 children or staff injured.

Kentucky schools have suffered their own tragedies over the years. A shooting at Paducah’s Heath High School in 1997 killed three students and injured five. A 2018 shooting at Marshall County High School left two students dead and another 14 injured.

Kentucky Education Commissioner Jason Glass, who returned to the commonwealth after serving as superintendent of the Colorado school district that includes Columbine High School, says the grief and recovery process for a community after a school shooting lasts for decades. Despite the epidemic of school shootings, he says statistics indicate that schools remain among the safest places that children can be. But he also warns that even with tight security and rigorous safety procedures, schools can be the setting for deadly gun violence.

“There are lots of things that can go wrong,” Glass says. “All of these systems have weaknesses that can be exploited.”

An Officer in Every School

In response to the school shootings in Kentucky and nationwide, state lawmakers have sought to improve school security in hopes of preventing further deaths in the commonwealth. Jon Akers, executive director of the Kentucky Center for School Safety says the General Assembly created his organization in the wake of the Paducah Heath shooting. After the Sandy Hook, Conn., shooting in 2012, legislators mandated state schools develop emergency plans and conduct regular active shooter drills.

Kentucky’s School Safety and Resiliency Act of 2019 implemented a range of security protocols and student mental health policies, and created the position of state school security marshal to oversee annual inspections of every school in the state. Then, earlier this year, lawmakers voted to require armed security officers, sometimes called SROs, at every public school campus.

Glass praises these efforts even as he encourages lawmakers to do more. For example, he says the mandate for SROs came without adequate funding or training requirements.

“You can’t just take any cop and put them in a building and expect that to be successful,” the commissioner says. “It’s a different mindset and it requires a different kind of training.”

Even though districts are required to have SROs in place by the time school starts this fall, Wilcox says some administrators are struggling to fill the positions. He says some schools don’t have the funds to hire an SRO, while other districts do have the money but can’t find qualified applicants.

Glass says that’s why the General Assembly should do more to help.

“We need the supports to create more SROs and we need the resources to actually put them in building if we want to achieve the results that I think the legislature hoped for,” he says.

Some states allow teachers and administrative staff to carry weapons in schools as another form of security. But Glass says he is against that idea. He contends having more people with guns in a school building during an active shooter incident would lead to more confusion. He also says even the best trained officers can miss their targets, so he fears what might happened if minimally trained school staff were armed.

“I think expecting a classroom teacher to have this responsibility and then carry it out in a hostile situation is more than a little far-fetched,” says Glass.

Wilcox and his team of 15 compliance officers around the state are charged with conducting annual site visits and risk assessments of every school in the commonwealth. He says they may do additional visits to follow up on concerns reported by school staff, students, or parents. The goal, he says, is to ensure that schools have implemented the security protocols mandated in the School Safety and Resiliency Act. That includes things like locking all exterior doors, electronic monitoring of a school’s main entrance, and security checks of visitors. Wilcox says about 90 percent of the state schools are in compliance so far.

“We want people to move from just being compliant to the law to having a commitment to these laws,” says Akers, “for it to be a way of life in the schools.”

Although the regulations have been in place for three years, Wilcox says students, school staff, and parents are still getting used to some of the security procedures. He says students are actually among the best ones to alert teachers if they see a door that isn’t properly secured.

Some Kentucky schools have added metal detectors to their entrances to screen students and visitors for weapons. Akers says these devices provide little more than “window dressing” to school security.

“It sets a standard for the school – they’re all going through the front doors, they’re all being checked,” says Akers. “But what about side doors, what about the windows, what about after school? …If somebody wanted to get a weapon in there or contraband in there, they could do it.”

Akers and Wilcox say the best school security measure doesn’t involve any kind of technology. It’s the relationships between teachers and students.

“If the child really feels that the teacher cares for them, then they’re going to say, ‘Hey, I’m hearing something that I don’t think sounds right,’” says Akers. “It’s the relationships that really help prevent things more so than metal detectors.”

Akers also says school safety is a community responsibility. He encourages everyone to report a concern about a safety issue or a potential threat to school authorities, or to the state’s STOP tip line at 866-393-6659.

That hotline, which is a partnership between the Center for School Safety and the Kentucky Office of Homeland Security, is staffed 24 hours a day, seven days a week, and is able to handle reports of potential suicide, bullying, physical or sexual abuse, or someone planning to bring a weapon into a school. Akers says about 60 percent of calls to the tip line involve some kind of mental health issue. 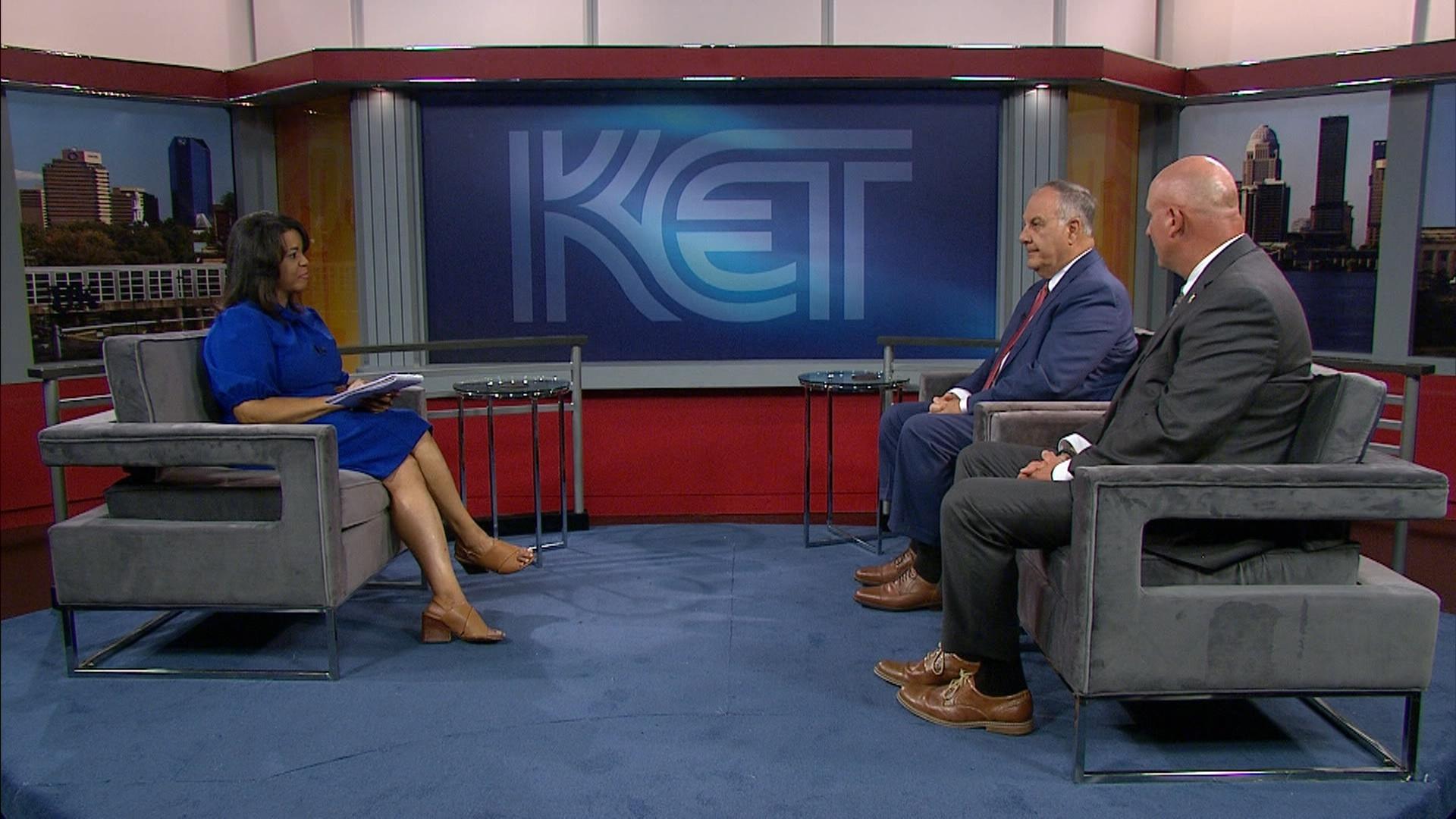