Guest U.S. Department of Transportation Secretary Elaine Chao discusses with Renee the prospect of self-driving car technology; the agency's involvement in the disaster relief effort for Hurricanes Harvey and Irma; her views on immigration and the relationship between her husband, Sen. Majority Leader Mitch McConnell (R-KY) and President Trump.
Season 13 Episode 3 Length 28:52 Premiere: 09/22/17

They are Washington’s ultimate power couple: Senate Majority Leader Mitch McConnell (R-KY) and U.S. Secretary of Transportation Elaine L. Chao. Even though their marriage span’s two branches of the federal government, and her boss has attacked her husband on Twitter, Chao brushes aside any notion that their work impacts their home life.

“It’s not precarious at all,” says Chao. “We’re all professionals… I have my job to do, Mitch has his job to do.”

She also downplays any potential rift between President Donald Trump and McConnell following the Senate’s failed attempt to repeal and replace the Affordable Care Act in July.

“That’s an old story, everything is fine now,” the secretary says.

Chao appeared on KET’s Connections to discuss her work in the Trump Administration, including transportation infrastructure issues and self-driving cars. She also offered her perspectives on immigration policy.

Infrastructure Plan to Highlight Rural Areas and P3s
In its 2017 Infrastructure Report Card, the American Society of Civil Engineers gave the nation’s roads, bridges, ports, rail lines, airports, and other vital structures a D+ grade. That means those systems already show significant deterioration, are approaching the end of their service life, and are at risk for failure. In Kentucky, 8 percent of roads are in poor condition and more than 1,100 bridges are structurally deficient.

Repairing and upgrading that infrastructure remains a high priority for President Trump and Secretary Chao.

“The state of our infrastructure impacts our country’s economic vitality, economic competitiveness, productivity, and also quality of life,” she says.

Chao says the administration plans to deliver an infrastructure plan to Congress later this fall. She says a key element of the proposal will be to allow public-private partnerships (P3) to build infrastructure projects. She praises Kentucky lawmakers to passing legislation in 2016 to permit private-sector financing of public projects at the state and local level. Chao says more states need to follow Kentucky’s lead.

“We are excluding a whole pool of available resources that stand ready and willing and in many cases enthusiastic about participating in the financing of public infrastructure,” the secretary says. “So we have to remove that discriminatory barrier toward the private sector.”

Another challenge is the lengthy permitting process that infrastructure projects face. Chao says in the past it could take 12 to 18 years to bring a new road, bridge, or airport to reality. But in August the Trump Administration issued an executive order designed to streamline environmental reviews and permitting for major infrastructure projects.

The president’s infrastructure plan will also allocate about 25 percent of all available resources to infrastructure needs in rural America, according to Chao. She says there’s a greater need for public funds in remote areas and smaller communities where private investment dollars may be less available.

Some pundits have questioned why the administration didn’t make infrastructure its top legislative priority. But Chao says the plan was to tackle health care and tax reform first.

Ensuring Safety in Driverless Cars
Another priority for Chao is self-driving cars. The Department of Transportation released guidelines earlier this month that smooth the way for companies to develop and deploy autonomous vehicle technology. A DOT press release says the document provides “voluntary guidance that encourages best practices and prioritizes safety” and “provides technical assistance to states and best practices for policymakers.”

Chao says she wants to ensure that federal and state regulations promote innovation in driverless technologies, not inhibit it. She is also encouraging engineers and designers to be more forthcoming about their work on automated vehicles.

“You who are so smart must share your wisdom with the rest of America so we understand what you are doing,” Chao says, “because 78 percent of Americans are a bit leery of self-driving technology.”

Those fears break down along age lines, according to Chao: Younger people are generally more open to the idea of self-driving cars while older Americans tend to be more fearful of the technology. But she contends autonomous vehicles can help address a key problem on the nation’s highways: There are an average 35,000 auto fatalities every year, and Chao says 94 percent of all crashes are due to human error.

“Self-driving technology has great potential in bringing greater safety to the driving public,” the secretary says. “For those that are elderly, they can have freedom once again… and for the disabled, this would give them freedom as well.”

A Call for Dialogue on Immigration
Chao was eight years old and spoke no English when her family settled in the United States. Her parents fled their native China after the Communist Revolution. She says her family has been blessed by all the opportunities this country has given them. Her father founded a successful shipping and trading company, and he and his six daughters are active philanthropists.

After working for Citibank, Elaine Chao became a White House Fellow in the Reagan Administration. She later served as director of the Peace Corps under the first President Bush, and became Secretary of Labor under the second President Bush. She was confirmed as Secretary of Transportation in January.

“I’m the first Asian American woman ever to have been appointed to a president’s cabinet in U.S. history,” Chao says. “I think that is very impressive, not because of me [but] because of what it says about this country, its openness, its tolerance, and the opportunities that it offers.”

Given her family’s story, Chao says she understands the fears and vulnerabilities other immigrants feel. She says immigration policy is an emotional issue that deserves an open dialogue among people with divergent views.

“I don’t think those who voice opposition to some of the immigration practices in our country are anti-immigrant,” the secretary says. “We are a country of immigrants. I think the real issue is legal versus illegal migration.”

Chao says she’s not able to get back to Kentucky as much as she used to due to the demands of her cabinet post and her desire to see her 89-year old father who lives in New York. (Her mother died in 2007.) But Chao still feels deeply connected to the commonwealth. 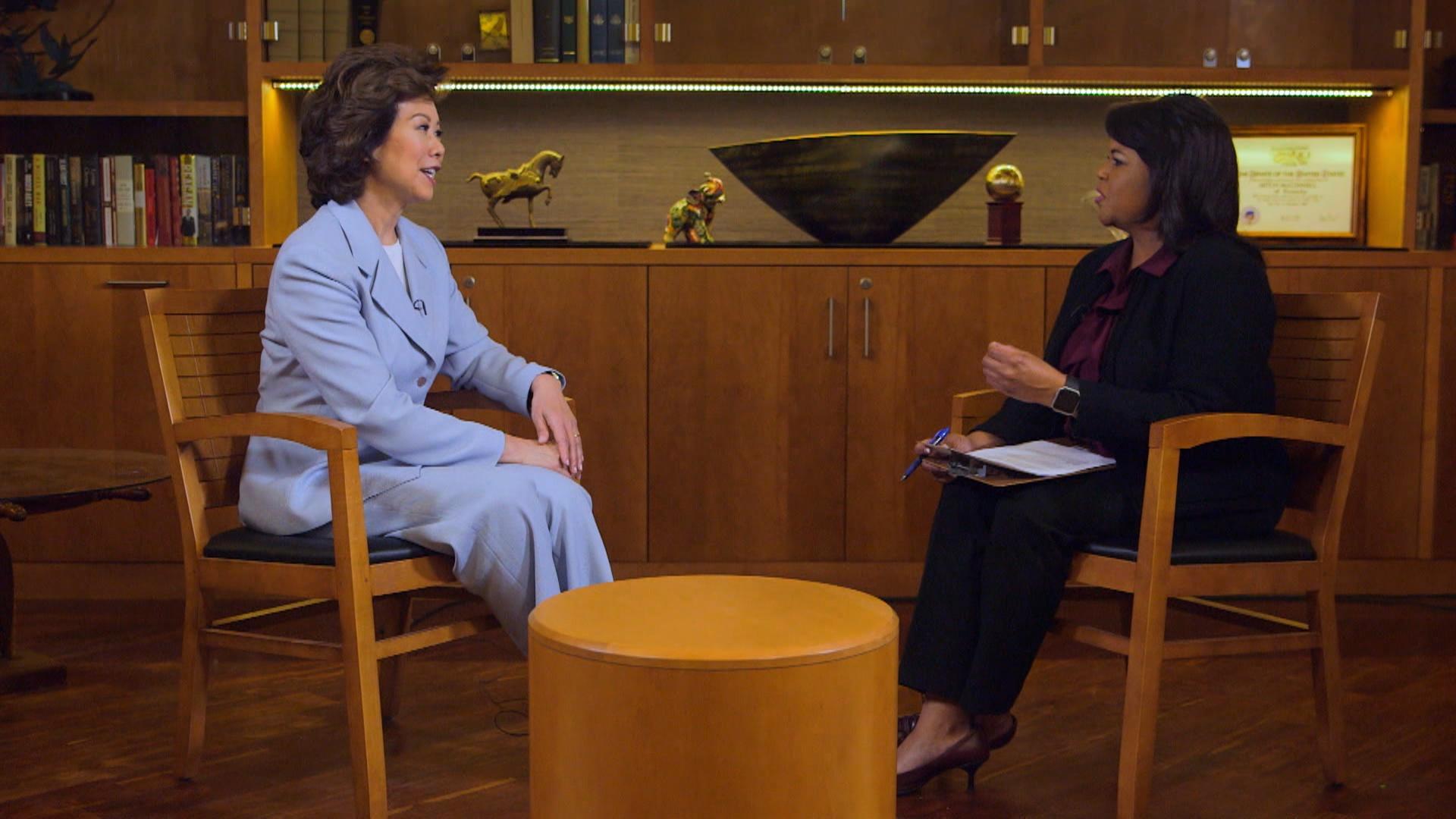