Renee's guest is Rus Funk, a consultant on gender equity, anti-racism, and violence prevention. He serves on the board of the National Center on Sexual and Domestic Violence. Funk talks about the spate of sexual harassment charges that have dominated news headlines and offers advice on helping men learn how to modify their behavior to create a professional and respectful work environment.
Season 13 Episode 14 Length 28:37 Premiere: 12/15/17

Ending Sexual Harassment in the Workplace

New accusations of sexual misconduct emerge almost daily in the news, yet little coverage is given to the underlying social factors that can contribute to harassment in the first place.

KET’s Connections sought to explore some of those issues in a conversation with Rus Funk, a Louisville-based consultant on gender equity, anti-racism, and violence prevention. He also serves on the board of the National Center on Sexual and Domestic Violence.

The path to devaluing women and girls can start as early as elementary school.

Rus Funk cites a recent example concerning his eight-year old son, who he describes as a kind and empathic boy with long blond hair. An adult at his school tried to criticize Funk’s son by calling him “a girl.” That left Funk wondering why, in 2017, being called a girl is still considered a humiliating remark.

“It’s that environment at the elementary school level that allows boys to start thinking of girls as something as not equal, as not deserving of respect,” says Funk.

As children grow older, bullying can become a factor. Funk says when those around the bully don’t challenge their actions, the aggression and violence will continue.

“Bullies get their power because of the peer network that stays silent around their behavior and fuels them to be able to humiliate the person they’re bullying,” he says.

A Cycle of Silence and Complicity
Transfer that dynamic from the childhood playground to the adult worlds of business and government and Funk says you set the stage for sexual misconduct.

“It’s not a surprise that men who perpetrate behaviors like this surround themselves with male peers who support the attitudes, maybe not the behaviors, but the attitudes that underlie those behaviors,” Funk says.

Although the peer group may stay largely silent about the misconduct, that doesn’t mean that the perpetrator isn’t communicating their beliefs and intentions during so-called “locker room talk,” according Funk.

“They may not brag about their specific behaviors but they brag about their attitude, they acknowledge their entitlement,” Funk says. “They let it be very clear that they are the kind of men who are likely to do this.”

For workplace harassment, the misconduct often involves a power differential: the harasser has some power or authority over the person they are harassing. Funk says it’s very different for two peers engage in what might be considered flirtatious behavior at work. But he contends any flirting a superior does with a subordinate could be considered harassment.

Not everyone who commits harassment is a bad person, says Funk. He sees them as people who let their position of power and feelings of entitlement compromise their humanity. But he says people in the harasser’s peer group should be more empowered to speak up when they feel uncomfortable by a colleague’s behavior.

“I count on my friends, male and female, to hold me to account to my humanity,” Funk says. “I’m human so I’m flawed. I need some help some times for somebody to tell me, ‘Russ, you’re being a bit of a jerk right now. Can you stop it?’”

Apologizing and Making Amends
A common response among some men who are accused of harassment is they thought their actions were innocent, or that the relationship between the man and his accuser were consensual.

“I don’t know that we can trust men’s judgment around what is or isn’t consensual, particularly after they’ve already been accused,” he says.

When an older person is accused of harassment, another frequent excuse is that they are a product of a generation that allowed some forms of sexualized conduct in the workplace. Funk says it probably wasn’t acceptable behavior back then, especially among those on the receiving end. And even if it was common behavior for earlier generations, Funk says it certainly isn’t acceptable conduct now.

Another default response often used by those who are accused is “prove it.” That often sets up a he said/she said situation, in which Funk says usually benefits the man. Instead he says he always begins by believing the accuser, but he also wants to learn more details about the situation to get the complete picture of what happened.

Funk says it’s natural to feel angry with someone who has engaged in sexual misconduct. If it is a close friend, relative, or someone we admire, Funk says we can still love that person even while being angered and disappointed by their behavior. As for those who committed the harassment, he a simple apology isn’t enough.

“An apology is the beginning of accountability, not the end of it,” he says.

He says the perpetrator not only owes an apology to those they harassed, but to everyone who may have been impacted by the misconduct, including friends, family members, colleagues, or even the general public.

“I think that’s true particularly for these public figures,” Funk says. “They’re not just accountable to the person that they harassed… they’re also accountable and need to make amends to the rest of us that are reeling with this disclosure [of misconduct].”

Once a genuine apology is offered, then the process of making amends can begin. But Funk says most corporate human resource policies don’t include procedures for how a harasser should make amends or reconcile their bad behavior.

Men Should Examine Their Own Behavior
Beyond workplace settings, how do you know if flirtations cross the line to harassment? Funk says honest flirting involves respectfully paying attention to the other person so that you can truly get to know them better. But if the flirting is done to simply get a reaction from the other person or as a way to show off for your own peer group, then it has probably crossed the line into harassment, according to Funk

He also cautions against making harsh condemnations of people who are accused of harassment.

“I worry about pointing our fingers so aggressively at those bad guys over there because one of the things that I know about working with men is that as long as I believe that he can’t be me, then I can’t be part of the solution,” Funk says. “I would argue that every one of us as men need to look at our behavior – either how have I done that or contributed to an environment that allowed some other man to say he could do that.”

If we make those honest self-assessments and hold friends and colleagues accountable for their misconduct, then Funk says we can start down the path towards a society without sexualized violence. 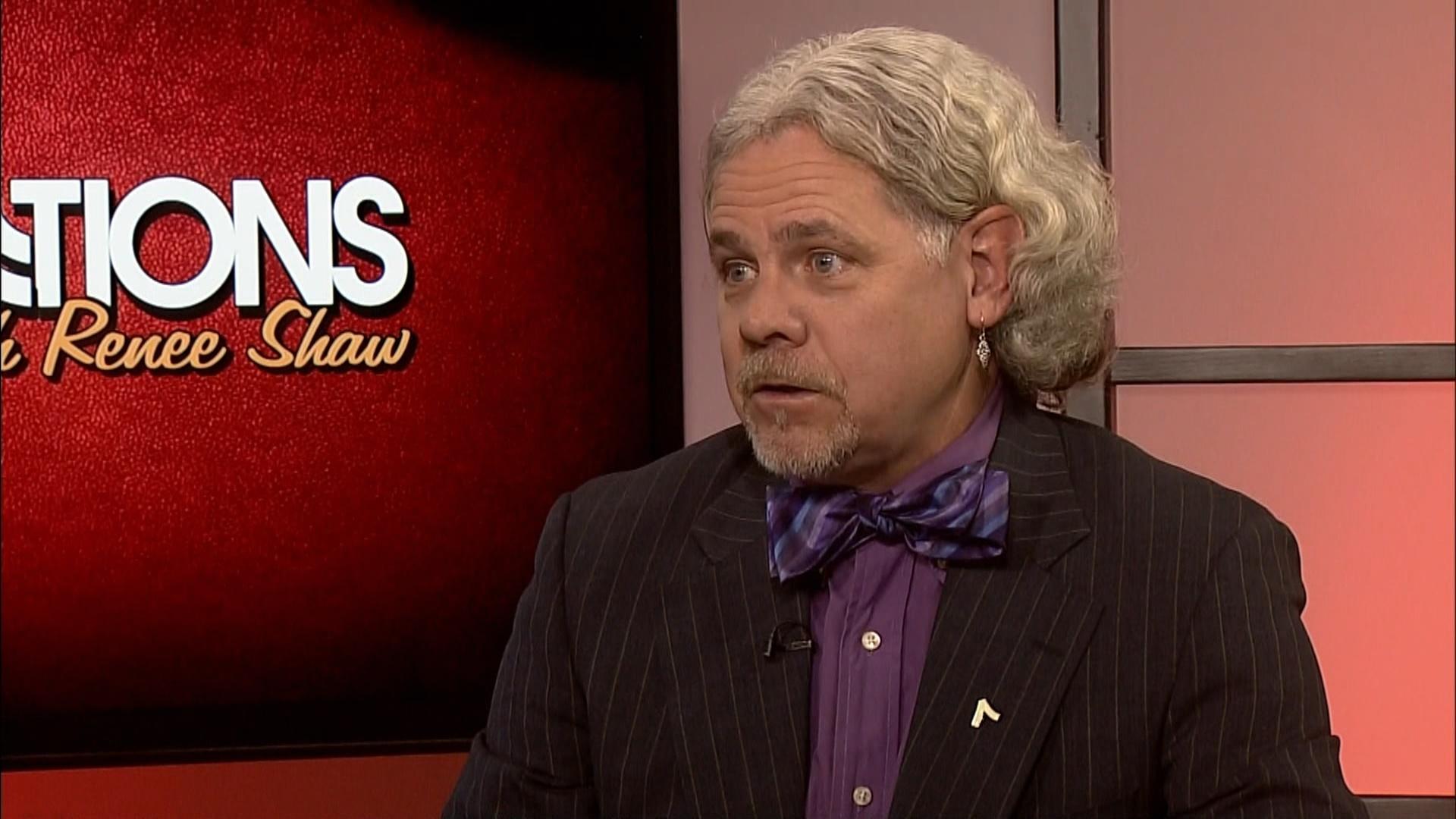