Renee speaks with Tawanda Owsley, executive director of the Bluegrass Chapter of the American Red Cross, about the criticism the agency received from its perceived slow response to hurricane victims and the ways the American Red Cross helps Kentuckians in times of need.
Season 13 Episode 15 Length 26:32 Premiere: 01/05/18

You probably know them as the organization that collects blood donations and responds to major disasters like hurricanes and earthquakes.

Yet in its 136 year history, the American Red Cross has grown to provide many more vital services that help save lives and provide comfort to those in need, from CPR training to free smoke alarm distribution to supporting America’s military families.

Today, five chapters of the Red Cross serve Kentuckians across the commonwealth. Tawanda Lewis Owsley, executive director of the Bluegrass Area chapter that covers 33 central and eastern Kentucky counties, appeared on KET’s Connections to discuss the work of her agency.

Being There in Times of Need
Whether a disaster impacts thousands of people or a single family, the Red Cross is there to help.

During the January 2009 ice storm that left more than a half a million homes and businesses in Kentucky without power, state Red Cross chapters opened hundreds of temporary shelters across the commonwealth for Kentuckians needing a warm place to stay and a hot meal.

And when a fire strikes the home of just one family, the Red Cross is also ready to respond.

“We have about seven home fires a day in Kentucky,” says Owsley. “We’re there with the fire department, and the immediate thing that we do is provide financial assistance that may help you get hotel rooms, it may help you get basic needs. If you lose everything, you need something to help you get started.”

The Bluegrass and other state chapters also taught disaster preparedness skills to thousands of school children, and provided free smoke alarms to thousands of homes. That’s in addition to the blood donation drives and free CPR and first aid classes the Red Cross hosts each year. A Louisville call center also helps military families during times of distress.

In all Red Cross volunteers across Kentucky logged more than 140,000 service hours in fiscal year 2017, says Warren in a Courier Journal column.

The Challenges of Providing Relief
Even with the good work the American Red Cross does to help people across the nation and around the world, the agency is not immune to criticism.

After the historic sequence of hurricanes last summer, some victims and government officials questioned the speed and effectiveness of the Red Cross response, especially around Houston after Hurricane Harvey.

“I know there was a lot of money — as in hundreds of millions of dollars in money — that was available for Texas that seemed not to be getting to Texas in either a timely fashion or in a well-organized, well-directed fashion,” said Texas Gov. Greg Abbott in an Associated Press report.

Owsley defends the Red Cross efforts last year, saying 2017 was filled with record-breaking storms with Hurricanes Harvey, Maria, and Irma impacting portions of the United States over the course of seven consecutive weeks.

“Anytime you have unprecedented disasters, it takes time to get those [relief delivery] processes right,” Owsley says. “We did the best that we could and I’m really proud of the work that we did during that time.”

The Red Cross provided shelter and meals to tens of thousands displaced individuals following Hurricane Harvey, and gave $400 in financial assistance to some 600,000 households, according to Owsley and Warren.

But Owsley admits the Red Cross did have its problems. She says agency was faced with trying to transport relief volunteers and supplies across an expanse of flooding the size of Lake Michigan. Then the computer system that organizes the aid payments to victims crashed under the sheer volume of relief requests. It took two days to make that system operational again, says Owsley.

Where Hurricane Katrina had been the Red Cross benchmark for devastation, Hurricane Harvey forced relief efforts to a whole new level, she says.

“We sheltered, fed, and provided financial assistance to four times as many people as we have in the past,” Owsley says “That in itself is a learning experience.”

A Need for Volunteers
Now months later, Owsley says the American Red Cross still has volunteers working in the areas hit by the three hurricanes, as well as the recent California wildfires, and the mass shooting at a country music concert in Las Vegas. That includes 200 Kentuckians sent to do hurricane relief and 30 mental health professionals who went to Las Vegas to counsel shooting victims and their loved ones.

“The biggest part of the [help] that we need right now is volunteers,” Owsley says. “We couldn’t do anything without the volunteers.”

She says the Red Cross trains people on everything from how set up shelters to driving evacuation vehicles. In the Lexington area, she says the Bluegrass Chapter also needs volunteers to help install 1,000 smoke detectors in local homes during a special event on April 28 called Sound the Alarm.

Training programs usually last five or six hours and are done either in person or online. Owsley says the average Red Cross volunteer is between 50 and 70 years old, so the organization is boosting its outreach efforts to colleges and universities to get more young people involved.

Owsley has worked as a fundraising and development officer for the University of Kentucky and the Cincinnati Children’s Hospital Medical Center, but she says she’s having the time of her life at the Red Cross.

“Being able to be a part of taking care of our community has meant so much to me,” says Owsley. “I’m a Lexington girl… This is home and these are neighborhoods that I know.” 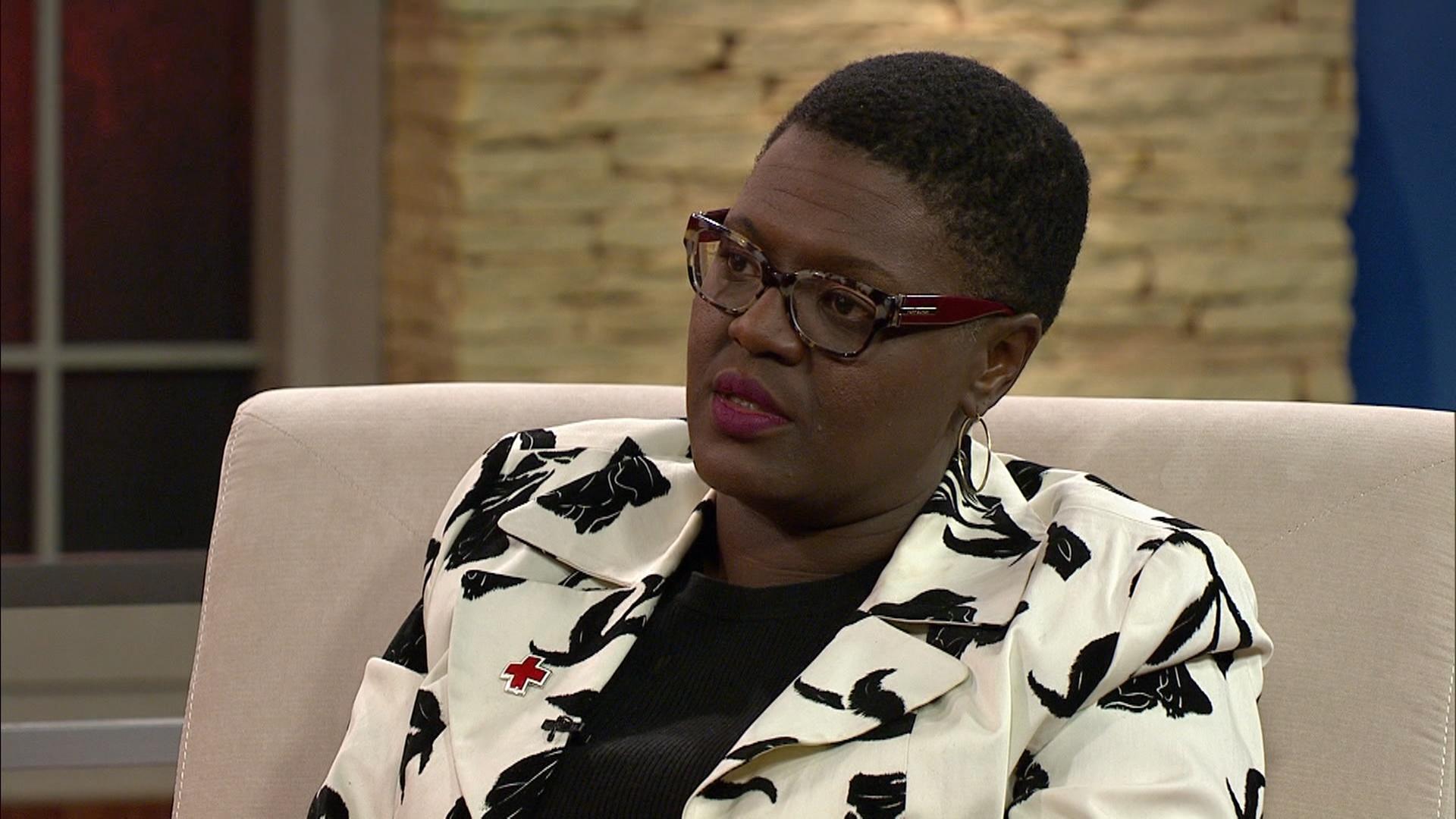