When Andy Barr first decided to run for Congress in 2009, he travelled the state’s 6th District to learn what voters wanted from their representative. He says Democrats and Republicans told him they wanted someone who would be accessible to constituents in order to resolve their problems, answer their questions, and hear their feedback.

Although Barr lost that election, he never forgot what voters told him. When he did win a seat in Congress in 2012, Barr and his staff launched an accessibility initiative that included office hours in every county of the district as well as in-person coffee klatches and telephone town hall meetings.

“My favorite part of the job is people and visiting with the people,” Barr says. “If you do the job you’re elected to do, then the politics should take care of itself.”

The Lexington Republican has made constituent services a hallmark of his three terms in office. As he competes for re-election, Barr appeared on KET’s Connections to discuss his views on economic policies and health care. This is the second of three programs featuring candidates running in the 6th Congressional District race. The first, with Democratic candidate Amy McGrath, aired on Oct. 21. The third, with Libertarian candidate Frank Harris, will air on Nov. 2.

Taxes and the Economy
When Barr first entered politics during the presidency of Barack Obama, the American economy was struggling to recover from the financial crisis and the recession that followed. Now, he says Republican policies of tax cuts, deregulation, domestic energy production, and banking reform have fueled strong economic growth and record low unemployment.

“This term in Congress has been a Congress of keeping promises, solving problems and delivering results,” he says.

“If you look at the distribution of how much federal income tax is being paid into the federal government now after tax cuts, it’s interesting: the tax code has become actually more progressive from the standpoint of the share of total federal revenue being paid,” the Congressman says. “The top 20 percent of taxpayers… they’re actually paying a higher percentage of the total income taxes collected by the government and folks in the bottom 60 percent of taxpayers are paying less.”

As a result, Barr says the average family in his district pays $2,000 less on their federal income taxes. Plus, he says millions of American workers are receiving higher pay and bonuses as corporations reinvest their tax savings in their employees. But Barr acknowledges that many Kentuckians still struggle financially.

“The prosperity that we’re experiencing needs to hit everybody,” he says. “We can’t leave anyone out.”

While the Tax Cuts and Jobs Act of 2017 permanently reduced corporate taxes, the lower rates for individuals are set to expire in 2025. In September, the U.S. House of Representatives voted to make the individual and small business tax cuts permanent. (The Senate has no plans as of now to take up the measure.)

Barr, who touts himself as a fiscal conservative who endorses the Balanced Budget Amendment, voted for the original tax cuts and the extension bill even though some economists estimate the measures will add trillions of dollars to the national debt.

“One of the main reasons I ran for Congress was to save the country from bankruptcy,” says Barr. “The deficit and national debt continue to be a major concern of mine.”

But he adds: “The tax cuts are not the cause of the deficits.”

The Republican attributes the spiraling deficit to slowing increasing interest rates, which means the government has to pay more to borrow money. Another factor, he says, is that Congress hasn’t addressed government expenditures, especially on Medicaid, Medicare, Society Security, and welfare programs.

“Mandatory spending is now almost 70 percent of all federal outlays,” says Barr. “Clearly, the growth in mandatory spending is what’s driving our long-term debt and deficit challenges. It also threatens the solvency of those very important safety-net programs.”

Barr says he wants to reform welfare to help able-bodied, working-age adults with no dependents get the skills they need to hold a job. He contends that a paycheck is the best way for people to escape poverty.

At the same time, Barr says the Congressional Budget Office estimates that economy will grow by more than $6 trillion thanks to the Republican tax cuts. He says that will result in higher personal incomes, more people paying taxes, and fewer Americans needing government support as they move off welfare and into jobs.

Trade Policy
The federal tax bill also includes tax breaks that will benefit Kentucky bourbon distillers. Barr says he pushed for a provision that creates a level playing field between companies that produce aged distilled spirits, and those that produce non-aged spirits. The tax package also contained a cut in the federal excise tax on distillers.

But Barr fears those gains could be at risk as President Donald Trump pursues tariffs on foreign goods. That’s caused the European Union to retaliate by placing their own levies on Kentucky bourbon and other products.

“We don’t want the trade policy in this country to negate the benefits of tax cuts for bourbon and for soybean exports,” he says.

Barr supports the president’s goal of free, fair, and reciprocal trade deals, but he says lawmakers should have a role in the process. Barr has cosponsored legislation that would give Congress final approval on any tariffs requested by a president.

Health Care
The House has voted dozens of times to repeal the Affordable Care Act, also known as Obamacare. Barr says some of his constituents like the ACA, but he also thinks that many more people have been hurt by it because he says they lost access to plans and doctors they liked, their health care options have dwindled, and prices have skyrocketed.

“That is not, to me, a health care system worthy of the American people,” he says.

Rather than simply repeal the ACA, Barr says he voted in May 2017 to repeal and replace it with the American Health Care Act. Among its many provisions, the AHCA would have eliminated the individual mandate, funded high-risk pools for people with pre-existing conditions, and rolled back the expansion of Medicaid. A Senate version of the bill failed to win passage last summer.

Barr says he wants to protect people with pre-existing conditions but he does not want a public option, which he contends would only exacerbate current heath care problems. He also opposes the Medicaid expansion because he says too few providers participate in that system, so patients get “access to a waiting line” instead of access to care.

He says the real cost drivers in health care come down to two populations: People in the individual market and uninsured Americans who are not eligible for Medicaid.

“I was very satisfied that the American Health Care Act was helping deal with the challenges in those groups,” says Barr, “because we were offering something far better than expanded Medicaid.”

Renee speaks with Carol Cecil, executive director of the Kentucky Partnership for Families and Children, a statewide support, training, and advocacy group that works with families and caregivers of children with behavioral health challenges. Also, Resa Gonzalez talks candidly about her son Shawn's trials with depression, bipolar disorder, and a form of autism, and how he's now thriving and helping others. 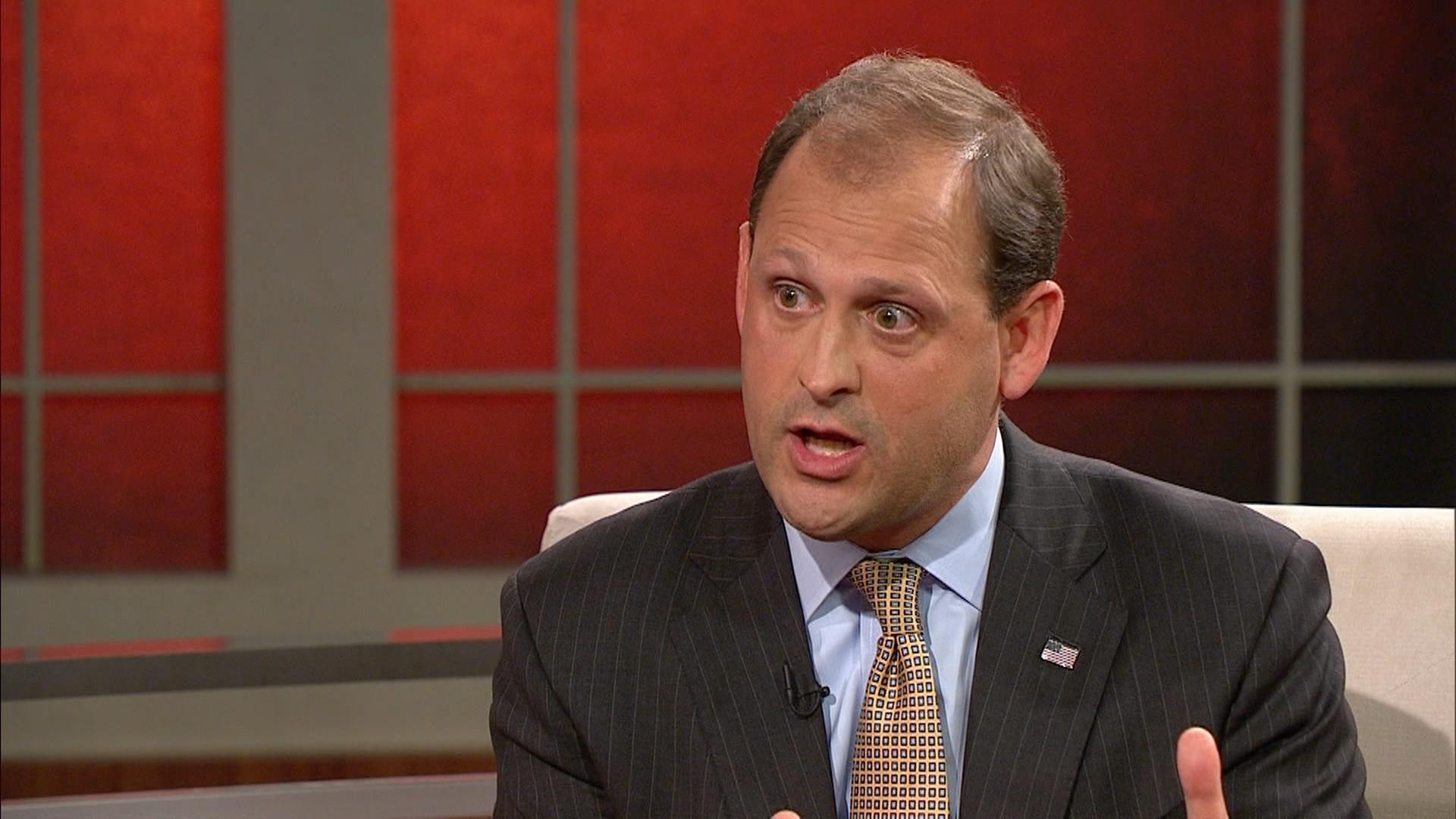