Hot Spots, COVID-19’s Impact on Teens, and Stories of Recovery

Here are key takeaways from KET’s May 22 program on the spread of coronavirus-19 disease, called COVID-19, in Kentucky. The show examined a hot spot of coronavirus cases in south central Kentucky and how the virus has affected Kentucky teens as schools shifted to online learning and ceremonies such as graduations were cancelled. In addition, three Kentuckians who were hospitalized with COVID-19 and recovered share their experiences.

Stopping the Viral Spread in the Barren River Region

Over the past several weeks, cases of COVID-19 spiked in the Barren River region in south-central Kentucky. Three counties in this eight-county region – Butler (17 percent), Muhlenberg (15 percent) and Warren (6.5 percent) have the highest cases per 1,000 people in Kentucky.

“Looking at data across the nation, the hot spots have occurred in densely populated areas,” says Matthew Hunt, Ed.D., district director of the Barren River District Health Department. “If you look in western Kentucky, generally we’re a very rural area, however, most of the cases we’ve seen have been associated with work sites, long-term care facilities, or correctional facilities which are also densely populated.”

Recently, COVID-19 testing has ramped up in Warren County, Hunt adds. He says that health officials have tested about 6 percent of the county’s population, which is higher than many counties in Kentucky, and that this increased rate will allow his department to conduct contact tracing in order to get a better handle on where the virus is spreading.

Even as COVID-19 cases in initial hot spots decline, Hunt says that he’s worried about additional spikes in his region as businesses reopen and social activities resume. The increased person-to-person interaction will test his department’s efforts to boost testing and implement contact tracing, and high positive cases could burden the region’s health care system.

Halting the spread of coronavirus requires community buy-in, Hunt explains. “It’s so crucial that we all do a good job of contact tracing as a public health system, but [also] as community members that you answer the call,” he says.

High school students around Kentucky were forced to make swift adjustments after in-person classes were cancelled in March. Recently, members of the Prichard Committee Student Voice Team created a survey to collect teens’ opinions and assess their mental health. As of May 22, more than 12,000 Kentucky students completed the survey.

“We’re noticing many trends,” says Emanuelle Sippy, student director of the Prichard Committee Student Voice Team and a junior high school student in Lexington. “Students are feeling more nervous, more anxious and more depressed, unfortunately, in the midst of this crisis. And students are also reporting feeling higher levels of worthlessness than prior to the crisis.”

Sippy believes that this concerning trend is caused by the significant disruption of students’ normal routines, where they’ve had to stay apart from peers and forego the extracurricular activities of high school life like attending sporting events and ceremonies.

ViAsia Bramblett, a reporter for the Student Voice Team’s blog and podcast and a high school senior in Hardin Co., says that she and her fellow seniors are struggling with the idea of winding down the traditional end of their school experience in a different world.

“A lot of my friends, they say that there’s no point of graduation, because a lot of schools like mine, they did the graduation ceremony a week before school work was done,” she says. “A lot of seniors at my school just gave up and stopped doing work from there.”

One positive trend is that students are reporting feeling more grateful and empathetic, Sippy says. “Having to see what people are going through – whether it’s the digital divide or food insecurity or teachers dealing with their own kids – whatever it may be, I think a greater recognition of our lives and complexities is harder to ignore right now than maybe it was prior [to the pandemic],” she says.

As members of the Prichard Committee Student Voice Team, Sippy and Bramblett intend to use the survey data and other experiences from this unprecedented time to effect positive change in education policy. “Our team is hoping for a more equitable system where students who need more support are provided with it,” Sippy says.

For Julia Donohue of Harrison County, COVID-19 started with a migraine that wouldn’t go away. The 28-year-old soon began having breathing difficulty and couldn’t do any activity for more than five minutes without stopping to rest.

Respiratory symptoms came first for Sheila Thornberry of Fayette County, and the 50-year-old obtained a pulse oximeter to check her levels as her condition worsened.

Twenty four-year-old Hannah Jones of Jefferson County says, “It felt like 20 bricks were on my chest where I just could not move, and I felt sore.”

All three women eventually were checked into area hospitals and placed on ventilators. “The only thing I remember is [staff] telling me, ‘Stop trying to pull your vent out,’” Thornberry says. “And I couldn’t tell them that all I wanted to do was scratch my nose.”

“I guess the oddest thing is having to go through something and kind of be in the dark about it,” Donohue says. Jones says that being isolated from her family while she battled the disease was the hardest thing she’s ever been through, and at one point, she was in danger of going into cardiac arrest.

After trying times, all three women are recovering. Donohue says that she regards the experience as a positive one despite the health scare. “I feel like I was almost given like a second chance – it really made me appreciate the things in my life,” she says.

Jones has a similar view. “The person I was before I came into the hospital, I can’t seem to find that person,” she says. “I just encourage people to go have fun, but just make sure you are cautious in your surroundings – this world is definitely going to be different.”

Like Donohue and Jones, Thornberry was applauded by hospital workers as she was discharged. “Coming from a person who works in health care and never has really been a patient herself, I’m not used to somebody taking care of me,” she says. “It’s definitely a blessing, that’s for sure.” 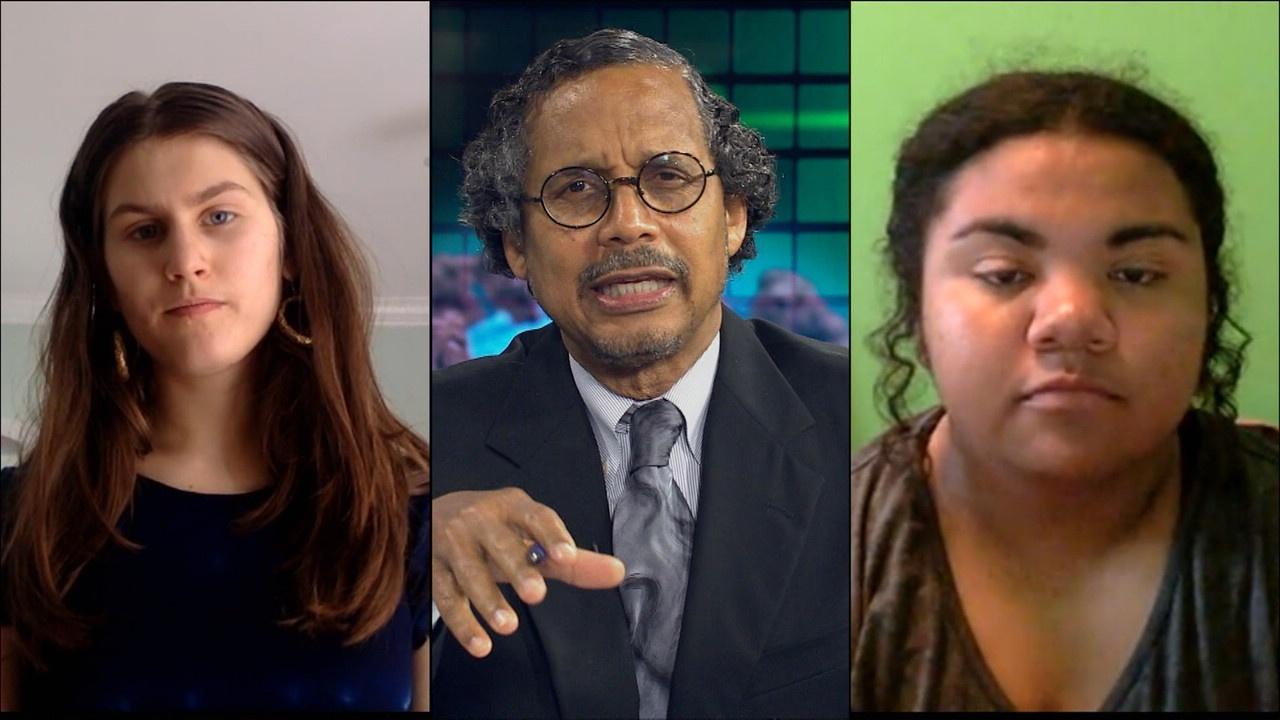