This documentary chronicles the history of Eastern Kentucky University in Richmond. Through two world wars and other military conflicts, the Great Depression, the Civil Rights Movement and integration, the film touches on the historical events and cultural and societal issues that helped shape the campus and the students, faculty and staff who have called it home.
Length 1:26:53 Premiere: 03/28/16

The Essential Eastern: A History of Eastern Kentucky University

So said Robert R. Martin, president of Eastern Kentucky University from 1960 to 1978. That forward-looking pronouncement encapsulates what EKU has meant for its students and for higher education in the commonwealth since its establishment as Eastern Kentucky Normal School in 1906.

In The Essential Eastern: A History of Eastern Kentucky University, narrator Nick Clooney takes us through decades of progress as what started as a small teachers college in Richmond, Ky., grew into the multifaceted, service-oriented, and nationally recognized university it is today.

The roots of EKU began in Central University, which was founded in 1874 after a split in the Presbyterian Church in Kentucky. The southern synod of the church established Central University as a small, private college in Richmond. The college provided a classical education steeped in Southern values for a student population that mainly consisted of elite young adults from families formerly part of the Confederacy. It closed in 1901 and was subsumed by Centre College in Danville, which was operated by the northern synod of the Presbyterian Church.

The campus buildings in Richmond were acquired by Walters Collegiate Institute, which was named after a major benefactor of Central University and offered classical preparatory education to young men. But by 1906, advocates for educational reform in the Kentucky General Assembly had hatched a plan that would establish two normal schools in the state, one serving the eastern half, and one the western half based in Bowling Green.

According to EKU historian William Ellis, normal school education was designed specifically to train people to teach, in service of the larger goal of improving primary and secondary education in Kentucky’s rural areas. Following a court challenge, the reformers had their way. As Ellis observes, “There’s no way you can divorce political influence from public education.”

Walters Collegiate Institute transferred the campus property to Eastern Kentucky Normal School, which began regularly holding classes in early 1907. Its first president, Ruric Nevel Roark, was a nationally renowned leader in education who had broad authority to develop his curricula for teachers. From the outset, the institution embraced an ethos of opportunity and a commitment to its region.

Despite tight finances, Roark started to increase enrollment and had several construction projects underway by 1909. Unfortunately, he was forced to take a leave of absence that winter due to ill health, and died in April. His wife, Mary Creegan Roark, was named acting president from 1909 to 1910 and completed several of Ruric Roark’s unfinished plans. She was the first female to serve in a chief executive position at a public college in Kentucky, and the “acting” designation was officially removed from her title in 2015.

The next two presidents, John Grant Crabbe (1910-1916) and Thomas Jackson Coates (1916-1926), steered Eastern Kentucky Normal School through the tumult of World War I and introduced several of the school’s enduring landmarks. During Crabb’s tenure, the school established maroon and white as the colors for its nascent football team and adopted more rigorous faculty retention standards.

But greater progress was on the horizon, despite the advent of the Great Depression. President Herman Lee Donovan (1928-1941) took advantage of New Deal federal programs to help the school withstand a 50 percent drop in state appropriations. An ROTC program was started under Donovan’s tenure, and more construction took place, including opening the campus’ iconic Keen Johnson Building in 1929.

Donovan led the school to receive its first accreditation, with the Southern Association of Colleges and Secondary Schools in 1928, and in 1930, the General Assembly changed the normal school’s name to Eastern Kentucky State Teachers College. Student life remained fairly restricted, but by the time Donovan left Eastern to become president at the University of Kentucky, he had expanded the institution’s programs and degrees beyond its normal school origins and established a program for graduate studies in education.

William Francis O’Donnell (1941-1960) would lead the teachers college through World War II. During the war, student enrollment understandably plummeted, and according to Ellis and EKU Archivist Charles Hay, the campus remained open only by accepting a Women’s Auxiliary Corps contingent and an army specialized training unit.

Following the war, however, Richmond was soon inundated with scores of new students attending on the G.I. Bill. In 1948, the General Assembly granted Eastern the right to award non-teaching degrees, and its name was changed to Eastern Kentucky State College.

Formal student government became permanent in 1955, and the college’s football and basketball teams flourished in the Ohio Valley Conference.

In 1956, Andrew Miller became the first black student to enroll at Eastern, obtaining his master’s degree in 1958. According to Jackie Couture of EKU’s Special Collections and Archives division, Miller corresponded with President O’Donnell for several years before he was finally enrolled.

The school’s next president ushered in a new era of prosperity. As EKU professor Paul Blanchard said, “If it hadn’t been for Bob Martin, there would not be an EKU as we know it today.”

President Martin, a veteran of Kentucky politics, possessed an acumen for deal making that drove Eastern to a period of unprecedented growth during his 16-year tenure. His inaugural address called for “A Vision of Greatness,” and during the 1960s, the school’s enrollment grew from roughly 3,000 to more than 10,000.

“President Martin was a strong believer that it was the state’s responsibility to promote higher education and to spend a good deal of money,” Charles Hay said. “He felt that was the bedrock of our democracy.”

Martin was well aware of the demographic changes going on in the 1960s, as the first Baby Boomers reached college age. He made a priority of expanding access to students from the eastern counties in Kentucky, many of whom were the first in their family to attend college. The school was officially designated Eastern Kentucky University in 1966.

To accommodate these students, Martin led a sustained construction drive that resulted in what are many of the current campus’ major buildings. His ingenuity for locating financial support was evident in the construction of Eastern’s football stadium. According to Hay, Martin used a federal loophole to obtain funding by making the stadium seating the roof of a proposed classroom building.

Martin also proved to be a firm but honest negotiator with the student population during a period of heightened political unrest. He denied Gov. Louie Nunn’s offer of National Guard troops to monitor campus protests after the Kent State and Jackson State shootings in 1970 roiled the nation, and organized an all-night vigil at the Ravine before welcoming students into his office. According to EKU alumni leader Ron Griffin and Professor Aaron Thompson, who were both African-American students during Martin’s tenure, race relations were more civil in Richmond compared with other universities in the state.

“Eastern was the place African-American students wanted to come, because there was an atmosphere of welcoming,” Thompson said. “Once again, we were transitioning, so it doesn’t mean that I didn’t face racism on campus, I really did. But President Martin provided, I think, as much as anything else – he was a man of his day, no doubt – but he tried to provide something that looked beyond his day.”

Martin was succeeded by Julius Cherry Powell, who served as president of EKU from 1976 to 1984. Much of the rapid growth in both enrollment and construction ended during these lean years, as state funding decreased. Powell did make strides in faculty qualifications and academic program development, however. EKU’s programs in law enforcement and nursing both began to gain national recognition during his tenure.

The university also enjoyed its greatest era of athletic achievement during the 1970s and 1980s. Former quarterback Roy Kidd, hired by Martin as head football coach in 1964, built the EKU Colonels into a dominant Division I-AA program in his 38 seasons, winning national championships in 1979 and 1982.

By contrast, Funderburk’s successor, Robert Kustra, made major changes in the university’s administrative structure by the end of his first year. These changes, which reduced EKU’s colleges from nine to five, were made with no input from the rest of the university’s stakeholders.

According to Ellis, Kustra “had a limited political ability as far as being a university president was concerned. You have to make a lot of people happy as president. And he very quickly lost support from the board of regents.”

Kustra resigned in 2001, and President Joanna Glasser (2001-2007) also feuded with faculty during her stay before departing abruptly. Glasser did launch EKU’s first capital campaign in 2005 and had some success in getting money from an increasingly frugal General Assembly.

After roughly a decade of instability, EKU regained its mission and momentum under President Charles Douglas Whitlock (2007-2013). Whitlock, an administrator at Eastern for over 30 years, received near unanimous support when he took over.

According to former EKU professor and Comment on Kentucky host Ferrell Wellman, “Whitlock had a clear understanding of what this university had been, what it was, and what it could be. We had two presidents in a row in which there were some concerns about the dealings between the front office and the teaching rank and file, and with Doug Whitlock, those issues disappeared.”

In the last 10 years, EKU has received recognition from the likes of Forbes and U.S. News and World Report in their annual rankings, has been cited for its excellent community involvement and faculty compensation, and ranked by the Military Times Media Group as “Best for Vets” twice.

New President Michael T. Benson is poised to build on this success, announcing plans to re-envision EKU’s brand and lead a comprehensive redesign of the Richmond campus. Benson also vows to build up EKU’s athletic programs as a way to attract students, and according to several longtime faculty, has exhibited a personal energy and commitment to outreach that recalls the public relations skills of Robert Martin. 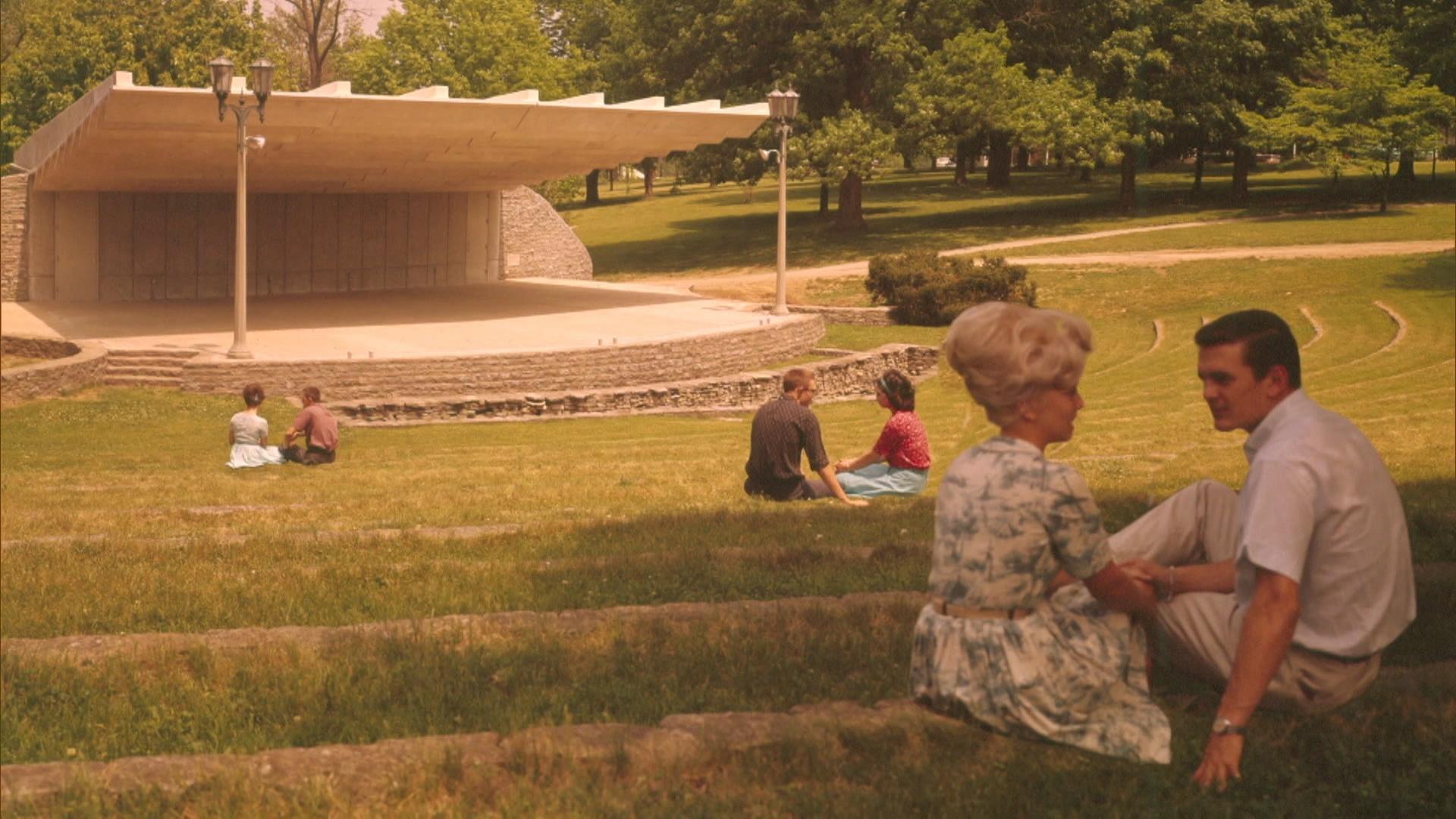