2018 State of the Commonwealth & Budget Address

Before a joint session of the Kentucky General Assembly Tuesday night, Gov. Matt Bevin outlined a state budget proposal that includes billions of dollars for the public pension systems and millions in new spending on public safety, social workers, and the opioid crisis.

Transcript of Gov. Bevin's 2018 State of the Commonwealth and Budget Speech (.pdf)

But the two-year plan that his administration will deliver to lawmakers on Wednesday also calls for the elimination of 70 state programs and general spending cuts of more than 6 percent across most state agencies.

“Never once in the history of Kentucky has the [actuarially required contribution] been fully funded for all of our pension systems – not one time, which is why we now find ourselves in the situation where they are all so severely underfunded,” Bevin said. “This year they will be funded in their entirety.”

In public safety and social services, Bevin proposed hiring 75 new prosecutors and 51 new public advocates. The state police will receive money for new cruisers and modern weapons. He also called for $34 million to fight the opioid crisis, which will include funds to treat pregnant women with an addiction.

To address the “suffocating” workload facing the state’s Department of Community Based Services, the governor promised to hire more social workers and boost DCBS staff pay between 10 and 20 percent. He also committed nearly $11 million to overhauling the state’s foster care and adoption system.

“It should not be as bureaucratic and insufferable as it is,” Bevin said.

The governor recognized a Jefferson County couple who adopted three children, but had wait more than 1,000 days for one child to clear that process.

“The idea that a couple like this, who want as desperately as they do to be part of the solution, have to wait between three and four years to even be able to [adopt a child] is a shame on us,” Bevin said.

Education and Workforce Development
Bevin pledged record spending on educating young people and preparing them to get jobs in the new economy. He said basic public school funding, called SEEK, would remain at $3,981 per pupil. While that’s not an increase over the current budget, Bevin said it’s still the most that’s ever been spent on public education in the commonwealth.

At the same time Bevin wants school districts to cut their overhead costs, including what they spend on administrative employees. He also wants local districts to contribute more to student transportation costs, and to use their reserve funds to help compensate for reductions in state support.

“There are nearly $1 billion currently being held in cash reserves by our school systems,” Bevin said. “We are going to ask these school districts to tap those reserves. This is exactly what it was intended for, for times like these.”

The governor didn’t specifically mention post-secondary education, but he said he wants all Kentucky Lottery proceeds to continue to go to funding college scholarships for state students. And he wants another $100 million in bonding to support workforce development and job training projects around the state.

Areas Targeted for Budget Cuts
Other than the specific areas that the Bevin Administration wants to maintain or increase, all other state agencies will be expected to cut their spending by an average of 6.25 percent, according to the governor.

“Nobody likes the idea of having to cut budgets,” Bevin said. “There is not enough money... We need to actually balance our budget in a way that takes care of our obligations.”

The governor also said he will not approve any funding to build new correctional facilities.

“We’re not spending any more money building prisons to warehouse people,” Bevin said. “We are going to find ways to pour into people who have screwed up, who are in prison, so that we rehabilitate and re-assimilate them and don’t have them recidivate back into the system, over and over again.”

Bevin said tax reform will happen in 2018, though he admitted lawmakers may not have the bandwidth to address it in the regular legislative session. He said reform can’t simply mean tax increases. Instead he said modernizing Kentucky’s tax codes must be done with an eye toward making the commonwealth more competitive with other states.

In all, Bevin said he is presenting lawmakers with a realistic budget.

“It’s one that we must pass and it will set us on course to get our house in order so that the future will be bright,” Bevin said.

Book Inspires Big Dreams
As he has done in his first two State of the Commonwealth addresses, the governor suggested a book for Kentuckians to read. His previous selections detailed the opioid crisis and economic challenges facing Appalachia. This year Bevin recommended “The Wright Brothers” by David McCullough. It’s a history of the Dayton, Ohio, inventors who achieved America’s first powered flights despite having no technical training and no outside funding.

“Let Kentucky aim high and disregard the ridicule, as these two brothers did,” Bevin said. “Disregard the seemingly overwhelming odds... We do have limited resources, so too did they. They were so outgunned it wasn’t even funny, but the bottom line is this: If you dream big dreams and you pursue them, and you don’t quit, what is possible is almost inconceivable.”

The governor concluded by saying that Kentucky is already leading the nation on changing Medicaid and reforming criminal justice. He said there’s no reason it can’t also be a national leader on pension reform, economic development, and job creation.

The Response from Legislators
Although lawmakers had not seen the specifics of Bevin’s proposal, Republican legislative leaders applauded the governor’s approach to crafting his spending plan.

“It’s hard to disagree with a broad-parameter speech,” Senate President Robert Stivers said. “A couple of things that I think we know we are very much for is increasing the funding for state police, dealing with issues of child-based services, [and] expediting... the adoption process. These are things that I think people do want to see.”

“We’ve faced several years now of across-the-board cuts,” Osborne said. “I think it is important as we continue to make these deep cuts that we are more thoughtful about where those can best be absorbed and where they can best be tolerated.”

House Minority Leader Rocky Adkins (D-Sandy Hook) said he believes Democrats can support more money for public protection, adoption and foster care, and addiction treatment. But he’s concerned about how the governor’s plan may chip away at education funding. For example, he said the state hasn’t increased student transportation funding for more than a decade, yet Bevin now wants local districts to take on more of that responsibility. He said support for pubic schools and higher education must remain strong so that Kentucky can continue to recruit and retain business and industry to the commonwealth.

Adkins also reiterated his call for lawmakers to tackle the budget as well as pension and tax reform simultaneously. But he warned Republicans not to try put the burden of funding the government on low-income Kentuckians.

“If we’re talking about a shift in taxes from those most able to pay to those least able to pay, we’re going to fight that,” Adkins said.

The House budget committee is already working to craft its spending plan, according to Osborne. Now that Republicans control both legislative chambers, Stivers said he believes lawmakers will pass a new budget much earlier than they have in previous years. 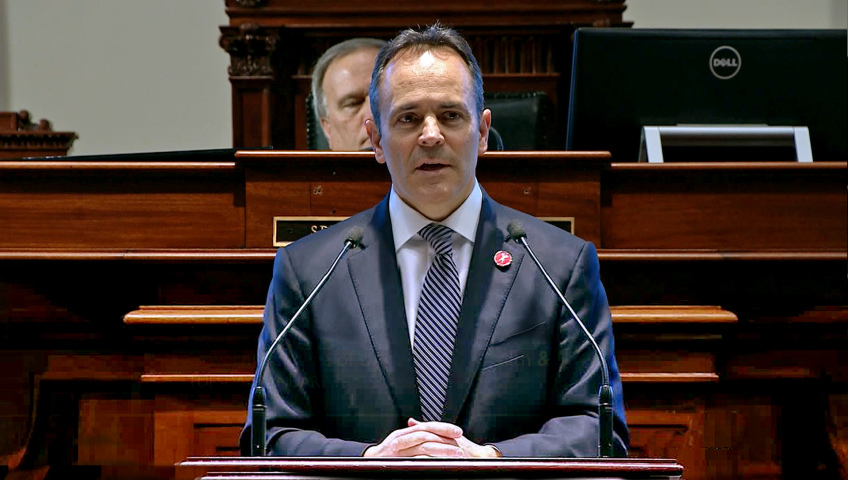 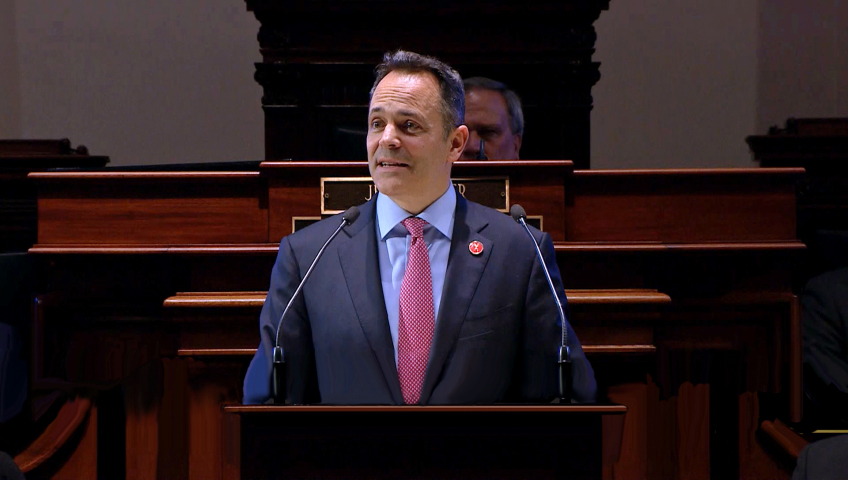 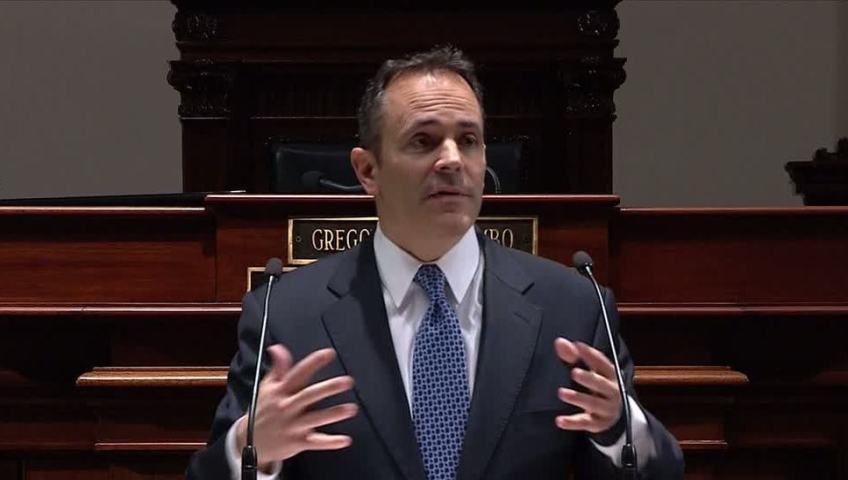 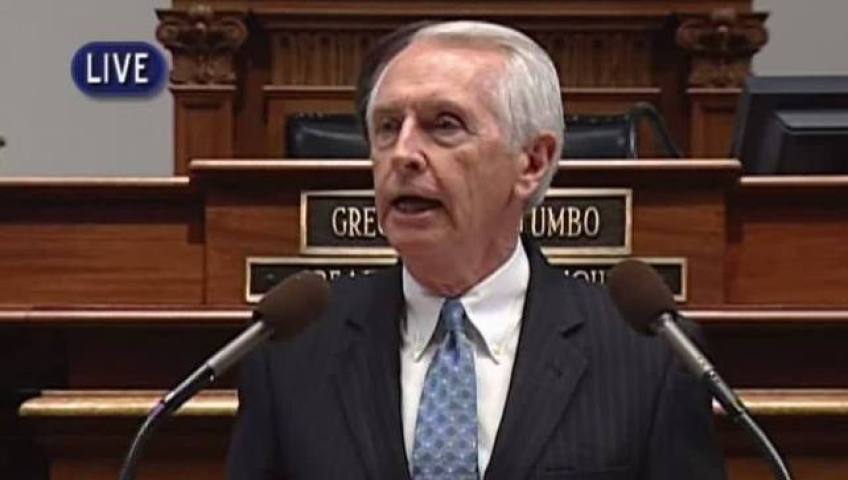 About Governor's State of the Commonwealth Address

Related to Governor's State of the Commonwealth Address