Some number one rankings you just don’t want. For example, Kentucky has led the nation for years in the incidence of lung cancer and deaths resulting from the disease.

The commonwealth also ranks at or near the top in cancers of the colon, kidneys, brain, and cervix.

As part of a special week of programming about cancer in April 2015, a panel of experts appeared on a live edition of Health Three60 to discuss the latest in cancer prevention, screening, and treatment, and to take questions from viewers. Here are five takeaways from the discussion.

1) If you smoke, stop. If you don’t smoke, don’t start.
Although tobacco is still deeply embedded in the culture of Kentucky, smoking and second-hand smoke are leading causes of lung cancer, according to Dr. Patrick Williams, medical director at Norton Cancer Institute in Louisville. He says they can also contribute to bladder, renal, pancreatic, and esophageal cancers.

“If you really wanted to diminish the amount of treatable cancers in Kentucky, you’d really have to put a stake in the heart of tobacco abuse,” Williams says.

University of Kentucky lung cancer specialist Dr. Timothy Mullet adds that electronic cigarettes don’t appear to be a viable alternative to tobacco use. He says data indicate that smokers who try e-cigarettes often return to conventional cigarettes or take up tobacco use if they didn’t previously smoke.

2) Get screened for cancer, especially if you have a family history of the disease.
A key strategy among doctors and public health officials is to use screening and diagnostic tests to catch cancer while it may still be treatable.

“We’re trying to find cancer cells at the earliest stage, at the tiniest stage,” says Dr. Connie Gayle White of the Kentucky Health Department. “Or in situations such as cervical or colon cancer, we’re trying to find the pre-cancerous cell that can we can remove so that a cancer doesn’t develop in that spot.”

The panelists on the program offer these screening guidelines for several cancers:

The panel says doctors may suggest starting screenings at an earlier age if there is a history of that particular type of cancer in the patient’s family.

3) Explore new therapies and clinical trials.
Instead of simply blasting a tumor or cancer cells with radiation or chemotherapy, researchers are now developing treatments that employ highly focused genomic and immunotherapies.

“I like to call this the golden age of molecular oncology because we have gone from what I would call the hammer of chemotherapy to more targeted therapy,” says Dr. Williams of the Norton Cancer Institute. “It’s revving up the immune system and aiming it at a cancer.”

He describes a scenario where a treatment team may use the patient’s own immune response coupled with surgery or radiation to turn cancer into a chronic or even cured disease. The panel also notes that numerous clinical trials for new cancer treatments are underway in the commonwealth. Williams says the cancer.gov website has a database where patients can find nearby clinical trials based on their zip code.

But Dr. Whitney Jones, a gastroenterologist and founder of the Colon Cancer Prevention Project in Louisville, cautions against too much emphasis on technological approaches to cancer.

“I like to say we have an addiction to cancer treatment and high technology,” says Jones. “But we really need to become addicted to prevention and early detection, which is really what saves lives and saves money across the commonwealth.”

4) Patients in rural Kentucky face additional hurdles.
“A patient that lives in a rural area that is given a diagnosis of cancer, it’s like a death sentence sometimes,” says Fran Feltner, director of the University of Kentucky Center for Excellence in Rural Health. In addition to issues of access to screening, diagnosis, and treatment options, Feltner says many rural patients face another complication.

She encourages rural Kentuckians to use the assistance of community health workers and patient navigators available through her center’s Kentucky Homeplace program. The panel also suggests the state-funded Kentucky Cancer Program as well as the American Cancer Society’s Hope Lodge in Lexington as good sources for rural patient assistance and information.

5) Ask questions and get answers.
Dr. Timothy Mullet has seen cancer from both sides of the fence, as a lung cancer specialist with University of Kentucky HealthCare and as a survivor of liver cancer.

“I couldn’t get enough information fast enough,” Mullett says of what he experienced during his own diagnosis and treatment. “It really helped me to understand that these patients have this sense of urgency” to get answers about their condition.

Mullet recommends the website of the National Comprehensive Cancer Network as a good source for patient information. The panel also recommends online resources available from the National Cancer Institute. And they encourage dogged persistence when patients talk with their doctors.

“I think the first thing to do to get straight answers is to ask straight questions,” says Dr. Donald Miller, director of the KentuckyOne Health James Graham Brown Cancer Center at the University of Louisville.

“It’s very important for cancer patients and their families to be very, very comfortable asking difficult questions and asking them over and over again until we give them straight answers,” Miller suggests. 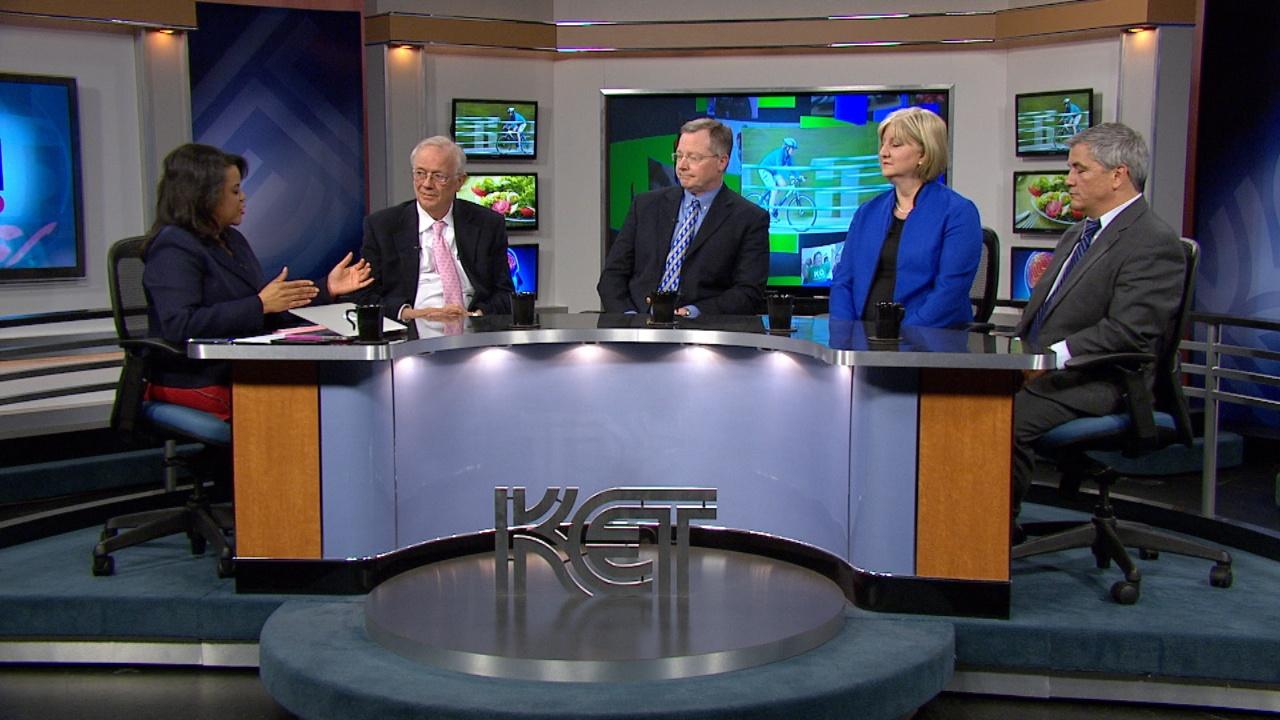