Kentucky has the second highest smoking rate in the entire country. This episode looks at the policies, programs and community solutions needed to reduce dependence on tobacco and create a healthier Kentucky.
Season 5 Episode 2 Length 57:12 Premiere: 10/18/15

A tobacco barn in Magoffin County near the Mountain Parkway displays what once would have been an unlikely message for any rural Kentucky community: “Quit Now Kentucky. For help quitting smoking, 1-800-quit-now, www.quitnowkentucky.org.”

Farm owner Sheila Salyer acknowledges the irony. “Its history has been raising tobacco,” she said.

On KET’s Health Three60: Clearing the Smoke, Abbie Conley, tobacco coordinator for the Magoffin County Health Department, recalled how tobacco production brought farm families together. Smoking is still culturally acceptable here. “A lot of parents feel like, well, it’s not as bad as drug use, not as bad as alcohol,” she said. “I’ve even heard of parents buying cigarettes for their kids.”

Many recognize, however, that smoking has taken a toll on the community. “I’ve lost a lot of people I know to smoking, to lung cancer,” Salyer said.

Conley wanted to raise awareness of the 800-Quit-Now number with a message on a well-traveled road: the Mountain Parkway.

Salyer recalled her surprise. “I was approached by the health department, wanting me to put that on my barn, and I was like—what?! What?!” she said. “And they said it’d be the perfect place, right off the Mountain Parkway, and they told me what it would symbolize. And I said, ok, sure.”

Kelli Hatfield, the artist who painted the project, believes that when smokers come to realize they want to quit, they’ll remember the message on the barn.

“Fifty years ago, when all the Mail Pouch tobacco barns were everywhere, people didn’t understand what that did to their health,” Hatfield said. “Now we have resources available.”

A total of 26 percent of Kentucky’s adult population are smokers, according to Dr. Stephanie Mayfield, Kentucky’s commissioner for public health. The national average is 19 percent.

Dr. Chizimuzo Okoli, director of the Division of Tobacco Treatment and Prevention at the University of Kentucky, says it’s important to remember that smoking is a chronic, addictive disorder, with frequent relapses. Even so, 70 percent of smokers want to quit, he said.

Typically, up to 70 percent of women smokers who find out they are pregnant quit smoking because of the pregnancy, Okoli said. Some studies have found pregnant women who continue to smoke sometimes have mental illness or addictive disorders, he said.

“Those with pre-existing behavior health and mental health disorders, we find that smoking rates can be as high as 50 percent compared to our general population,” Mayfield said.

Ashli Watts, director of public affairs for the Kentucky Chamber of Commerce, said the chamber believes smoking is bankrupting the state. “When we have the unhealthiest work force in the nation, that is an economic development issue,” she said.

Taxpayers spent almost $600 million in Medicaid for smoking related illness last year, she said. “We can simply no longer afford to ignore this,” she said.

That’s why the chamber advocates for smoke-free legislation.

How to Quit
Audrey Darville, certified tobacco treatment specialist with UK HealthCare, said most smokers try to quit cold turkey. However, only 3 to 5 out of 100 people will succeed that way, she said.

“But we also know that if people engage in cessation counseling and tobacco cessation medications, that those rates jump significantly — anywhere from 40 to 60 percent of [those] people who try to quit are successful,” said Darville.

Some people are more addicted to tobacco than others, said Bobbye Gray, tobacco cessation administrator for the Kentucky Department of Public Health. “Especially young people …They’re more sensitive to nicotine and therefore more susceptible to addiction,” she said.

The Kentucky Quit Line is free for everyone 15 and older. Those without insurance can enroll in smoking cessation coaching through the Quit Line and receive three weeks of nicotine replacement products free of charge, Gray said. Smoking cessation programs are also offered at local health departments.

At Tates Creek High School in Lexington, students in Teens Against Tobacco Use visit elementary and middle schools and talk to kids about the importance of not smoking.

Cyndi Steele of the Bourbon County Health Department also emphasizes to students the other negative consequences of smoking, like the money spent and the bad odors. “I say, ‘oh, you don’t know about the big stink-O.”

“You have reduced lung growth. The lung is kind of like the brain –the lung keeps maturing and growing until the age of 25. So if you are a smoker, your lungs don’t grow to their full capacity, and they don’t work as well as they would for a non-smoker.”

About 18 percent of high school students in Kentucky smoke. However, e-cigarette use is now 24 percent, Hoagland said.

“You hear the industry use the term ‘water vapor.’ But the fact is, it isn’t water vapor when you’re using an e-cigarette. It’s an aerosol. And these are completely unregulated products. We don’t know exactly what is in them.”
She said e-cigarettes contain nicotine and sometimes formaldehyde, in addition to ultra-fine particles that cause lung damage and some flavorings, like diacetyl used in microwave popcorn, which are not safe to breathe.

At Bourbon County High School, Kiser said students went to staff and the school board to inform them about e-cigarette use and have it included in the tobacco-free policy at schools.

“The students were not willing to tolerate the vapor from the second-hand smoke,” Steele said.

Hoagland said a statewide smoke-free law would have the biggest impact on reducing teen smoking, as do smoke-free schools. “We see a 30 percent reduction in youth smoking with tobacco-free schools,” said Hoagland. “So every school district should have one.” 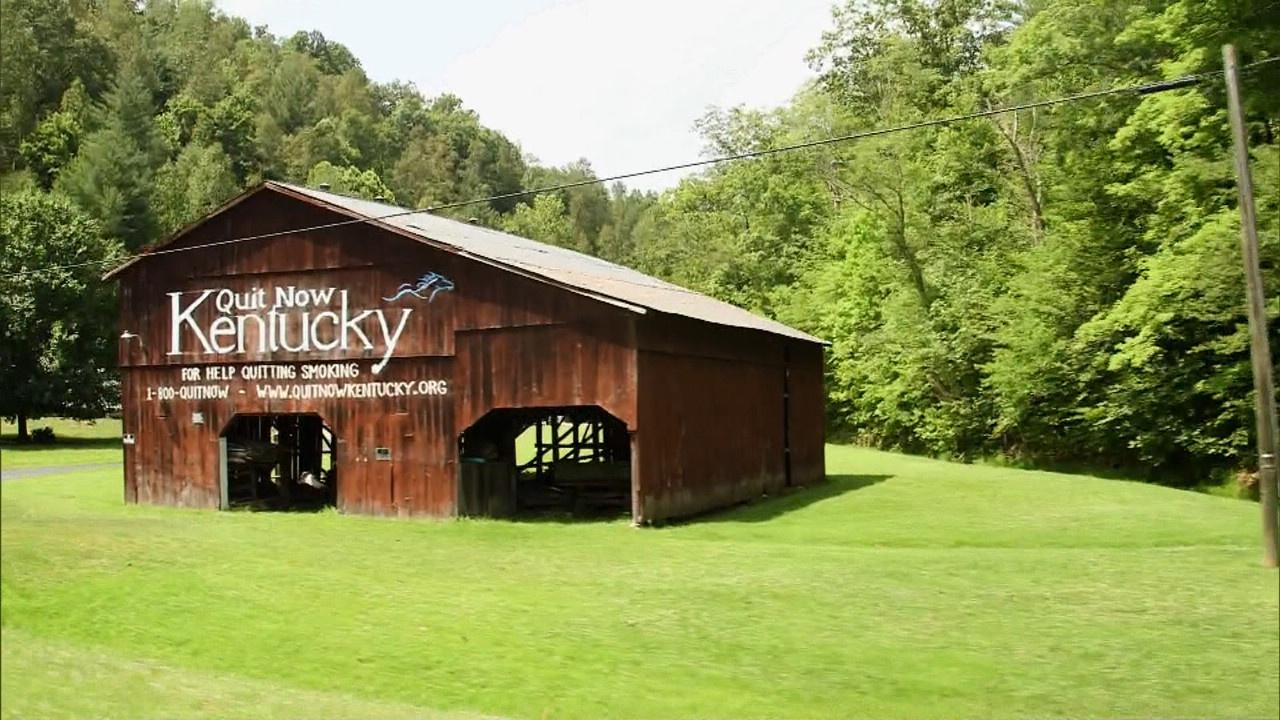