Bullying has become a serious concern in school districts across the state and in the nation. Host Renee Shaw and guests explore the impact of bullying on students today, the role of bystander intervention, and how schools are implementing anti-bullying programs.
Season 3 Episode 1 Length 56:43 Premiere: 08/13/13

In previous generations, bullying and the cruelty of children were considered an unfortunate but inevitable part of school and youth culture. Now, schools, parents, psychologists, non-profits, and government institutions work to create a new culture of compassion and respect.

According to stopbullying.gov, 28 percent of U.S. students in grades 6–12 have experienced bullying.

What is the difference between normal conflict and bullying?

“A sharp tongue. A threat. Intimidation. Bullying is defined as an aggressive act with an intent to do harm,” said Christopher K. Peters, M.D., director of the Child and Adolescent Psychiatry Residency Training Center at the University of Louisville School of Medicine. “It’s repetitive. So it’s an action that occurs many times. And there’s typically talk about a power imbalance within that relationship.”

Bullying can be verbal, physical, emotional, or cyber abuse. “It can be isolation, leaving someone out of a crowd,” said Karen McCuiston, director of the resource center at the Kentucky Center for School Safety.

How frequent is bullying? A large study found that about 49 percent of children in grades 4–12 reported being bullied by other students at school at least once during the past month, whereas 30.8 percent reported bullying others during that time, according to stopbullying.gov.

McCuiston said the focus is on the conduct and intervention, not the label of bully. “They have to pay the consequences,” she said. “But we don’t just  drop it there. We have to get them into programs.” The Kentucky Center for School Safety lists a number of bullying prevention and intervention resources on its website.

The target of bullying may be depressed, anxious, and avoid school. The depression may extend into adulthood. “It’s not something that goes away because you graduate,” Peters said. “These experiences shape … further struggles down the road.”

A New Culture of Respect

Susan Guess of Paducah and her daughter Morgan became citizen leaders in the anti-bullying movement in Kentucky after Morgan was bullied at school. They established a foundation and started a Facebook page called “Paducah Kids for Kindness,” so kids can post kind comments about each other.

“How can we not fight against violence and disrespect among our youth? I see the battle against bullying as a serious issue with regard to family values and the culture we are creating for the future of our children,” Guess said.

Guess says parents must talk to their children, who may be reluctant to speak up without prompting. “Morgan is a sure sign it will get better if you ask for help,” she said.

The missing link, according to Guess, is getting kids themselves to step up and become “upstanders” instead of passive bystanders to bullying.

One Green Dot at a Time

A 2001 study cited by stopbullying.gov found that when bystanders intervene, bullying stops within 10 seconds 57 percent of the time.

The Green Dot, etc., program, created by Dorothy Edwards, Ph.D., teaches bystanders how to identify situations that could lead to an act of violence (represented on incident maps by a red dot) and shows them how to intervene safely and effectively. A “green dot” represents “any behavior‚ choice‚ word‚ or attitude that promotes safety for all our citizens and communicates utter intolerance for violence,” Edwards said.

The visual metaphor of green dots, Edwards says, allows people to see that they can make a difference through individual, small acts – the green dots. Solutions range from creating a distraction to simply telling an adult what is happening. The idea, Edwards says, is to match the green dot to what the child or teenager is developmentally capable of doing.

“The solutions we are giving them actually really match the capacity for what they can do,” she said.

The local Girl Scouts program has adapted the Green Dot program for girls in kindergarten through third grade.

While Edwards doesn’t expect bullying to go away completely, she believes it can be reduced. “Our current rates are the best we can do? That’s what I don’t accept,” she says. 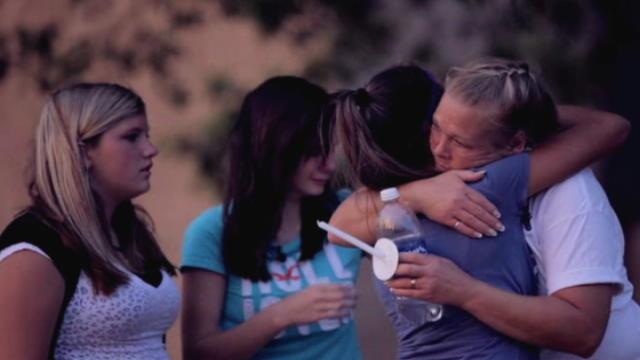