In Paducah, a physician, a police officer and a young person who is recovering from opioid addiction team up to educate students in area schools about the dangers of drug use.

Planting the Seeds of Prevention in Paducah

Matt Lacefield began using Oxycontin in his early teens and had overdosed several times by the time he was 15. The Western Kentucky teen cycled in and out of rehab facilities and jail but kept spiraling downward until he nearly died after a binge of pills and alcohol. He woke up in the hospital with tubes down his throat as the medical staff pumped out the vomit he aspirated into his lungs.

“I was 22 years old. I’d hit a bottom, finally. I’d gotten an eight-year charge, another two years on top of that,” he said. “They gave me one more option – come to rehab one more time, and I didn’t want to do this anymore. I don’t want to die, I don’t want to spend the rest of my life in jail.”

That decision set Matt Lacefield on a far different path. Two years later, he is a counselor with Centerpoint Recovery Center for Men in Paducah, and has teamed up with retired cardiologist Dr. Patrick Withrow and Capt. Anthony Copeland of the Paducah Police Department to tour the region’s high schools and educate youth about the dangers of substance use disorder and about how to get help.

As part of KET’s Inside Opioid Addiction initiative, funded in part by the Foundation for a Healthy Kentucky, a production team followed Matt, Dr. Withrow, and Capt. Copeland as they spoke at Graves Co. High School and learned more about their outreach mission.

Dr. Withrow was involved in health education during his years as a cardiologist, talking with schoolchildren about obesity and healthy eating and exercise habits, and he felt a calling to do the same when the abuse of opioids, methamphetamine, and other drugs became a nationwide scourge. Now the Director of Outreach for Baptist Health Paducah, Dr. Withrow was initially asked to speak at McCraken Co. High School after four students were caught in the parking lot smoking marijuana. That led to more engagements, and according to Withrow, he, Capt. Copeland, and Matt Lacefield have talked to approximately 2,000 teens in Western Kentucky over the last half of 2016.

Their presentation at Graves Co. High School covers all bases. “We come from three different angles to try and reinforce each other’s message,” Withrow says.

Lacefield offers his own experiences to an audience whose members are close to his age, recalling his tumultuous teenage years and stressing that he and other mentors are always available to offer support to any teen who is considering using substances to escape their personal problems.

Copeland, who moved to the area about 12 years ago, explains how substance use disorder leads to incarceration, or worse. “This is where I feel we can make the greatest impact in our community, long-term, is if we can partner with these kids, and we can provide that positive influence, we can provide good information, and try to link that up with experience,” he says.

Withrow calls on his professional knowledge to support a very effective medical presentation of how substances can alter brain development and function. “I basically have a series of MRI scans. These are of normal brains, but they demonstrate how maturity evolves in a normal brain,” he says. “The first one is five years old, then seven, then 10, 14, and 20. And basically what it shows is, with maturation, the color of this MRI scan turns blue… and the last portion to mature is the frontal lobe area, and that’s were judgment is. And so this is a very graphic way to demonstrate to kids that they do not have a mature brain.”

More than two years after choosing recovery, Lacefield is back in school and managing the responsibilities of young adulthood. He’s also found a new life’s calling: to tell his story and provide the support and encouragement that helped him overcome addiction to young people in need.

About Journey to Recovery

An in-depth examination of the opioid epidemic in Kentucky and across the country. This explores the treatment options available to those battling the disease of addiction. Grammy-winning recording artist and Kentucky native Sturgill Simpson narrates. Part of KET's ongoing Inside Opioid Addiction initiative funded in part by the Foundation for a Healthy Kentucky.

An in-depth examination of the opioid epidemic in Kentucky and across the country. This program explores the treatment options available to those battling the disease of addiction. Grammy-winning recording artist and Kentucky native Sturgill Simpson narrates. Part of KET's ongoing Inside Opioid Addiction initiative funded in part by the Foundation for a Healthy Kentucky.

Related to Journey to Recovery 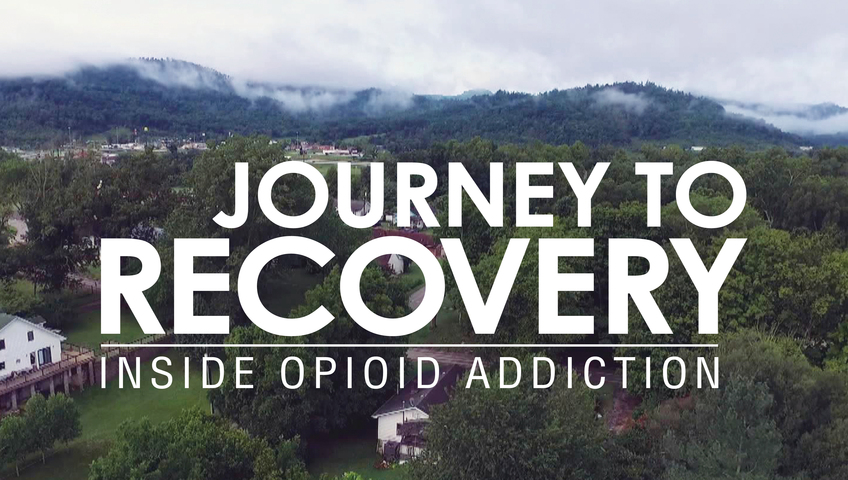