Traditional bluegrass quintet Kentucky Blue knows a thing or two about show business. For over 20 years this Central Kentucky outfit has been keeping audiences entertained with their topnotch harmonies, pristine instrumentation, and vintage bluegrass sound.

Or maybe keeping audiences in stitches is a more apt description – alongside traditional bluegrass and gospel songs, the band peppers their own brand of comic relief into set lists with tongue-in-cheek ditties.

Hailing from London, Kentucky, Laurel River Line, originally known as The Gospel Tradition when they played locally throughout their community, has been playing soulful, authentic bluegrass music since they first started in 2007.

The band released their debut album, “Ridin’ the Line,” in 2012, from which several songs are on display at their performance here at the 2013 Festival of the Bluegrass at the Kentucky Horse Park. 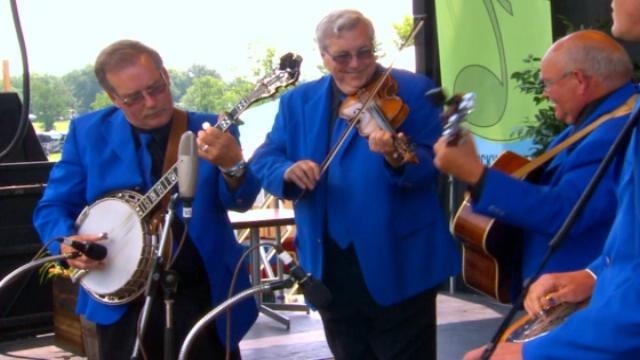