Thoracic surgery is surgery performed on organs in the chest not including the heart, particularly the lungs. It is performed often in Kentucky due to the high incidence of smoking-related lung diseases, such as lung cancer and chronic obstructive pulmonary disease (COPD). Adult smoking rates in Kentucky have decreased along with those nationwide over the past 50 years, but they still remain substantially higher than the national rate – roughly 25 percent compared with 15 percent in the U.S. overall.

Thoracic surgeons must master both advanced operating techniques as well as detailed understanding of a myriad of lung diseases, and be the lead members of a team that provides comprehensive care for patients who may face significant challenges in post-op recovery. In this episode of Kentucky Health, host Dr. Wayne Tuckson welcomes a thoracic surgeon from greater Louisville as well as a state representative from Louisville who shadowed the surgeon during a typical day at the operating room to learn more about his job and lung disease in Kentucky.

Dr. Michael Bousamra is head of thoracic surgery at Baptist Health Floyd in New Albany, Ind., across the Ohio River from Louisville. McKenzie Cantrell was elected to the Kentucky legislature in 2016. The Democrat represents southwestern Jefferson Co. and is an attorney. She shadowed Dr. Bousamra as part of the Greater Louisville Medical Society’s “Wear the White Coat” program.

“I really wanted to see not just what it’s like every day working as a physician,” Cantrell says, “but also really get inside and see what are some of these bigger picture ideas that we might be working on in Frankfort, how they are going to impact this hospital that I was walking into.”

The commonwealth has cut into its historically high smoking rates ever since the harmful effects of smoking became well-known among the public about a half-century ago. “I think we’re approximately at 25 percent of the adult population that currently smokes in Kentucky,” says Bousamra. “That’s tremendous progress from the 40 percent that it was in the 1960s.”

Still, Kentucky leads the nation in lung cancer incidence at 91 cases per 100,000 people, and in lung cancer deaths at 67 per 100,000 people. Cantrell says that she is optimistic that the Kentucky legislature, which has through the years been very resistant to passing any new laws that would affect tobacco crop production, may finally be changing its position. She notes that during the 2017 short General Assembly session, Kentucky passed a law that mandated insurance companies and Medicaid to cover the seven tobacco cessation medications approved by the federal Food and Drug Administration, as well as three counseling options.

“In terms of what’s in store for us in the future, I think there are a couple of things on the table,” Cantrell says. She believes that legislation increasing the state tax on a pack of cigarettes will get bipartisan support in the 2018 General Assembly, both as a means to reduce tobacco use and to raise money for Kentucky’s financially troubled public pension funds. She also says that a bill introduced but not passed in 2017 that would ban smoking on public school premises may be revived in an altered form.

“We had some logistics to work around [last session],” Cantrell says. “I’m an employment attorney, and smoking is a protected class in Kentucky, just like race and sex. You can’t be discriminated against in the workplace if you’re a smoker, so that’s something you have to work around when you have employees in a school but you also have students that you’re trying to protect from secondhand smoke as well.”

“I think the most effective way to have people not smoke is to raise the cost of smoking,” Bousamra says. “Cigarette taxation is the most effective way to reduce smoking prevalence. And it’s fair, because the tax on a pack of cigarettes would have to be $5 per pack in order to fully compensate society for the costs associated with smoking. No one’s looking at a $5 tax on a pack of cigarettes in Kentucky, so anything that’s substantial would decrease the prevalence – and most importantly, decrease the prevalence of young kids starting smoking. They’re very cost-dependent.”

Other than reducing smoking rates, improving screening for lung cancer offers the best hope for lowering incidence and mortality rates, according to Bousamra. He mentions a large study conducted in the 2000s and published in the New England Journal of Medicine which presented encouraging new research on lung cancer screening.

Navigating a Typical Treatment Path – Diagnosis, Surgery, Recovery
Patients seeing Bousamra will typically present after having a CT scan, which may be ordered after they have complaints of chest pain or a persistent cough. If a spot on the lung is detected on the scan, Bousamra says there are several options for the next step. If the spot is small and there are no other indicators of cancer, he will order a repeat CT scan a few months later. If, however, the spot is biopsied and reveals cancer or “lights up” on a PET scan – a cancer scan of the entire body – then surgery will be recommended.

Bousamra says that some patients with lung cancer and who are smokers have lungs so deteriorated that surgery cannot be performed. “One of the things that we routinely do is assess a person’s ability to undergo a lung resection,” he says. “We can get pulmonary function tests, exercise testing, and those are relatively reliable methods of determining whether or not someone can withstand having a portion of their lung removed.”

With KET’s cameras following along, Cantrell shadows Bousamra and his team as they operate on a patient who has a tumor in the upper lobe of the left lung, which is collapsed during the procedure. Bousamra performs laparoscopic surgery and cleanly removes the tumor, which is then placed in a container for further testing. During the operation, Bousamra and his surgical team (and Cantrell) view the surgery up close via the laparoscope’s camera inside the lung. Bousamra seals the incision with a stapling tool – no stitches are required.

Bousamra and Cantrell stop by the radiologist’s room to examine the tumor. This particular tumor turned out to be a lymphoma rather than lung cancer, which generally speaking is good for the patient. Bousamra was able to extract it fully, and cancer was not found in any other area. “If it were a lung cancer, the standard operation would have been to take out the whole left upper lobe and all the lymph nodes that you could find out around it,” Bousamra says.

Nowadays, most of the operations Bousamra performs are minimally invasive, with incisions of two to three inches. This cuts down recovery time substantially for patients. Many are placed in the ICU (intensive care unit) after surgery, but rarely are in critical condition and are there for monitoring purposes. For most patients, Bousamra says that having a chest tube inserted during recovery to remove excess fluid and air in the lungs is one of the most painful parts of the entire experience.

“Everybody looks forward to having the tube removed,” he says. “And it feels like progress. You know, it feels like victory when the tubes are coming out and you’re feeling better and you’re starting to be able to walk around without discomfort.”

Bousamra and Cantrell visit several patients in recovery, and afterwards, Cantrell reflects on how much she learned by spending a day with Bousamra at Baptist Floyd. She commends the surgical team’s professionalism and focus, and says that, “everybody had a role, everyone knew what they were doing, everything really worked in sync. And so it was really neat to watch people practicing their trade.” 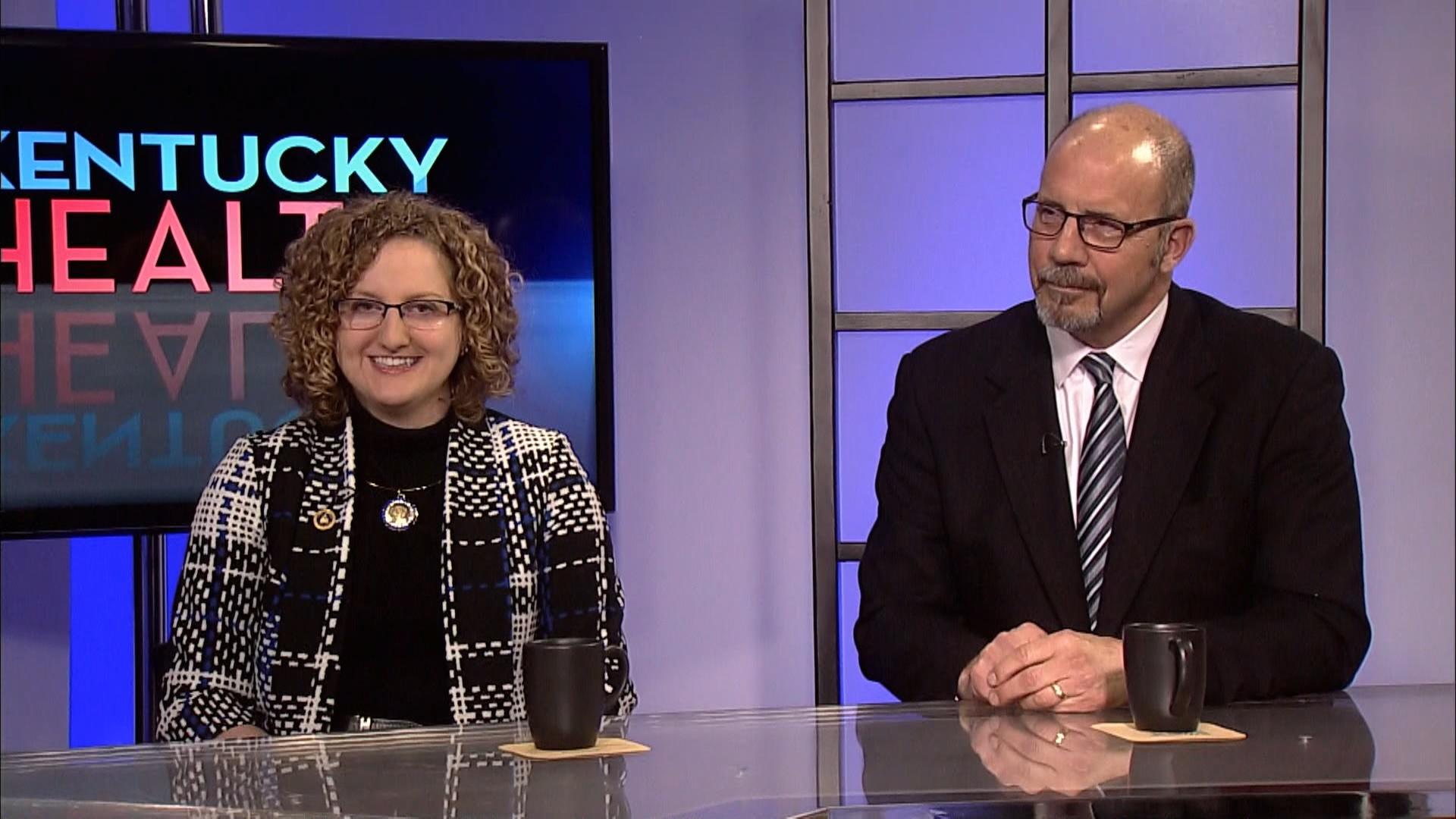