Meeting a Growing Need for Substance Abuse Treatment in the Commonwealth

Here are key takeaways from an episode of Kentucky Health focusing on the treatment of substance use disorder during the COVID-19 pandemic. Dr. Wayne Tuckson welcomed Matt Brown, senior vice president of administration at Addiction Recovery Care, an addiction recovery provider that services 17 counties in Kentucky.

A Personal Struggle Leads to a Life Calling

Evolving knowledge about the biological process of addiction has led specialists such as Brown and his colleagues at Addiction Recovery Care (ARC) to adopt the term substance use disorder to more accurately describe the condition, although addiction is still commonly used. Brown says that people who are treating their substance use disorder and moving toward a normal physical and mental state are said to be in recovery.

Social stigma toward those with substance use disorder still exists, Brown says, even though the opioid epidemic has reached all walks of life. When the COVID-19 pandemic began, Brown noticed that some people in Louisa, Ky., where ARC is headquartered, expressed concern that its clients would be living together for long periods of time during quarantine, fearing that such isolation would naturally lead to a relapse in substance use. “There’s been tremendous strides made over the last decade, but there’s still a long way to go,” he says.

Brown knows about struggling with substance use disorder from his own experience. He says he came from a stable family; his father was a coal miner and his mother worked in the public school system. “I grew up being taught right from wrong and did well in school – I was valedictorian in my senior class,” he says. “I began experimenting with drugs due to a lack of identity and to peer pressure during my senior year, and I was immediately psychologically addicted at my first use. The switch never flipped back off until I went to treatment 18 years later.”

Years passed and Brown received degrees from Morehead State University and the University of Kentucky, but his substance use continued. After he started his career as physical therapist, earning more income only made his condition worse. “For the next decade, roughly, I would have periods where I could function but maybe not so well, but then other periods where I was non-functional,” he reflects. “And finally after that 18-year battle crashed my life for probably the sixth or seventh time, honestly, I ended up in treatment at Addiction Recovery Care.”

Addiction “literally affects everyone,” Brown says. “It doesn’t matter your gender, your race, your education level, your socioeconomic status, whether your family unit was together or not growing up – it affects everyone, it knows no boundaries.”

During the final years of Brown’s struggle with substance use disorder, he says that there were times he felt helpless. “There wasn’t really a clear picture of what you do when someone you love is suffering from this disease,” he says. “Where do you send them, who do you call, and what happens?”

Brown sought help at ARC, and the experience changed his life for the better in many ways, including setting him on a new career path by working as a counselor.

“I struggled in silence for nearly two decades and had no clue what to do and thought it was just me,” he says. “The fact of the matter is, no one was talking about it and everybody was sweeping it under the rug, so I just want people to know that help and hope are available.”

How Organizations Such as Addiction Recovery Care Can Help

Brown says that ARC and other recovery organizations like it work with their clients’ families as well as the individuals themselves. It’s important for family members to set boundaries around how they will help their loved ones as they strive to achieve recovery, and be clear about what they won’t do – give them money, for example. He says that one important step that helped him finally seek out assistance happened when his parents told him that they would not financially support him anymore when he got in a bind due to his substance use habit.

“The beautiful thing in Kentucky today is that there are a lot less barriers (to getting help for addiction) than there were even five or six years ago,” Brown says. Back in 2010, recovery services were only available in cities such as Louisville and a few rural areas. But in 2014, Kentucky expanded Medicaid, and that included a comprehensive benefit for people who had substance use disorder.

“That allowed addiction treatment to enter the health care system,” Brown explains. “It was really the state of Kentucky signaling that addiction is a disease. It’s not just a moral failure, but it belongs inside of our health care economy.” Subsequently, providers such as ARC expanded to offer services to more communities, a trend that is continuing into the 2020s.

ARC started as a single residence-based facility for women in 2010 and relied on donations and volunteers until 2014 and the expansion of Medicaid in Kentucky, when it started taking insurance. It is heavily concentrated in eastern Kentucky and the Appalachian region, which has been severely affected by the opioid epidemic for over 20 years, but recently expanded to central Kentucky by opening a facility in Springfield, about an hour southeast of Louisville.

During the past 10 months as the COVID-19 pandemic has swept across the nation, Brown says that the need for ARC’s services has increased but that the number of people seeking out help has decreased. He says that’s due to less activity in the court systems, jails releasing non-violent drug offenders to help reduce overcrowding, and people staying at home and quarantining. No one is forced to stay at any of ARC’s facilities, Brown says, even if they are assigned there by a court order.

“Recovery is a process – it’s a journey, not a destination,” Brown says. He explains that ARC has a four-phase continuum of care that allows clients to learn about their own personal substance use disorder, learn skills that will help them achieve recovery, and then practice those skills inside the facility with the goal of taking them outside and using them in society. “Our goal has been to develop out a career pathway for people, so they can not only barely eke by in life, but really flourish,” he says.

Phase 1 lasts four to six weeks and focuses on withdrawal management, education, and securing a stable environment to pursue recovery. The clients also receive a thorough medical assessment and are paired with a counselor who either has been through or is going through the program for support. Clients at ARC who were using opioids may use medically assisted treatment (MAT) via drugs such as buprenorphine and Vivitrol (naltrexone) to help them transition into recovery.

Phase 2 averages six to eight weeks and during this time, patients learn more recovery skills and meet with a case manager. Life skills such as managing rent, choosing a job, and family relations are emphasized.

Phase 3 is called “recovery in action,” says Brown. It lasts eight weeks, and clients continue to prepare for life after treatment. It also re-directs a client’s focus from inward to outward. “You are learning to give back,” Brown explains. “Addiction is a disease of complete isolation and selfishness. In order to help people walk out of that selfishness, we have programs in place to help them give back to others… They’re using the knowledge they’ve learned in Phases 1 and 2 to give back in Phase 3.”

Phase 4 is an internship program that lasts until the client achieves one year in recovery. It concentrates on specialized job training and continues to build on the goals of giving back and offering peer support.

“Our goal for people is, you were made on purpose, you have a purpose, so let’s help you find it so you can walk out of addiction,” Brown says.

Those who’ve gone through the program should be well equipped to learn about their triggers for relapse and also have a support system in place to help them handle any setbacks, Brown says. “We know that many people are going to take more than one time around our program in order to get better,” he explains. Brown’s own mentor when he was undergoing treatment went through different programs 13 times, and is now ARC’s supervisor of training.

One key pillar of the ARC model is helping clients find employment once they exit the program. Brown says that the Kentucky Chamber of Commerce has assisted ARC with this task as a supporter of second-chance employment, and he notes that a large percentage of the ARC staff is comprised of persons who’ve been through the program such as himself.

Over the Counter Meds: What's Safe and Are They Effective? 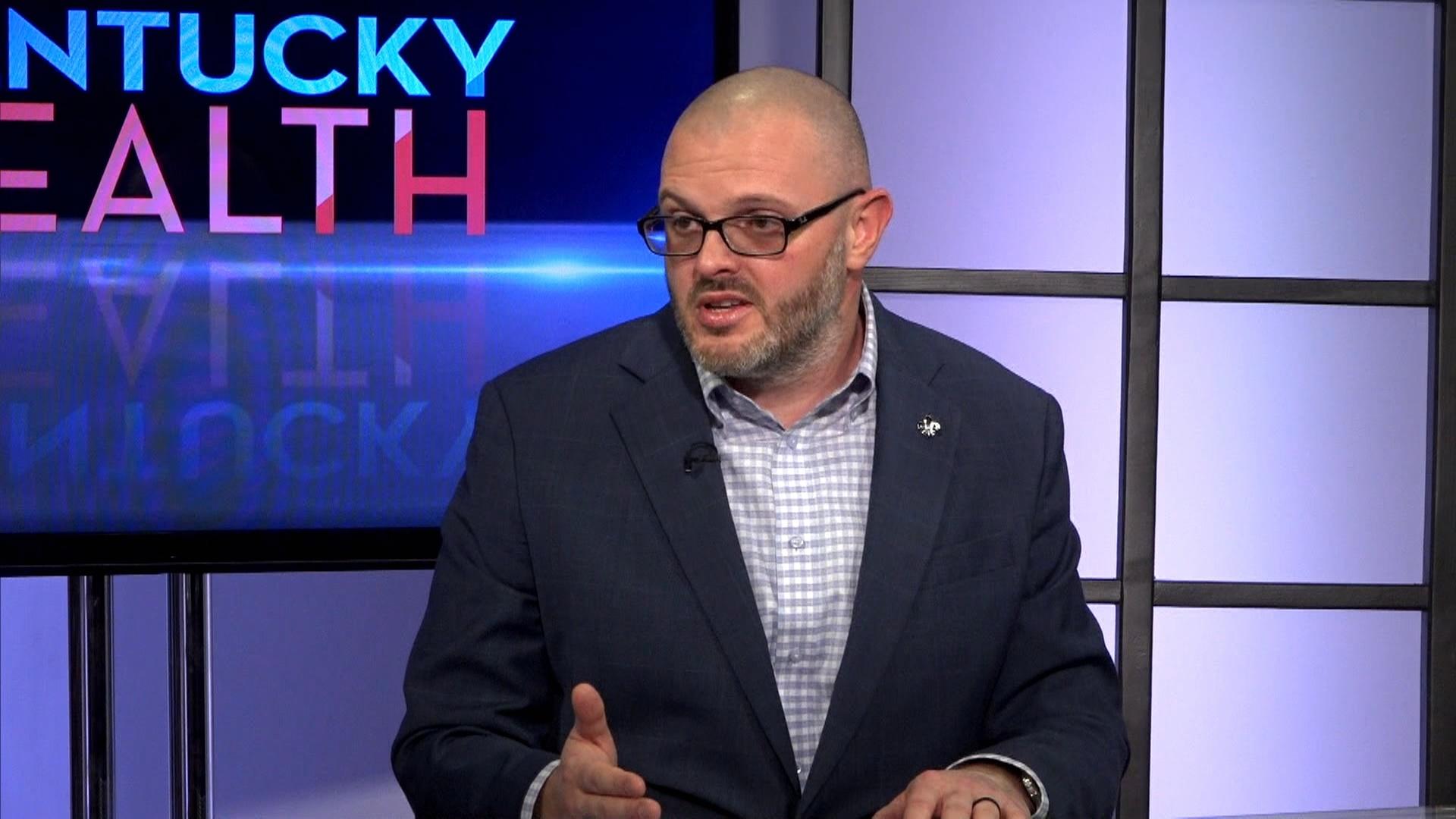