Legalized discrimination limited the health care available to the state’s African-American population during the Reconstruction era and well into the 20th century. That discrimination was particularly evident in Kentucky’s largest city, Louisville,

In this episode of Kentucky Health, host Dr. Wayne Tuckson talks with a longtime member of Louisville’s medical history society about how a group of pioneering doctors and nurses established facilities and provided services to African Americans in Louisville during a time of struggle.

Dr. Morris Weiss, M.D., is a cardiologist based in Louisville with over 50 years of experience. In addition to numerous other associations, he is a member of the Innominate Society, which is Louisville’s medical history society. Weiss received the Ephraim McDowell Physician of the Year Award in 2015.

Weiss, who graduated from Male High School in 1951 and earned his M.D. at the University of Louisville, learned medicine at a time when the civil rights movement was gaining momentum. He witnessed firsthand the tireless work of several prominent African-American physicians who served Louisville’s segregated black population during the 1950s.

But the story starts nearly a century before then. Louisville’s first African-American physician arrived from the University of Michigan in the late 19th century not only to establish a medical school for blacks, but also to advocate for equal rights and publish an influential community newspaper.

A native of Windsor, Ontario, Henry Fitzbutler was the first black to graduate from the University of Michigan’s medical school. He then moved to Louisville in the 1870s with his wife, Sarah, who later also became a doctor. Fitzbutler set up a practice to serve the city’s approximately 24,000 African Americans, located then as now mainly in Louisville’s West End, and started the Louisville National Medical College in 1888.

“Most of the medical schools in America [in the late 19th century] were proprietary; they were owned by one person or a group,” Weiss explained. “Fitzbutler owned this medical school completely by himself, and it was the only medical school in America at the end of the 19th century completely owned and operated by African Americans. He had a full faculty, he followed the AMA (American Medical Association) and the Kentucky regulations in terms of labs and libraries, and worked very hard to keep that up.”

Fitzbutler also lobbied the Kentucky legislature in Frankfort to end segregated education, and for over 20 years published the Ohio Falls Express. During this time, he often clashed in print with the nationally renowned editor of the Louisville Courier-Journal, Henry Watterson.

Fitzbutler died in 1901, and the Louisville National Medical College closed in 1914 soon after a landmark national report, written by Louisville native Abraham Flexner in 1910, that called for the end of smaller, proprietary medical schools. For over 40 years, aspiring black physicians in Kentucky had to seek training elsewhere, Weiss said.

Following Dr. Fitzbutler’s lead, in 1899 a group of African-American physicians in Louisville formed Red Cross Hospital (the hospital had no affiliation with the international humanitarian organization). Initially located downtown, the hospital moved in 1905 to Shelby Street in the area now between the University of Louisville and the Germantown and Highlands neighborhoods.

During its 76 years of operation, Red Cross Hospital served as a beacon of service and hope for Louisville’s growing black community, and received resources and financial support from that community as well from several white Louisville physicians and benefactors. One important supporter was Hattie Bishop Speed, one of the wealthiest women in the nation and the founder of the University of Louisville’s Speed Art Museum.

Weiss worked with several prominent African-American physicians from Red Cross Hospital early in his career, forming a lifelong friendship with the late Dr. Jesse Bell and his family. Bell and Dr. Maurice Rabb were the first black physicians to practice at a Louisville hospital outside of Red Cross, as both began seeing patients at Louisville’s Jewish Hospital in the 1950s.

Slowly, other Louisville hospitals began to receive black patients and welcome black doctors during the 1960s and 1970s, Weiss said. Red Cross Hospital fell into financial hardship in its final years, Weiss recalls, and briefly changed its name to Community Hospital before closing in 1975.

During its heyday, Red Cross Hospital was “an amazing institution,” Weiss said. “It was what every medical institution should be. It was compassionate, the patients loved it, the community loved it, they contributed to it financially as best they could, and it followed all of the Hippocratic traditions: relief from pain, relief from suffering, and do the best you can as a physician. The men that practiced there were incredible human beings.”

Perhaps the most important figure in making Red Cross an invaluable pillar of Louisville’s African-American community was not a man, and was a nurse rather than doctor, Weiss said. Mary Merritt, R.N., was the first black nurse to be licensed in Kentucky and was superintendent of nursing at Red Cross from 1914 to 1945.

According to Weiss, Mary Merritt “was the hospital” at Louisville’s Red Cross. “She took care of the patients, she was an administrator, she was an organizer, and she kept everybody’s morale high, and kept the doctors in line.”

Careers of Service and Activism

Mary Merritt led the only training program for African-American nurses in the state during the years in which the Day Law was in effect. Her work, and that of the other doctors, nurses, administrators, and staff at Red Cross Hospital, is worthy of remembrance and recognition, Weiss said. Many of them, including Drs. Bell and Rabb and their colleague Dr. John Walls, were active in the civil rights movement of the 1950s and 1960s. Through their hard-fought efforts, hospitals, clinics, and medical schools in Louisville finally opened their doors to African-Americans.

Biographies of these figures, along with many of those mentioned by Dr. Weiss, are in the Kentucky African-American Encyclopedia, which was released in 2015 and recently discussed on an episode of Connections With Renee Shaw. https://www.ket.org/history/the-kentucky-african-american-encyclopedia/ 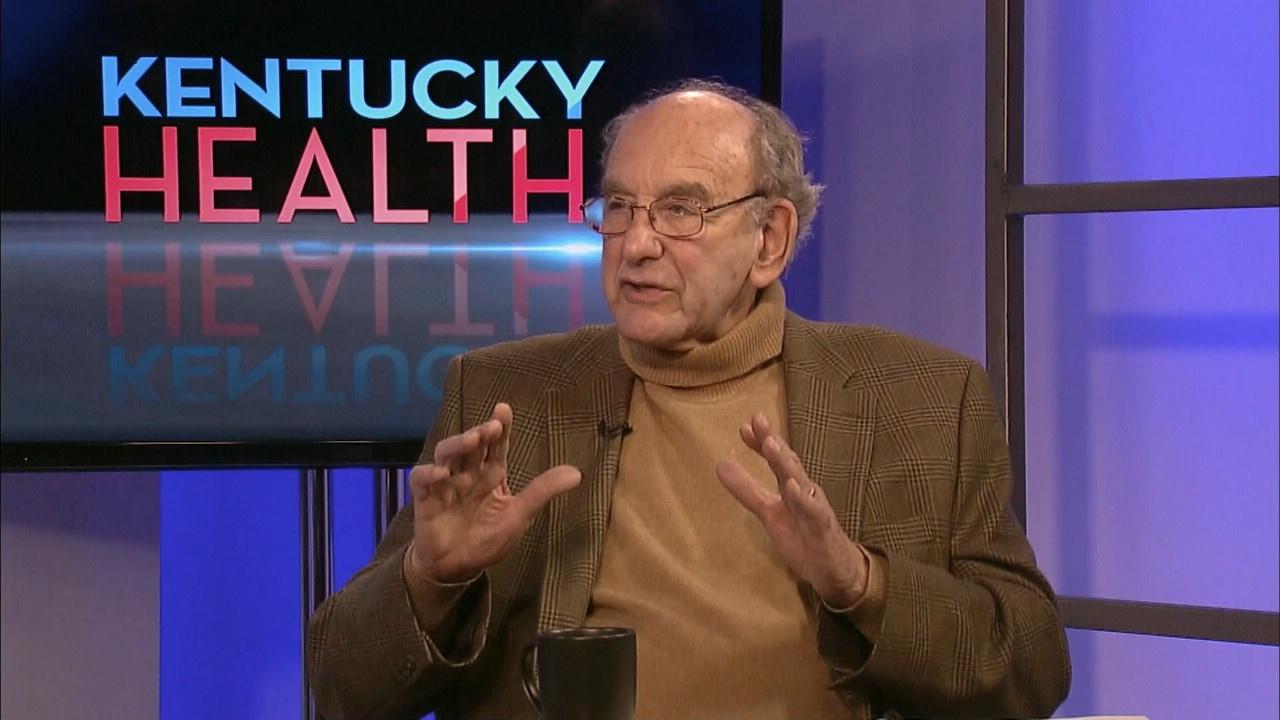